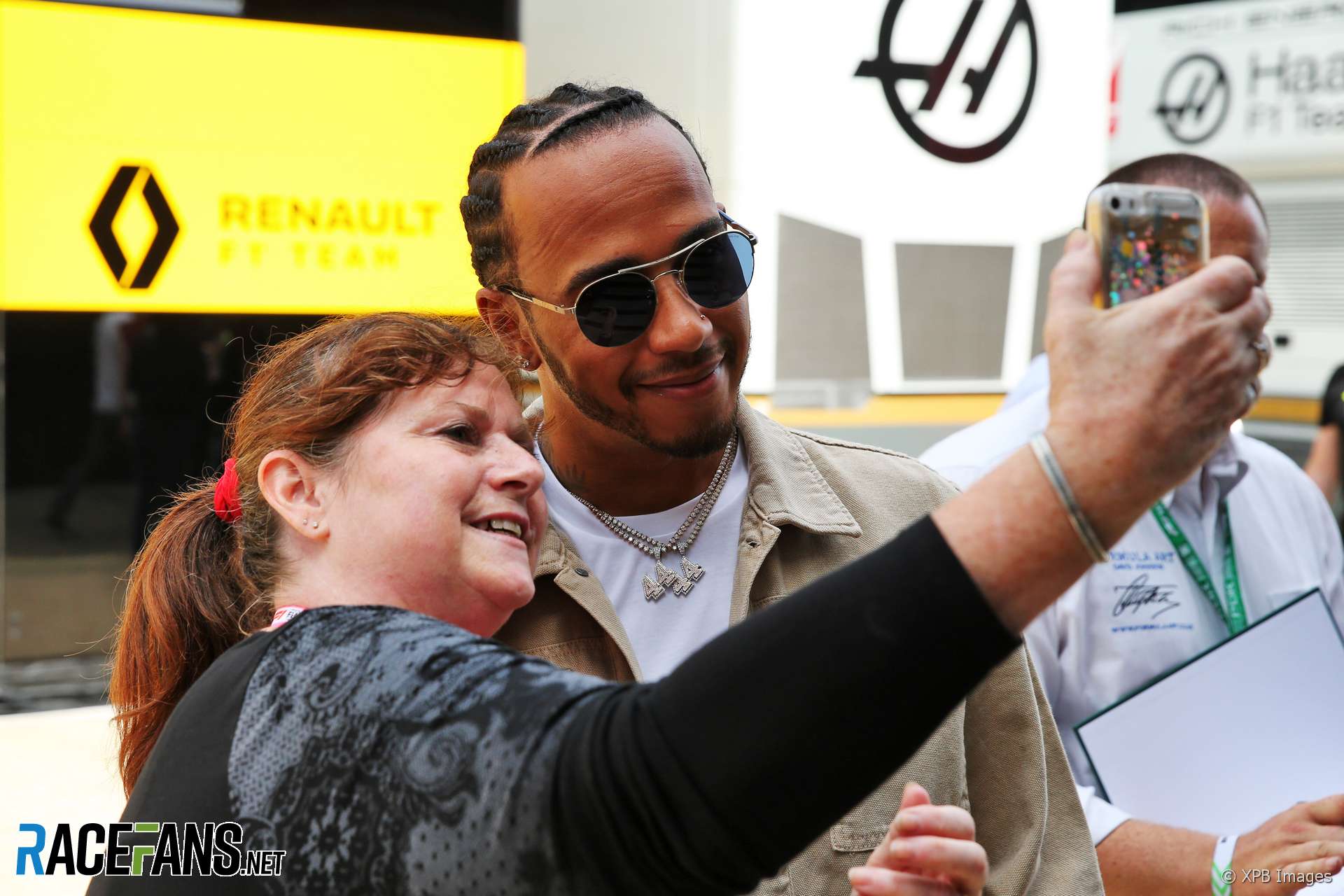 The promoters of the British Grand Prix have admitted they were concerned about the possible effect on the race of Lewis Hamilton retiring from Formula 1 earlier than expected.

The British Racing Drivers’ Club signed a 17-year deal to hold the British Grand Prix in 2009, when Hamilton was in his third season of Formula 1. However in 2017 the BRDC activated a ‘break clause’ inthe contract, bringing it to an end after this year’s race.

The following year Hamilton extended his contract to race for Mercedes which will take him up to the end of the 2020 F1 season. The BRDC subsequently announced on Wednesday it had signed a new, five-year deal had been signed with Formula One Management, keeping the race on the calendar until at least 2024.

BRDC chairman John Grant told RaceFans in an exclusive interview they had been concerned about the consequence of a possible slump in attendance if Hamilton had retired long before their contract expired.

“We were very bothered about that because we were worried he was going to retire early before we had replacements in place,” he said. “Now we think he’s going to stay there long enough.”

“So we’re not too bothered about that,” he added. “There would be an impact [if Hamilton retired] but demand is so strong at the moment that we think we’re pretty well covered. And actually starting from a sounder contract and a sounder business arrangement we can absorb that risk better than we would be able to before.”

Grant is also encouraged by the arrival of new British talents in F1 this year. “We’ve got the youngsters coming up which make us feel a bit warmer because Lando [Norris] is great, George Russell’s great, very personable, Alex Albon [who races under a Thai licence] as well.”

The new contract with F1 gives the BRDC more freedom to explore new ways of promoting its race, Grant added.

“Our international audience is very small. It’s about seven percent of our audience, very low. We’d like it to be more.

“We don’t compete with Belgium or France or anyone. Sure we’d compete with [a] London [Grand Prix], that would be an issue for us. But there’s no reason we can’t cross-promote to [other races] and try to attract each others’ audiences and maybe come up with some package deals to do that to actually give people a bit of encouragement to think differently. We’d like to do that.”