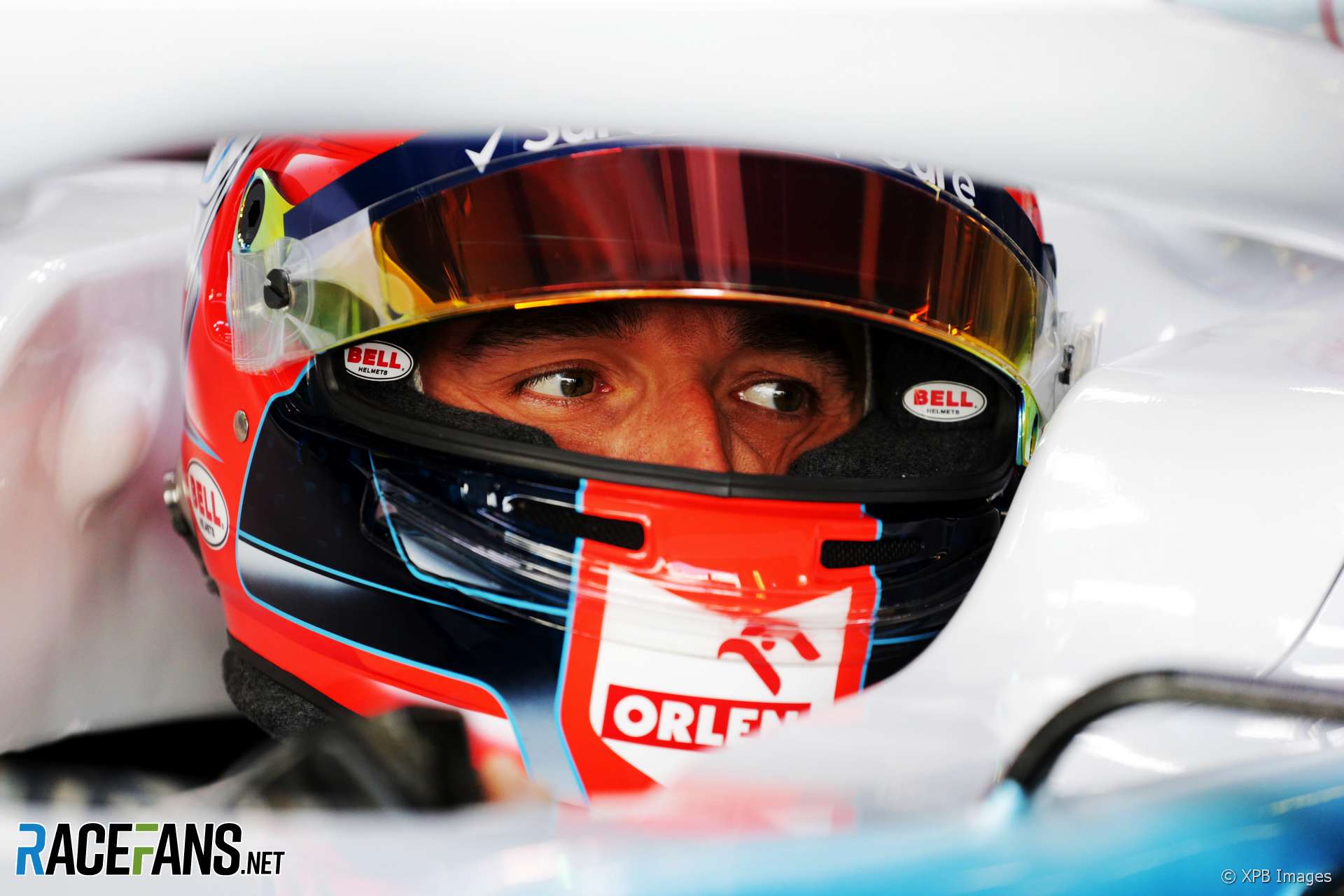 Kubica, who returned to Formula 1 this season eight years on from suffering serious injuries in a rally crash, has thus far struggled to match his rookie team mate George Russell. However Williams itself is suffering a poor season, its FW42 lagging well off the pace of the rest of the field.

“Robert is racing with us this year and will continue to do so,” she said. “I don’t know where this speculation has come from but in the past couple of weeks there seems to be a lot of speculation around about Williams.”

Williams said Kubica’s experience and technical feedback were especially valuable to the team given the difficulties it is experiencing with its car.

“One of the reasons that I wanted to bring Robert into the team was last year he did a great job for us as a reserve driver, and throughout last year we really saw his strength and his technical ability and his feedback. If you spend any time talking to Robert you know and understand how intelligent he is, how much knowledge he has around the car and its performance and how to get the most out of it.

“Obviously coming into this year, we knew where we were ahead of time and we knew therefore that we would need somebody, a driver, with that level of engineering intelligence that could really help translate what was going on in the car back to the engineers and back into the factory and that was a key reason why we brought him on board. And he has continued that process with the engineers. He has been invaluable in helping to drive the performance that you are seeing we’re bringing to the car over the course of this season.”

Kubica’s recovery from his injuries bears comparison with Frank Williams’ return to lead his team after he suffered paralysis in a road car crash in 1986, said Williams.

“Robert, as a person, he’s incredibly hard working and he’s very focused on what he’s here to do. We all know where he has come from and the accident that he has had and for anyone to come back into our sport having experienced such an accident is quite remarkable. It shows his resilience.

“The only other person I’ve seen that in myself, in my lifetime, is Frank. To come back from such serious injuries, to have that level of determination is really quite extraordinary and I think that probably sums Robert up in a nutshell.”

15 comments on “Kubica’s place at Williams not under threat”