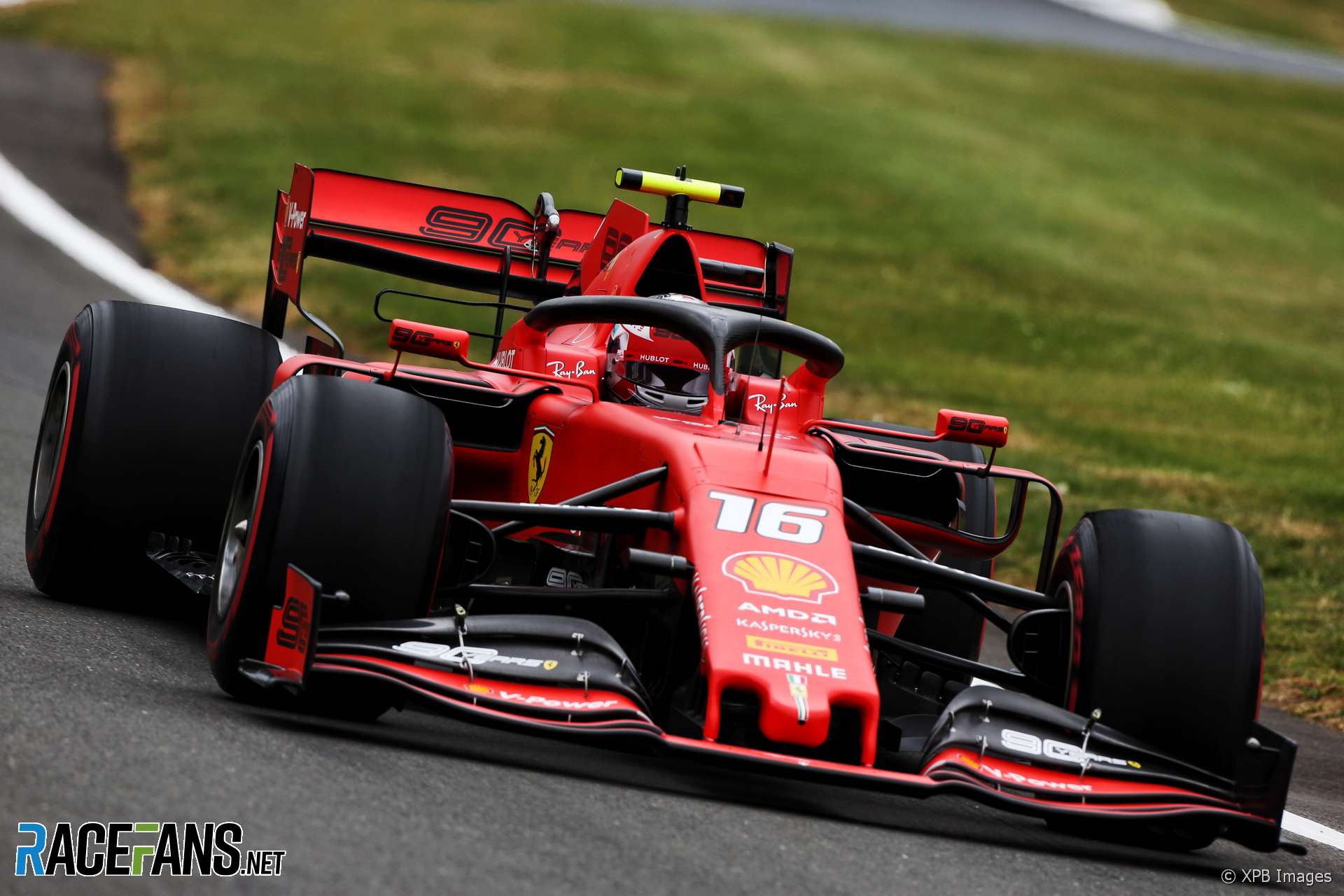 Charles Leclerc says Ferrari are closer to Mercedes than they expected to be but expects it will be hard to fight them for victory in the British Grand Prix.

“If we look at the Friday race simulations I think it’s going to be very difficult to fight with [them],” said Leclerc. “[Lewis Hamilton’s] race run was very strong.”

Leclerc will start third with the two Red Bulls behind separating him from team mate Sebastian Vettel. The Ferraris will begin the race on soft compounds tyres but their immediate rivals have chosen the mediums.

“Red Bull seems to be very quick also in the race run so it’s going to be tricky,” Leclerc said. “If we manage to gain some positions at the start, it’s a track where it’s quite hard to overtake so then we have some chances to keep them. But if not I guess it’s going to be very difficult to fight with them.”

The Ferrari driver said he was “very happy” with his lap in Q3 and said there was little chance he could have beaten either of the Mercedes.

“In the last corner I maybe could have done a little bit better but not much,” he said. “Overall I think we are very happy with the performance, very close to Mercedes.

“We did not expect it, we thought we would be struggling more this weekend. We have been struggling since FP1 with the front end of the car, still in qualifying, maybe a little bit less. So it’s a good qualifying for us. Of course I hoped for a higher position but that is the best we could have done today.”