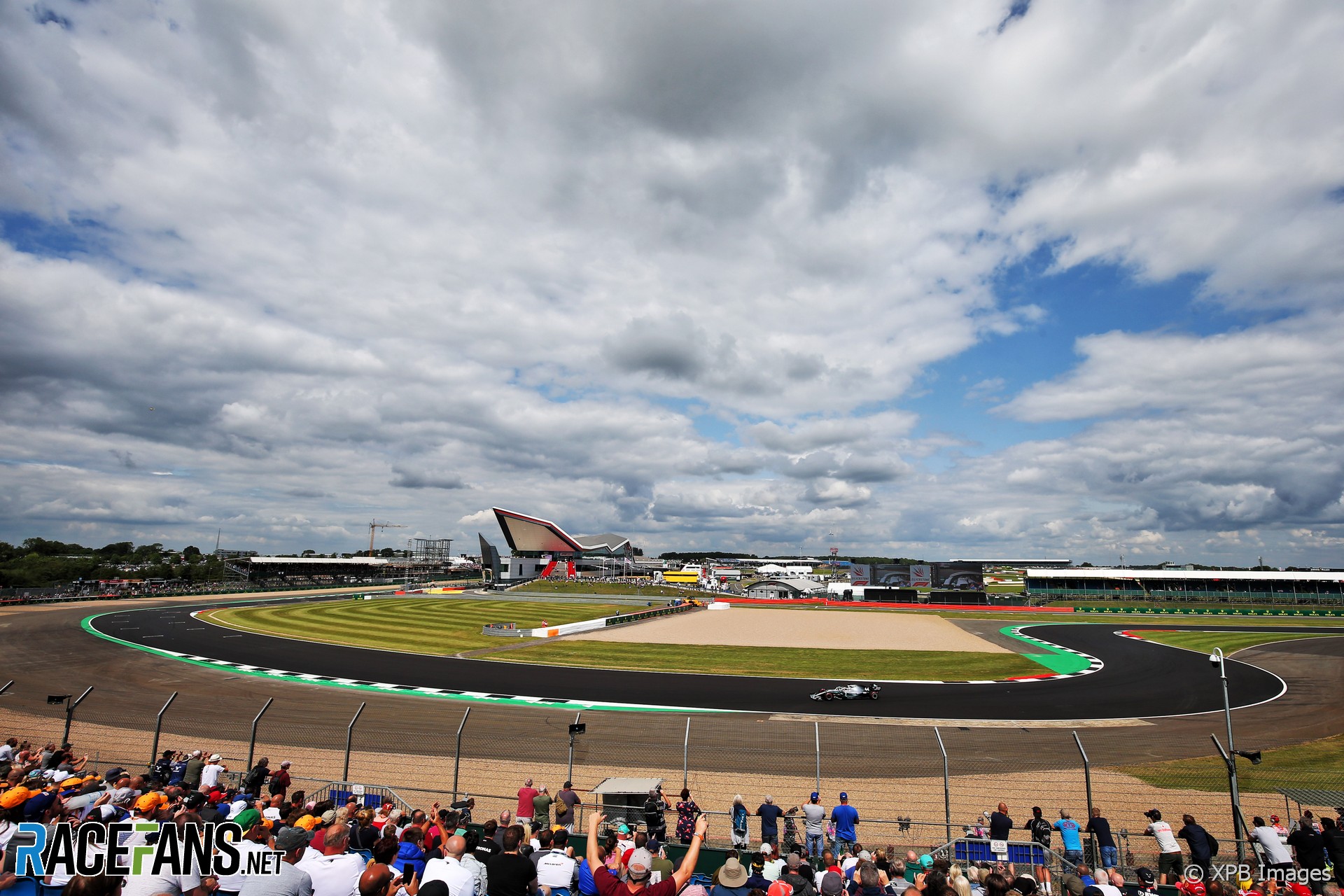 Next year’s British Grand Prix will be held earlier in the season, @DieterRencken discovers during his rounds of the Formula 1 paddock at Silverstone.

After a hearty breakfast I head for the circuit. Despite my concerns about the amount of traffic which will be around on the last working day of the week it all flows smoothly. However my satnav directs me along an alternate route to the circuit using B-roads and through Silverstone village, suggesting the main A43 byway is under pressure.

In the event I made it to my bed and breakfast to the Silverstone car park within 35 minutes. However, the main park is full, so I’m directed onto a grassy field, and walk 150m or so to the red buses that shuttle us to the paddock. 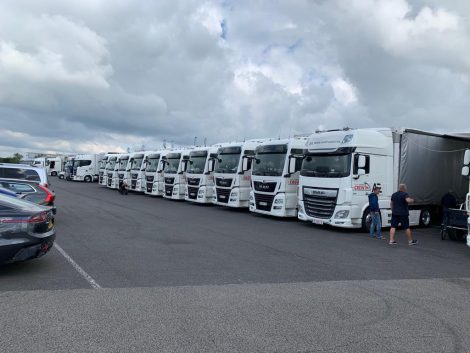 While awaiting the shuttle I realise why the car parks are full: parked on prime property are a fleet of 15 or more truck-tractors, each bearing the legend ‘Red Bull Crew, Energy Station’. If it rains – as it is expected to at some stage this weekend – and we’re stuck in muddy fields, we know whom to blame. They can’t park these behemoths on grass, but surely they could sleep outside the circuit?

Meet up with my friend Cedric Selzer. We have coffee at Williams where Jonathan – the eldest son of Frank and Virginia, who runs the company’s heritage assets – joins us. During the start of FP1 he regales us with stories about the team’s good old days, and proves to be a fount of knowledge about all matters Williams. Unfortunately many of his stories are so good they unrepeatable…

At the FIA press conference the main topics of conversation are the saving of the British Grand Prix, and succession planning at Liberty. As RaceFans revealed in May, a number of employment contracts are said to be expiring, with the word being that Chase Carey will step back from his F1 CEO role. but continue as chairman.

A number of figures said to be in the running, including Toto Wolff and Christian Horner, so I ask the later whether he could see himself accepting the CEO position. Christian is adamant his focus is to return Red Bull Racing to title-winning performance, but let’s see what happens were the role to be offered to him – and ditto Wolff.

I meet Keith and Cedric for lunch at Pirelli; Cedric has octopus, Keith and I choose from the excellent buffet, then round off a superb meal with tiramisu. We head our separate ways: Ced to McLaren to watch second practice, Keith to the media centre to bring you the latest from the session, while I roam the paddock in search of gossip.

On my rounds I learn from sources in the loop that next year’s British Grand Prix is scheduled to run from June 26th to 28th, thus two weeks earlier and effectively switched with this year’s French Grand Prix weekend. Why so?

Apparently the Tour de France starts on 27th June in Nice, with some stages straying towards Marseilles, and, with politicians in the region being heavily involved in supporting the grand prix, it seems they are concerned that holding two major events on the same weekend will put a squeeze on traffic and hotels. So, get booking your Silverstone stays for 2020 before local accommodation establishments get wise to the date change and hike their prices.

Interviews, with the main topics of note being that some drivers find the circuit’s much-vaunted new surface to be bumpy in parts – Daniel Ricciardo suggests Moto GP won’t be impressed – and that variable wind during both sessions was responsible for a number of the spills.

The ongoing Rich Energy saga is keeping everyone in the paddock amused – except for, understandably, Haas personnel. Let’s not forget that most team bosses had dealings with the spectacularly-bearded Richard Storey – whose position in the company is now a matter of considerable speculation – given that at some stage he unsuccessfully tried to cut deals with a number of them, so there are plenty of anecdotes about.

Time to catch the shuttle to the BRDC Clubhouse, where the club is hosting its traditional media evening. The 2020-24 grand prix contract renewal obviously provides cause for celebration, while the event also serves to introduce the BRDC Superstars junior programme to the media.

This year’s F1 newcomers Lando Norris, George Russell and Alexander Albon all came up through the programme which, as at January this year, had seem its alumni score 371 wins, 1,514 podiums and 320 pole positions in feeder formulae during its 11-year existence. That is some record.

Fortunately the BRDC serves a supper – including delicious mini cheeseburgers – so no need to stop on the way back to my bed for an early night.