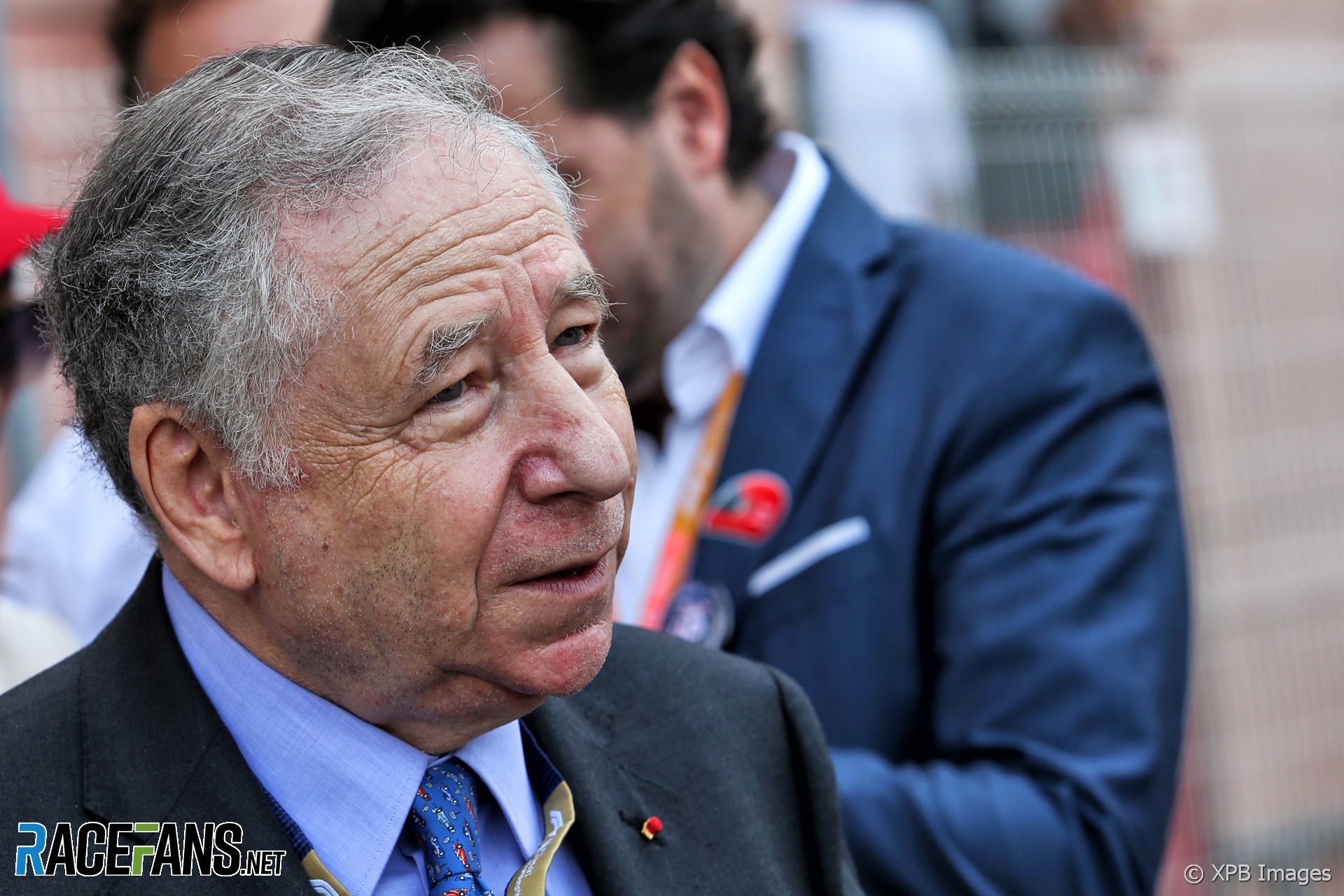 FIA president Jean Todt has proposed a radical overhaul of the Formula 1 rules to ban what he calls “driver aids”.

Speaking in an exclusive interview for RaceFans, Todt outlined how he would ban innovations such as anti-stall, telemetry and virtual garages to increase unpredictability and create more entertaining races.

“We need to consider the list of all driver aids,” said Todt, naming the cars anti-stall devices as one example of an aid which assists the drivers.

“Why do we have that?” he asked. “We want more opportunities for a driver to make a mistake.” Eliminating anti-stall could create more problems for drivers at the start of races. “Like happened when Michael [Schumacher] probably lost the championship in ’98,” pointed out Todt, who ran Schumacher’s Ferrari team at the time.

Todt also highlighted the amount of data teams generate from the cars and the vast numbers of staff employed in the factories to problem real-time support during race weekends as examples of ‘aids’ for he drivers which increase the predictability of races.

“All that we should get rid of,” he said.

The FIA president has also recently spoken up in favour of reintroducing refuelling, which was previously banned at the end of 2009 to improve safety and reduce costs. He told RaceFans this will satisfy the drivers’ demand for lighter cars. Currently teams have to carry a full race fuel allocation of up to 110kg from the start of a grand prix.

“I said let’s consider if there is a complaint cars are too heavy,” said Todt. “If they are too heavy, let’s reintroduce refuelling.

“They say it’s expensive, and I say look at the motorhomes,” he added.