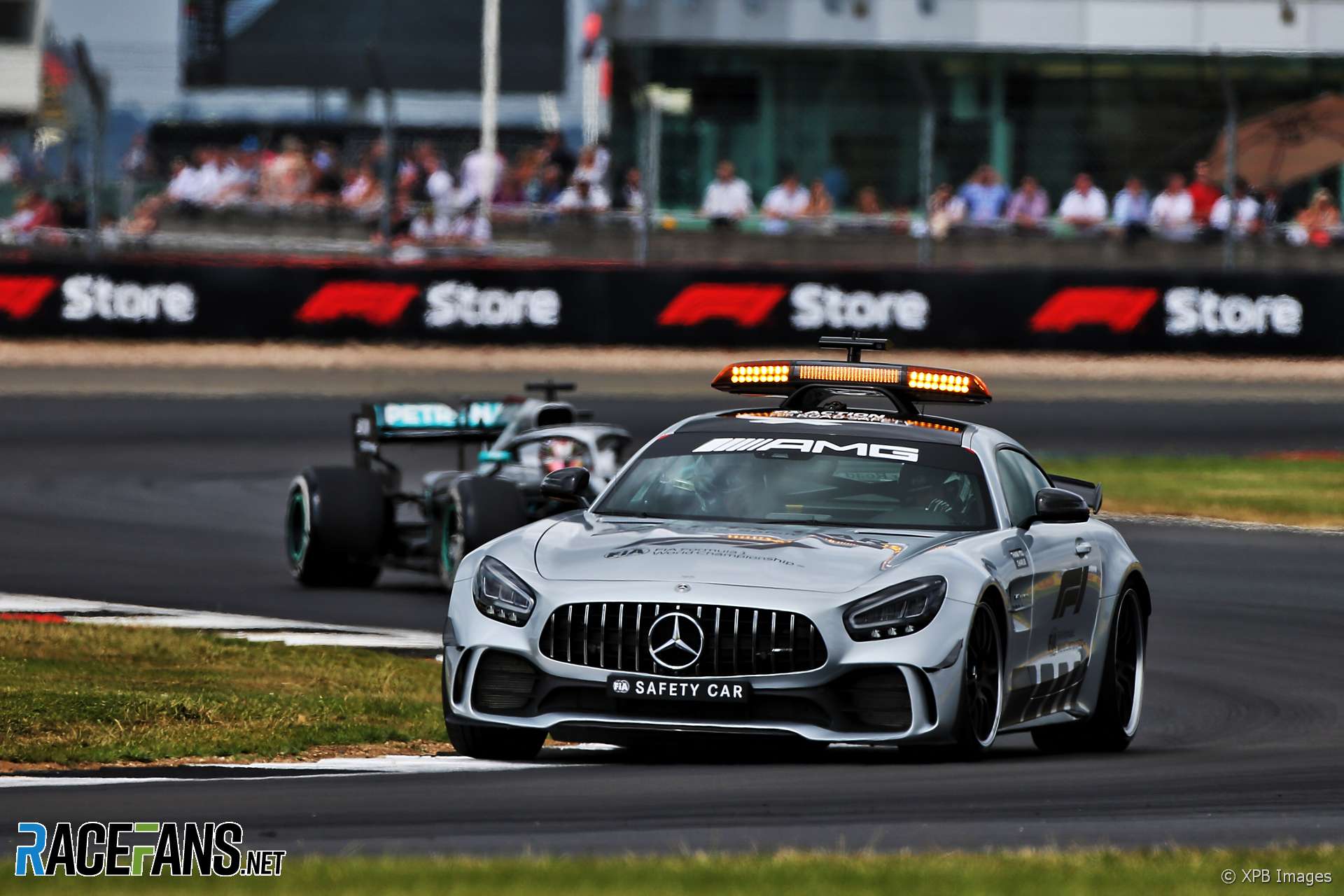 Lewis Hamilton says he opted for the one-stop strategy which meant he would have won the British Grand Prix even if the Safety Car hadn’t appeared.

Mercedes team principal Toto Wolff said the team had taken the unusual step of agreeing that whichever driver was running second could run an ‘offset’ strategy – i.e. switch to the hard tyre instead of taking a second set of mediums.

“In our strategy meeting in the morning actually the drivers brought up whether there was an offset strategy possible for the guy running second,” Wolff explained. “Because if you put them on the same tyre it is probably how the other race is going to end.

“So picking up on the suggestion we decided that the second place driver would run an offset strategy with a hard tyre in the middle. We weren’t quite sure whether one stop would make, probably rather thinking it would be a two, also because of a lack of data on the hard.”

Wolff said the appearance of the Safety Car helped swing the race in favour of Lewis Hamilton, who was running the ‘offset’ strategy.

“This is exactly how it panned out. Obviously both of them drove a brilliant race, both of them would have deserved to win the race and in that instance the Safety Car swung in favour of one driver.”

However according to Hamilton it wasn’t specified that the second-placed driver would run that strategy. He said the decision was made by him during the race.

“It wasn’t agreed, it was said that we could,” said Hamilton. “So I looked at the options and of course I want to always try and offset.

“So when Bono [race engineer Peter Bonnington] came on the radio and said ‘what tyre do you want?’ I said ‘I want the hard’.

“Did we know that we could do a one-stop with it? Not really. But as soon as I got onto it, it was quite strong and didn’t look like it was particularly starting to give up any time soon. So I decided to stay out.”

Hamilton said he was determined from that moment to complete the race without pitting again and he felt the appearance of the Safety Car made no difference to the outcome.

“When he pitted on lap 16, I think it was, my plan was to offset as as much as I could. And so I think I went four laps or something and I probably could have done another lap or two.

“If I’d done another lap it probably would have got to two-and-a-half maybe and I would have come out on my fresh hards and I could have just sat behind him if I wanted to and then he would have had to pit. So I would have still had that 21-second gap.

“So it didn’t really make a difference. Even I was behind him, I would of course try to overtake him, but in hindsight I didn’t actually need to do that.”