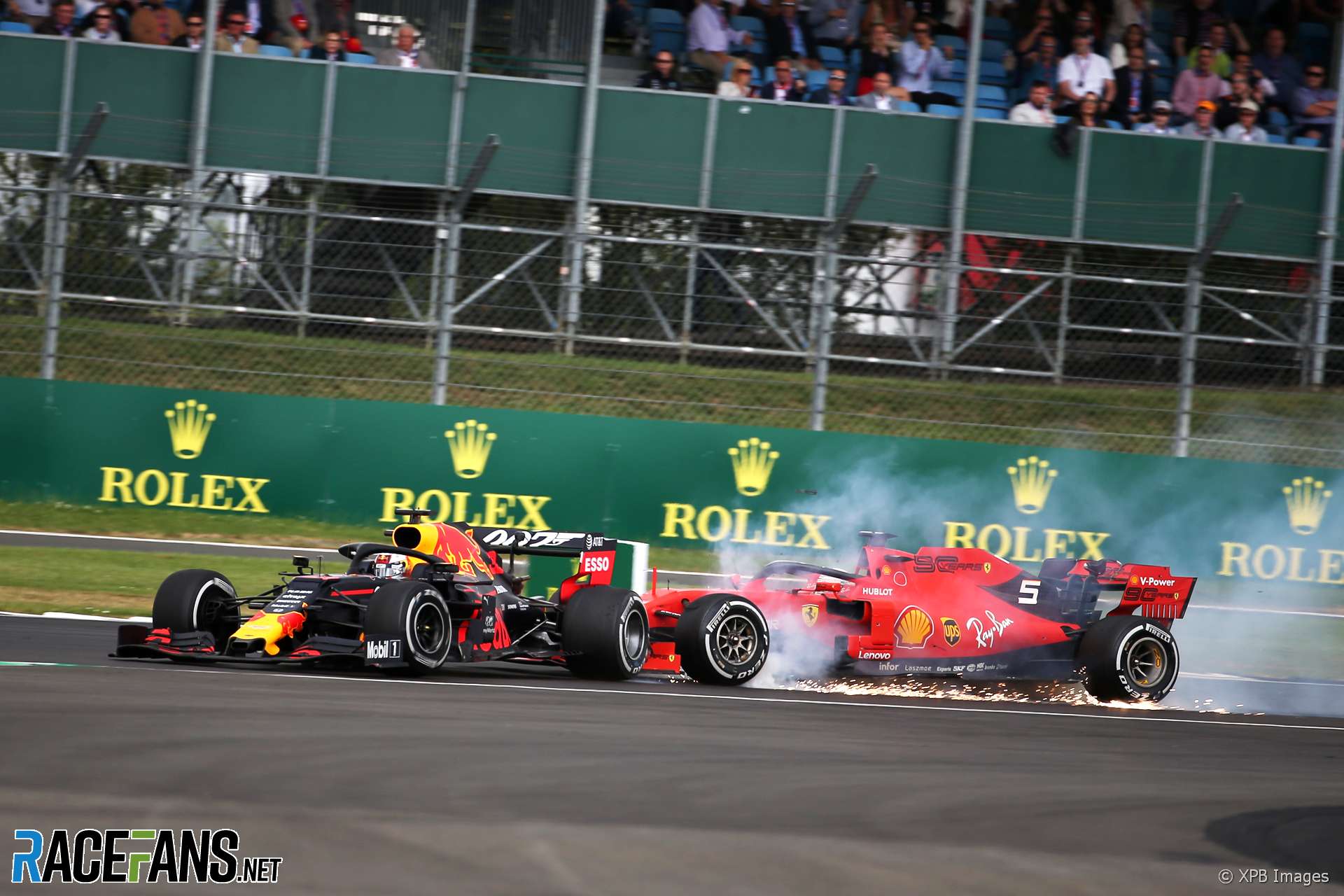 In the final Silverstone Paddock Diary: Sebastian Vettel has two crashes in one day, the BRDC is getting a new president – and is F1 about to get a new team? @DieterRencken reports from the track.

Up and final packing before check-out after a full English breakfast. I’m due to meet some folk for coffee at the BRDC Clubhouse at 9am, so plan to leave within the hour to ensure I’m parked up and in the paddock by the agreed time. In the event, so easily does the traffic flow, I arrive early, having only stopped for around five minutes at the main gate.

I pick up that Toto Wolff invited his F1 peers to dinner at his nearby pile the previous day. The team bosses I approach coyly indicate it was a purely social evening attended by around 18 guests, suggesting some teams had more than one representative. When I suggest F1 business must have been discussed – logical given the current state of play – to a person they clam up and refuse to comment further.

Why this secrecy pact if the get-together was purely social?

Another snippet I pick up is that a former team boss is said to be considering entering a new team from 2021/22, and was present in Silverstone investigating the lay of the land. It is too early to suggest that the project will fly so it would be unfair to name-drop, but sources suggest he was posing some serious questions. F1 needs at least one more team, so I hope the project comes off.

Lunch time: brisket tacos and baked potato in the media canteen with some colleagues. Over lunch we discuss the day’s crowd numbers, having heard whispers that race day attendance is expected to set a record at 141,000, although Saturday’s audience is slightly down on previous years. Still, Silverstone seems to be doing something right – although the crowd makes up around 0,23 per cent of the country’s population.

That said, on the same percentage basis Bahrain’s 35,000 audience is ten times bigger, yet the desert island’s crowd sizes are often ridiculed. Food for thought next time Liberty trots out attendance figures – market share is at least as significant as headline numbers. 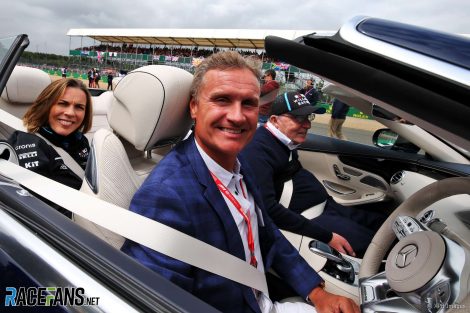 Time for a last sweep of the paddock before heading for the grid some 20 minutes later. While on the grid a BRDC whispers to me that David Coulthard will be announced as the new president of the BRDC, possibly as soon as Monday. It seems it’s a two-year gig, and that of Paddy Hopkirk (see yesterday’s diary) expires in September. Congratulations to DC, and fare thee well, Paddy.

The race start time is an hour earlier here than in Austria and it feels a much better fit. There is little wasted time after lunch, while we have an additional hour after the race during which to grab drivers and team personnel for interviews.

Yet Liberty, which has ready access to F1 figures, persists with a timetable that suits very few – certainly none of my acquaintance. I often wonder which research they used to justify the later timing and, above all, whom they asked. I increasingly believe it is all part of a masterplan to gradually stifle the independent media by restricting our access, leaving fans more dependent on PR-style ‘news’. 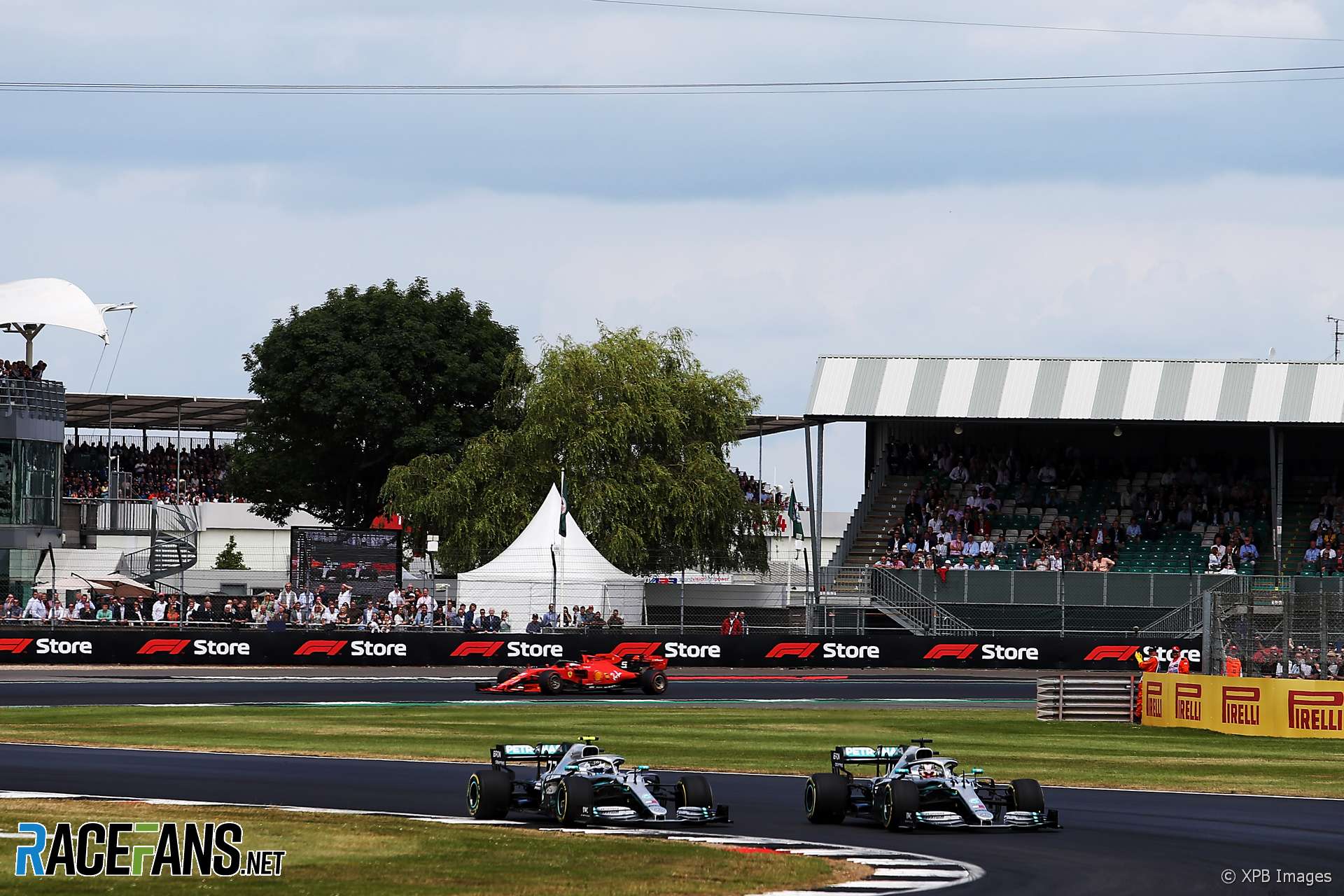 We thought the Austrian Grand Prix was a cracker, but Silverstone potentially outstripped it, with wheel-to-wheel racing from the off between the front runners. Valtteri Bottas and Lewis Hamilton thrillingly duke it out for the lead, and Sebastian Vettel unfathomably bundles Max Verstappen into a gravel trap at Vale.

Unfortunately an Antonio Giovinazzi-triggered Safety Car period deprives us of a second helping of action between the Mercedes. Later race director Michael Masi tells us race control had no alternative to this course of action; deploying the Virtual Safety Car was not an option given the location of the stranded Alfa Romeo near the pit lane entrance.

Afterwards I speak to eight drivers in the ‘mixed zone’ – around double my usual quota, which may (or not) be down to the extra post-race hour – then head for McLaren to Andreas Seidl’s media debrief. The German makes clear that regardless of reasons for Lando Norris’s strategy botch, the buck stops at his slot on the pit wall. Such taking of responsibility provides refreshing proof that McLaren’s matrix structure is dead.

At Masi’s post-race debrief confirms my information that he has been confirmed as F1 race director for the balance of the season rather than operating on a race by race basis. Clearly Michael, who stepped into Charlie Whiting’s very large shoes at extremely short notice and under trying circumstances, has proven his mettle over the past 10 races, so my hearty congratulations to you, mate.

Pack up and depart media centre, then head for England’s south-west coast and the Channel Islands for a brief break before the German Grand Prix. At the main exit I hear a loud crunch as the beige Maserati Levante ahead crashes into a double-decker bus, causing some rather expensive front-end damage to the Maser.

Out of the passenger to check the damage steps a rather annoyed looking Sebastian Vettel, who must clearly be wondering whether his driver mistook the red bus ahead for Max Verstappen’s Red Bull. I guess the chauffeur will face something more serious than a 10-second penalty…