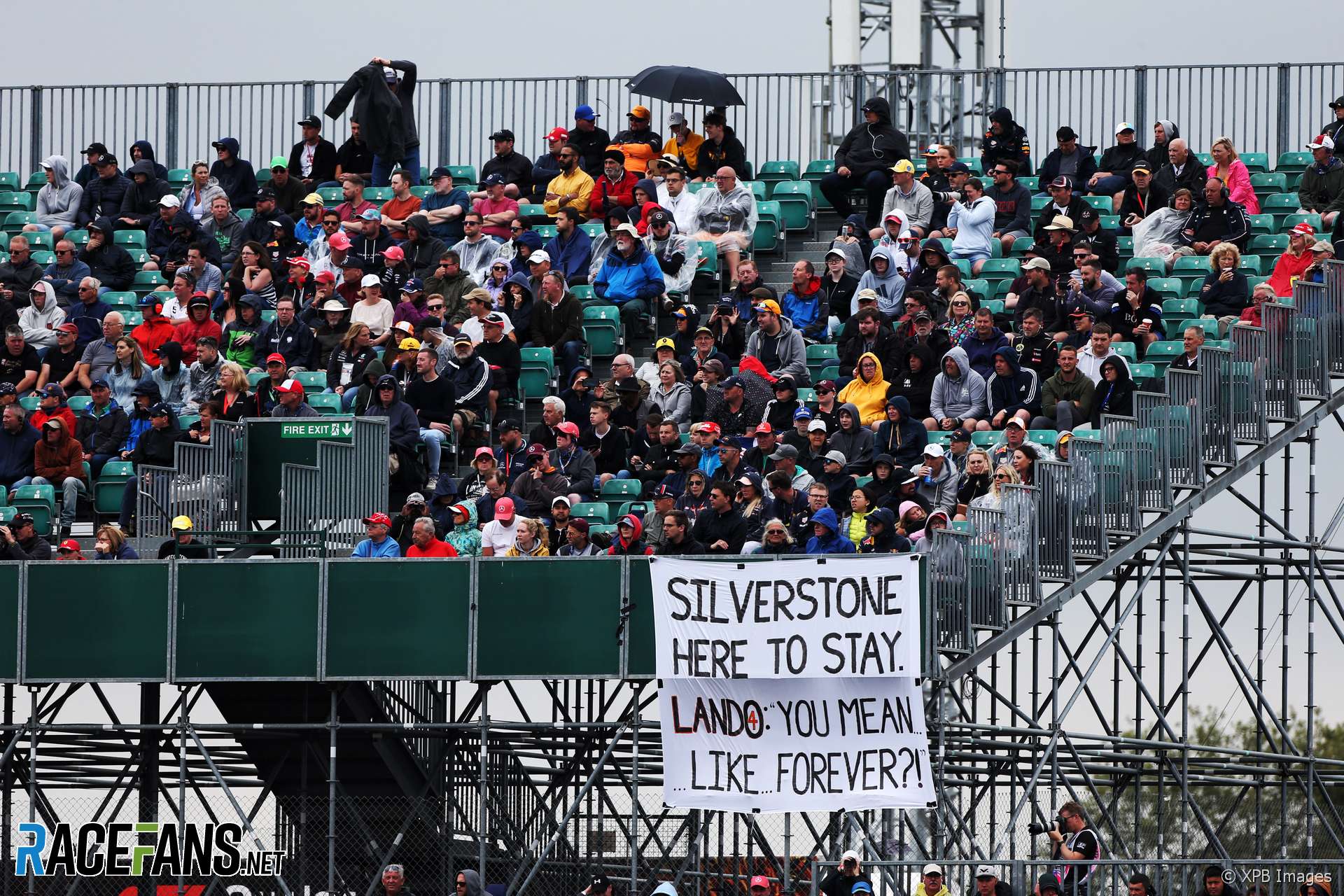 In the round-up: Red Bull team principal Christian Horner says he would like to see a street race in London as a one-off event.

I think you know London would need to be a one-off event. It’s not the type of venue that would be there every year. But if ever it was a if ever it was possible I still think it’d be fantastic to see a Formula 1 car race around the streets of London. But it would mean it would be an additional race to Silverstone, which is the natural home of Formula 1.

If it’s another fantastic venue and circuit that adds to a 21-race calendar, if we’re fortunate enough that two of those are in this country then I’d certainly take it. And hopefully now with it’s been an amazing crowd here this weekend. Huge support. Hopefully now with the investment that Silverstone will be able to make with the longevity of their deal we’ll start to see more fans getting closer to the pits in the infield here.

Howls of disapproval in the media centre as the @F1 television director cuts away from the @LewisHamilton/@ValtteriBottas battle to a shot of the crowd. #F1 #BritishGP

Just to disavow people of lies from @HaasF1Team please see below. @rich_energy terminated the agreement as we said. The team have accepted contrary to their public denial.They were complicit in trying to oust CEO William Storey who even gave them a £35m personal guarantee #truth pic.twitter.com/RZodxJd4js

Nico Hulkenberg: "Our strategy could have been smarter, I was hit at the Safety Car restart and lost a place there and then near the end I had to go into an engine limp mode for a couple of seconds which again put me back."

Guenther Steiner: "The best that our drivers could bring to the battle was a shovel – to dig the hole we’re in even deeper."

Max Verstappen: "I honestly don’t know how I brought the car to the finish as it felt like the power steering failed and the floor was damaged, so I’m actually happy to finish fifth and score some points."

Sergio Perez: "During the safety car period I also had an issue with my steering wheel, which affected the brake balance and meant it was too far forward. That’s why I ended up hitting Hulkenberg because I couldn’t stop the car enough; I damaged my front wing and dropped down to last. I cannot believe the tough luck we had today."

After yet another mistake, should Sebastian Vettel consider retiring from F1?

I have never been his biggest fan but even I am starting to feel sorry for him. You don’t win four championships by being an average driver but evidence seems to suggest that he has been on the decline since 2014.

With Leclerc starting to prove the more dependable driver I think – and I’m going to stick out my neck on this one – that he should genuinely consider quitting at the end of the season.

The past two years haven’t done Vettel’s stock much good. Imagine if the same continues to happen this year and next. It would be sad if history was to look back on him in a negative light because I genuinely believe that he deserves to be up there despite the past two-and-a-half years.
@Blazzz

Happy birthday to JV and Ridzki!