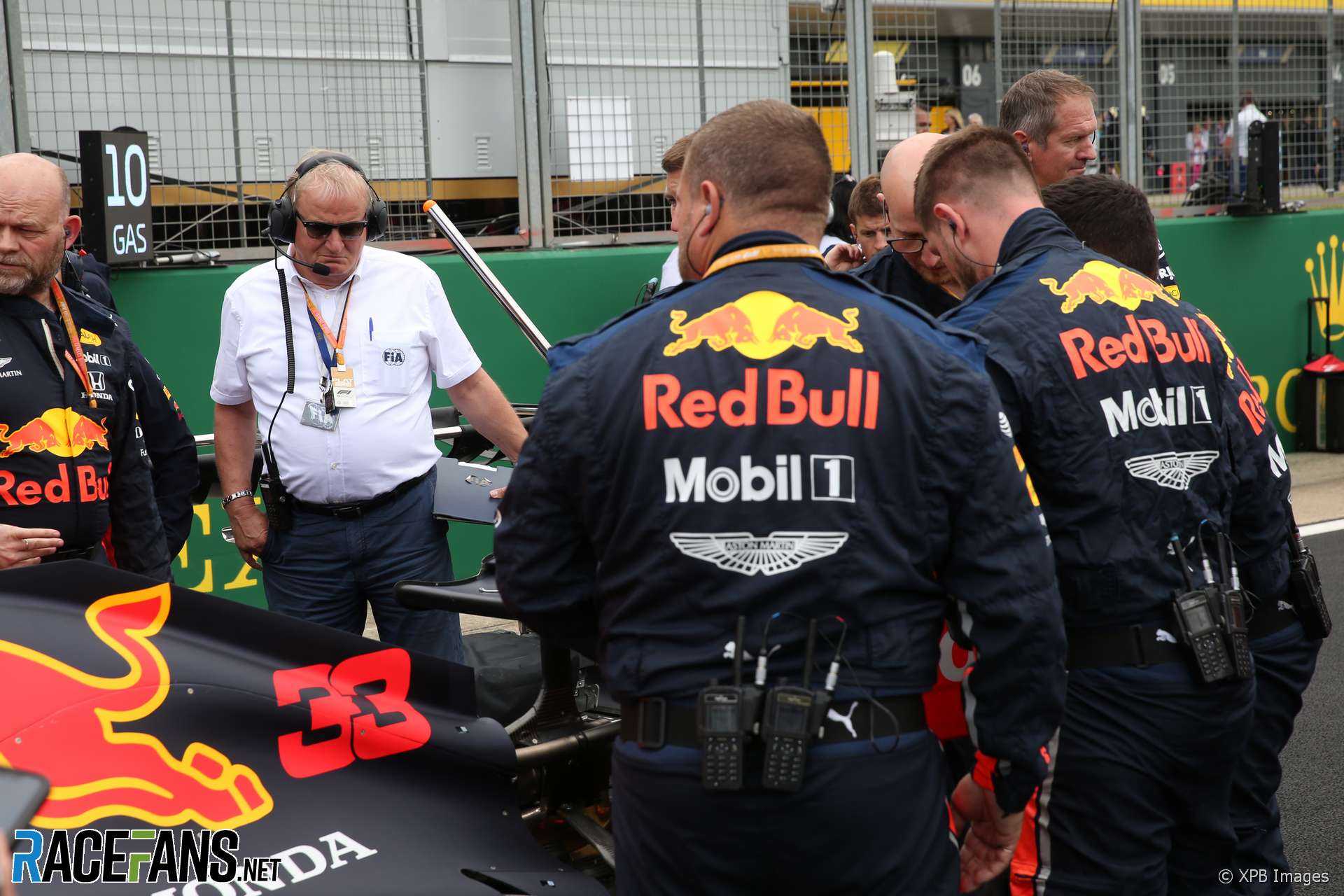 Red Bull changed the rear wings on both their cars on the grid before the start of the British Grand Prix after discovering cracks in them during a routine inspection.

Team principal Christian Horner said the wings were replaced on Max Verstappen and Pierre Gasly’s cars as a precaution after the team obtained permission from the FIA.

“One of the mechanics, just doing one of the checks, found a crack in the rear wing of Max,” Horner explained. “So we applied to get permission to change it.

“There was [also] an inspection on Pierre’s and we could see the very start of a crack appearing in the same place. So permission to change them both was granted. And so just as a security we did that.”

The wings were also reinforced with adhesive and tape on the grid moments before the cars were sent off on the formation lap before the start of the race.

Both drivers went on to finish the race. Gasly took fourth ahead of Verstappen, who brought his heavily damaged car home fifth after being hit from behind by Sebastian Vettel. Horner said it was “quite incredible” Verstappen managed to finish given the damage to his RB15.