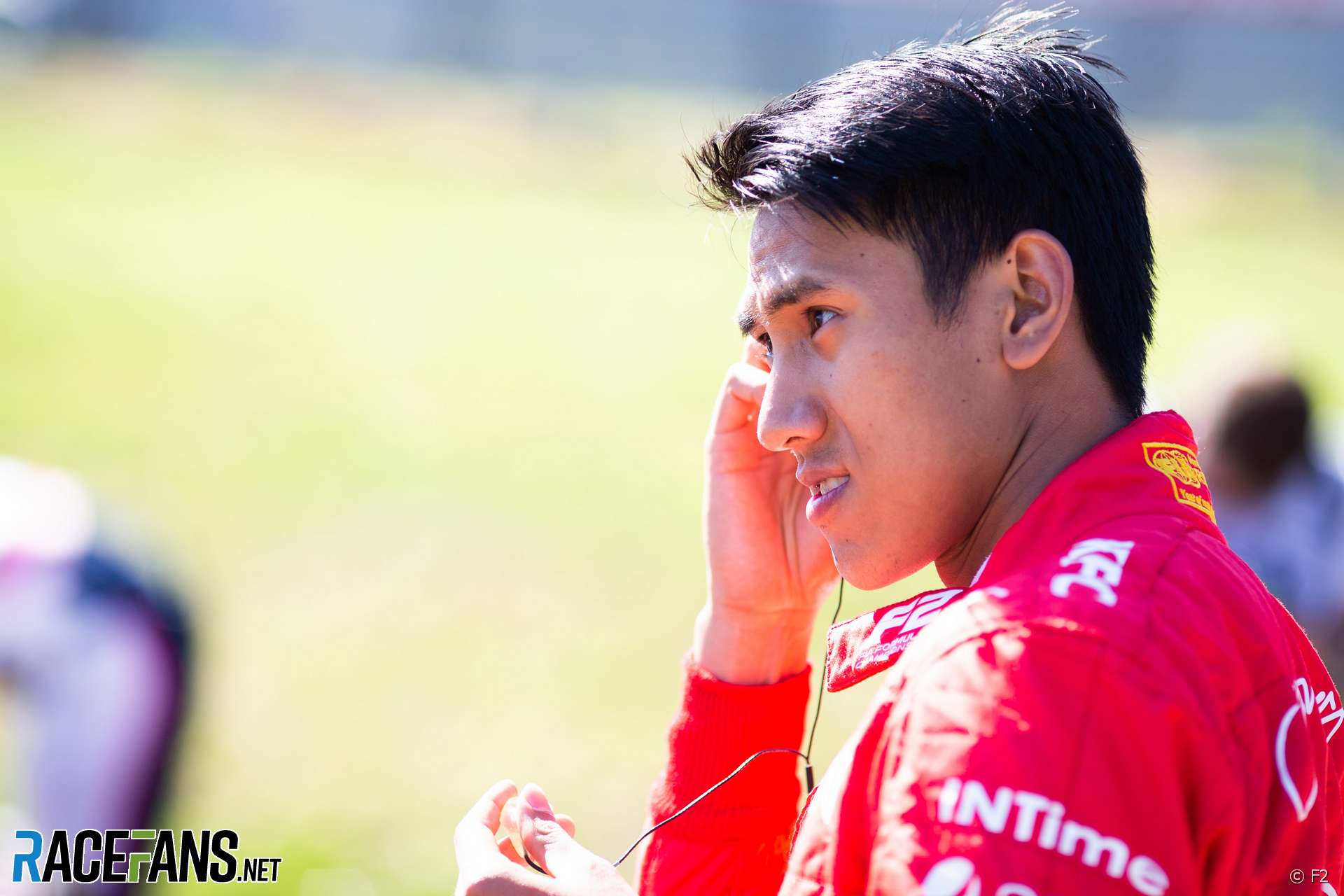 Formula 2 driver Sean Gelael sat out both races at Silverstone after moving within two penalty points of a one-race ban due to an incident in practice.

The Prema driver withdrew from the weekend shortly before the first race on Saturday after the stewards revised their original assessment of his collision with Louis Deletraz and handed him a three-place grid penalty in addition to the licence endorsement.

The original decision against Gelael was taken at 13:55 on Friday, less than two hours after he tangled with Deletraz during the Friday practice session. The revised decision was handed down at 11:55 the following day, three-and-a-half hours before the first race was due to start. It would have dropped Gelael from 18th to 20th and last on the grid.

Formula 2 CEO Bruno Michel expressed sympathy for Gelael over the handling of the matter.

“It’s never the promoter’s place to give an opinion on the steward’s decisions,” Michel told the official Formula 2 website. “However, I can only regret the way Sean’s penalty was revised at the last minute just ahead of the feature race.

“I can fully understand Sean’s frustration and reaction. I can only hope that he will return to the grid to finish the season as he and his family have been an important part of this category for the past four years.”

The collision was the latest in a series of incidents for Gelael this year. He collided with team mate Mick Schumacher on the opening lap of the feature race in France and was excluded from qualifying in Azerbaijan for knocking over two marshals who were helping him restart his car.

Gelael has reached a total of 10 penalty points on his licence, leaving him just two away from being banned from the next event. Last weekend’s race saw Mahaveer Raghunathan return from the one-race ban he incurred at Paul Ricard.

Prema did not respond to a request for comment from RaceFans. The championship will not support F1 at the German Grand Prix, meaning the series will resume at the Hungaroring next month.