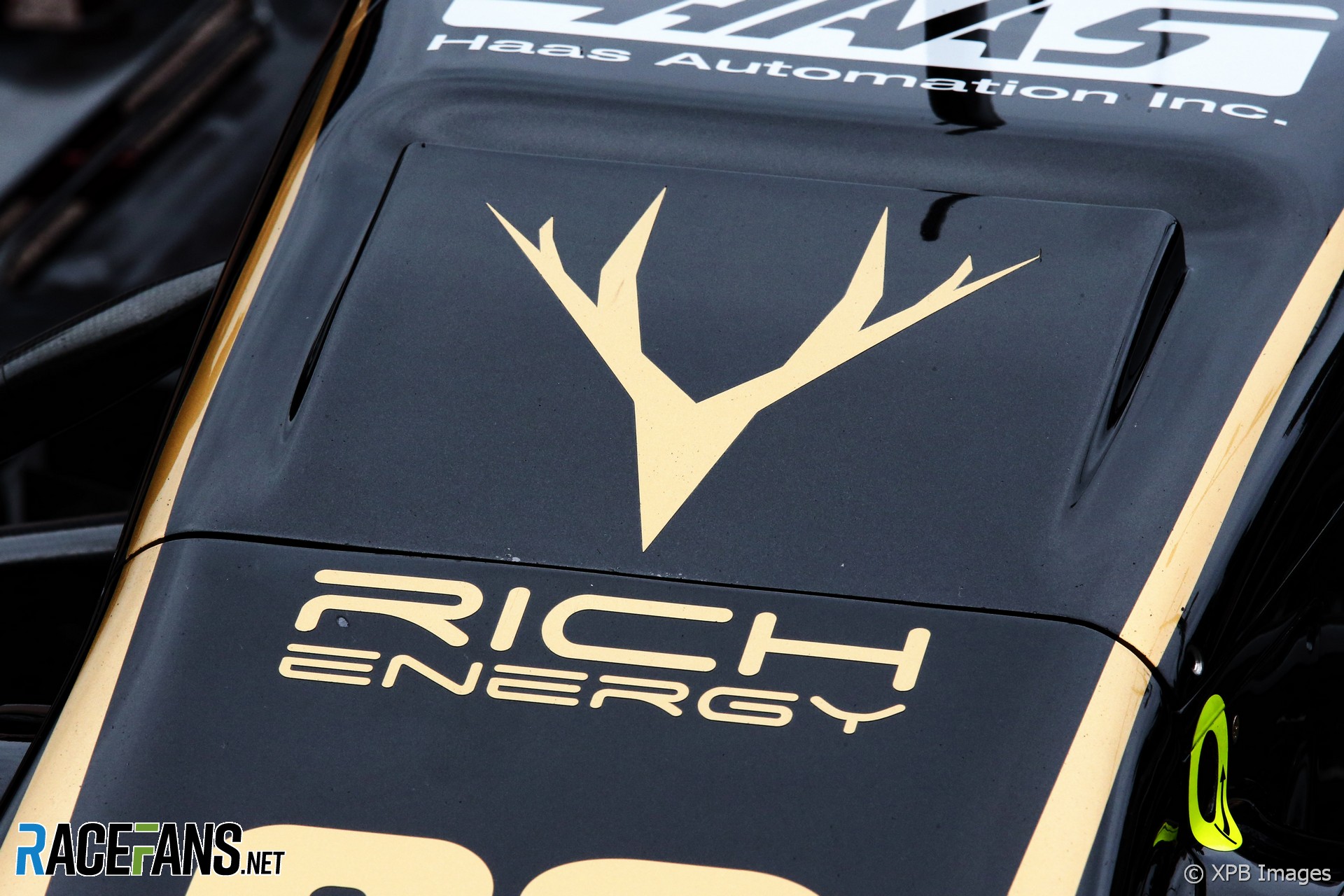 Storey’s departure was announced in a social media post stating he “has sold his majority stake in the legal entity of Rich Energy limited.”

“This decision was reluctantly reached due to the duplicitous conduct of minority stakeholders,” it added.

Companies House records indicate a new name was registered today for the company previously known as Rich Energy Limited. It will now trade under the name Lightning Volt Limited.

Storey’s exit comes six days after he announced on social media Rich Energy was ending its sponsorship of Haas due to “poor performance”. Rich Energy became the team’s title sponsor at the beginning of the season, and team principal Guenther Steiner said the announcement came as a surprise to him.

Less than 24 hours later a group of the company’s shareholders blamed the statement on “the rogue actions of one individual” and stressed its commitment to the team.

In May Rich Energy lost a court case over its stag logo, which was ruled to have infringed the trademark of cycle manufacturer Whyte Bikes, and ordered to cease using the design. Its subsequent application to appeal was rejected two weeks ago.