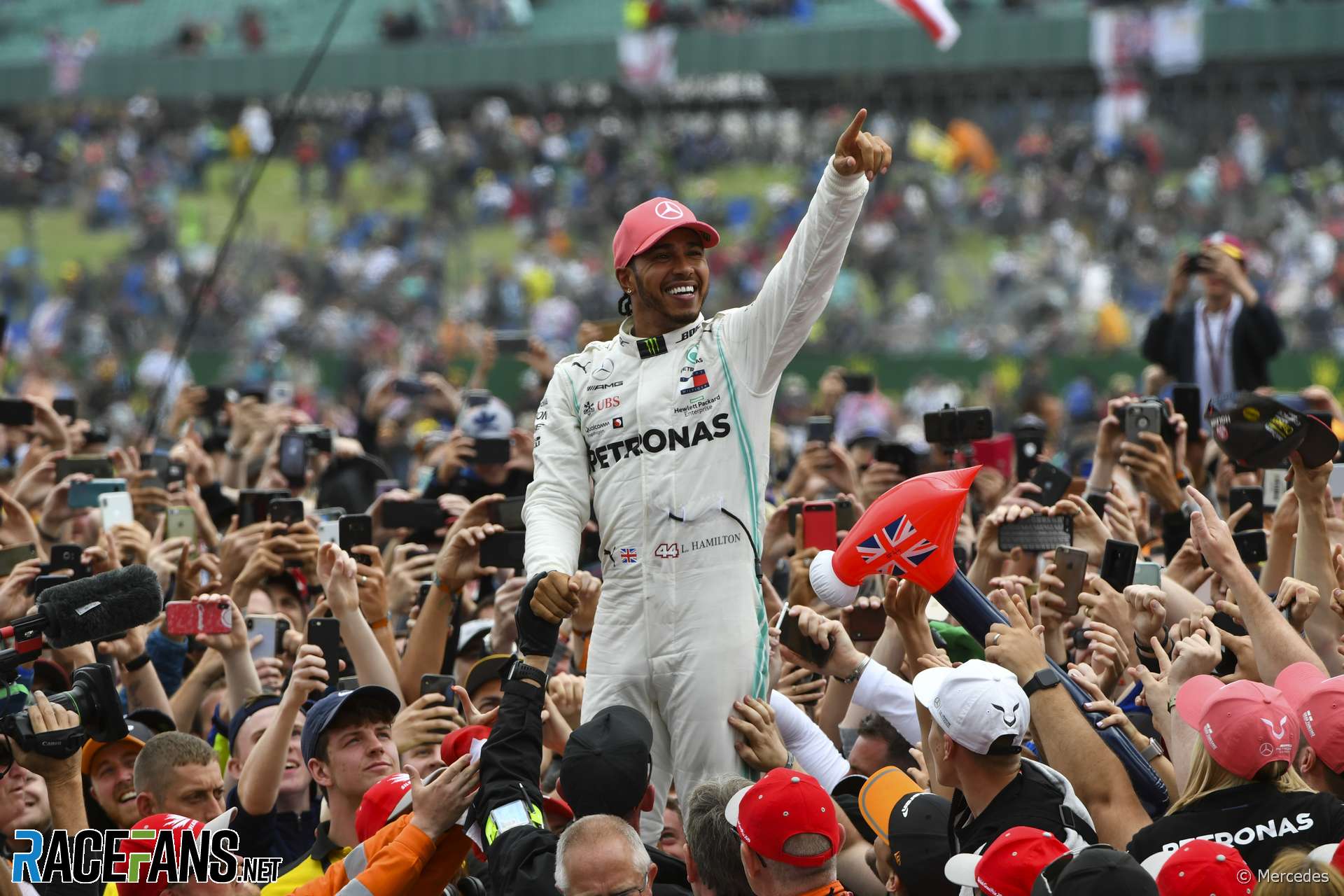 Lewis Hamilton says working class racers are “a dying breed” in Formula 1 and he wants to help someone from a less privileged background to come into the sport.

Speaking at a fan event after his victory in the British Grand Prix on Sunday, Hamilton said the cost of getting into motor racing has become too high for drivers from similar backgrounds to his.

“One of the things I’m really proud of is us as a working class family from an ethnic background coming into a place like this,” he said, “and seeing so many of you from different religions, different walks of life all come together and enjoy the grand prix and get into something new which perhaps you wouldn’t have done before.

“So I’m definitely very proud of that. But I’ve still got a lot of work to do.

“This sport is fantastic and the future is obviously the kids. Karting’s not the same as it was when I was there. You have to be in a top team now in karting. It’s hundreds of thousands to be competing. It’s different from when me and my dad were racing just out the back of a trailer.

“So I want to get involved in trying to change the format of the lower classes so we get a lot more working class kids coming through. With all due respect, a lot of the drivers, it’s not their fault that they’ve come from a lot of money. My dad always says we’re the last of a dying breed so I want to find the next working class family kid that comes through and kills it. So that’s what I’m working on.”

Hamilton’s current contract with Mercedes expires at the end of the 2020 F1 season. He indicated he plans to extend his stay in the sport: “I’m still here representing the thirties and I’m going to be here for a while.”

Earlier in the weekend Hamilton gave further insight into his plans for life after racing, saying he does not intend to remain in the Formula 1 paddock. “2024… feels like a long way away,” he said on Thursday. “Who knows whether I will still be here by then. But if I’m not, if I’ve stopped racing, I won’t be here in any other capacity.”