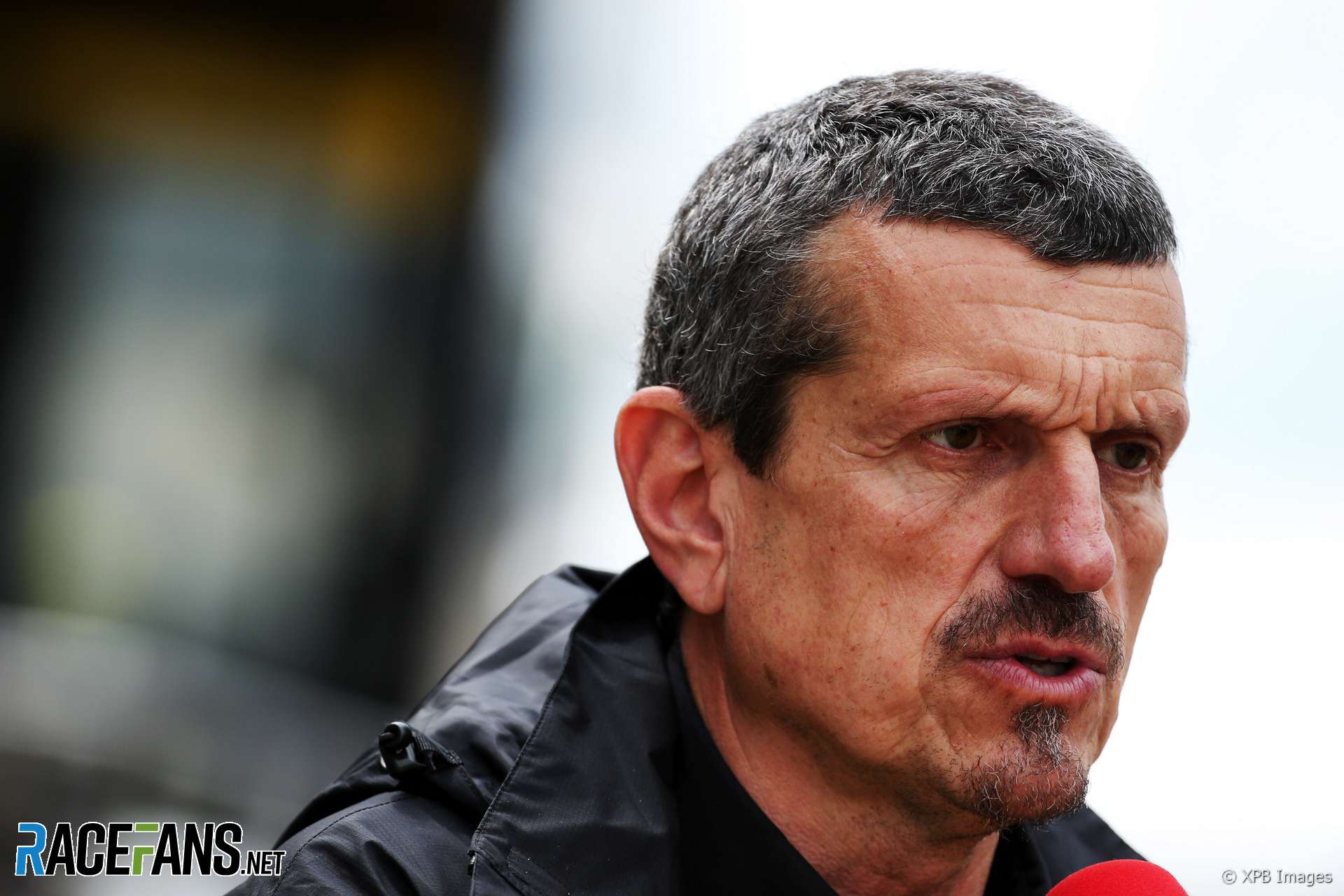 In the round-up: Haas team principal Guenther Steiner says he is not interested in the stream of tweets critical of the team posted on title sponsor Rich Energy’s social media account.

I don’t really care about that stuff. If somebody gets on Twitter you know there is a point where it’s like: I’m over 50 years old, I’m not in kindergarten anymore.

There is more problems than that for him to be honest, he should focus on that and not on how we start.

Lewis Hamilton facing jibes over his Britishness !!! When he lifts the titles he is reported very British…but on the way to winning, throughout the year his patriotism is questioned. Why??? The usual questions are “but you live in Monaco….your accent isn’t totally British…your lifestyle travelling and fashion choices….” Firstly, most F1 drivers live in Monaco including the likes of our other former world champion Jenson Button. Was Jenson’s britishness ever questioned for living in Monaco?? Not a chance. I will tell you why – because he looked similar, sounded similar, dressed similar & walked similar to the people who raise these questions of Hamilton. The level of disrespect & racist undertones in questioning Hamilton’s Patriotism should not be underestimated. He prepares diligently (Five world titles tells you that), has a working formula that works for him in his down time & after proving time and time again that his preparation for racing is perfect for him, even if it means flying in from LA where he was out and about then so be it. Do I like all of the clothes Lewis Hamilton wears, the hairstyles, his music choices etc…maybe not but do I question his Britishness?? No, of course not because he is embracing young culture and experimenting like everyone does in his own way and we should be saying good luck to him I say. If all these interests outside F1 were hindering his performances then I would get the questions on his lifestyle but he is breaking records and could well win his sixth world title this year! If you can enjoy your life doing things YOUR WAY, AND WIN, then you are really really winning in life as a British sportsman – but don’t forget to talk very British, dress very British, and most importantly live in the UK otherwise there will be questions on your patriotism! We should all celebrate a champion who is One Of Our Own! @lewishamilton #F1

"The transcript of the audio details Vergne stating: 'Tell Andre to stop... to bring out the Safety Car.'"

"It seems unlikely that the F1 paddock could set up in a week in that scenario. So I agree we should have a fortnight between races. That makes things complicated."

"F1’s audience figures are the lowest for Silverstone since 2006, when the race started at 12:00 UK time to avoid competition from the football World Cup. Year-on-year, F1 lost around 700,000 viewers due to the increased competition."

"Cricket’s return to free-to-air television was then hampered by its clash with both Wimbledon and the Formula One British Grand Prix. Channel 4 was forced to move its live cricket coverage to More4 for much of the afternoon to make way for the motor racing, losing a substantial number of viewers in the process."

Lots of you were unhappy the television director cut away from the battle between Lewis Hamilton and Valtteri Bottas to show the crowd:

The crowd response is tough for F1. It really adds a lot to events like football and basketball. But in F1 the crowd is separated from the race.

But they need to get the main event live. It was silly to cut away for so long during the pass.

I really enjoy watching fan videos shot on phones because the wide angle takes in the crowd. So I like the idea of cameras embedded in the crowd. They could show those images on replay.

They could use Picture In Picture tech too. But they would have to be smart about where to position the main action on screen. I’m not sure they are up to it.
RP (@slotopen)

48 comments on “‘I don’t care, I’m not in kindergaren’: Steiner on Rich Energy tweets”