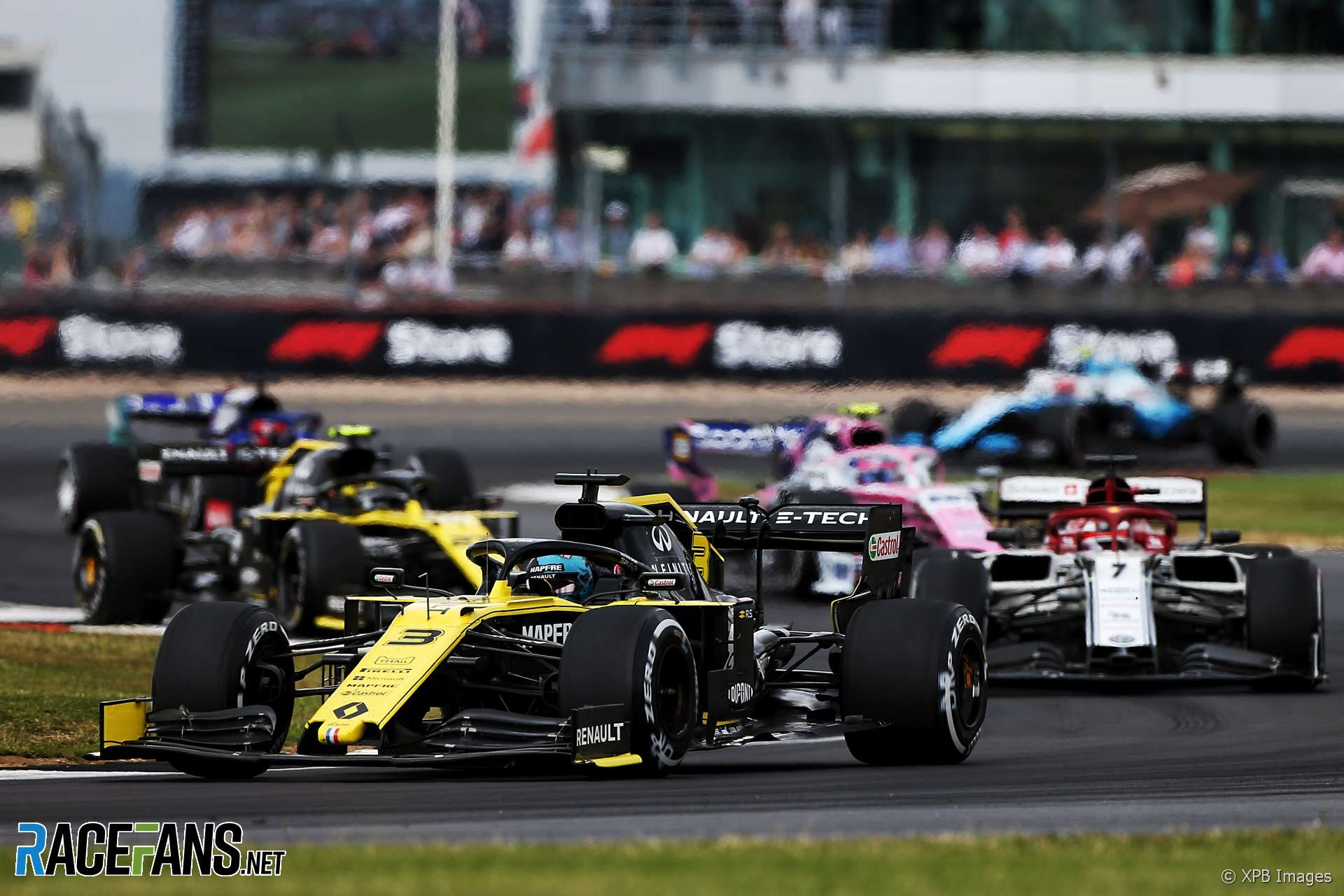 Work has begun to ease the remaining bumps at the resurfaced Silverstone track before Moto GP returns to the venue next month.

New Tarmac was laid at the circuit last month to address the drainage problems which contributed to the cancellation of last year’s British Moto GP round at the circuit. However during last weekend’s British Grand Prix some F1 drivers said the Moto GP riders would be unhappy about the remaining bumps at parts of the track, chiefly at Brooklands.

Dromo Circuit Design was placed in charge of the resurfacing which took place in over 16-day period in June. However with 10 days lost due to inclement weather, the decision was taken to prioritise completing the circuit to a standard suitable for F1 before addressing any problems which might affect the Moto GP race.

“Resurfacing this section was a risk because we were finishing only 10 days before Formula 1,” Dromo owner Jarno Zaffelli told RaceFans “So what we said was, OK, let’s wait [for] Formula 1.”

The track was inspected by the Federation Internationale de Motocyclisme, the governing body of motorcycle racing, following last weekend’s F1 race. Zaffelli said the priority is now to address the bumps at Brooklands and ensure the track receives its licence to hold next month’s Moto GP race. “We know we are going to fix it and Silverstone will be at its best for Moto GP,” he said.

The June resurfacing involving removing previous layers of asphalt and exposing the original concrete slabs beneath the former airfield track. Different areas of the circuit have been raised and lowered by as much as seven centimetres in order to improve drainage.

The straights now have a slight crown in the middle, to encourage water to disperse, and the camber has been altered at several corners. Zaffelli believes this caught some F1 teams by surprise last weekend.

The track was resurfaced for the second time in as many years after the problems which emerged with the previous surface laid by a different company. Last year Lewis Hamilton said the track was as bumpy as the Nurburgring Nordscheliefe.

Zaffelli said carrying out the resurfacing work in the summer, instead of the winter, helped them to significantly reduce the overall bumpiness of the track.

“Bumps generally are created when you cannot keep the temperature right on the material,” he explained.

“One of the problems that we had last year is that we had a lot of these bumps shaped as a bubble. Because it was done in the winter, and because this kind of material are very rigid and sensitive to temperature. When the temperature is not right it can happen, and unfortunately here it happened in some places.”