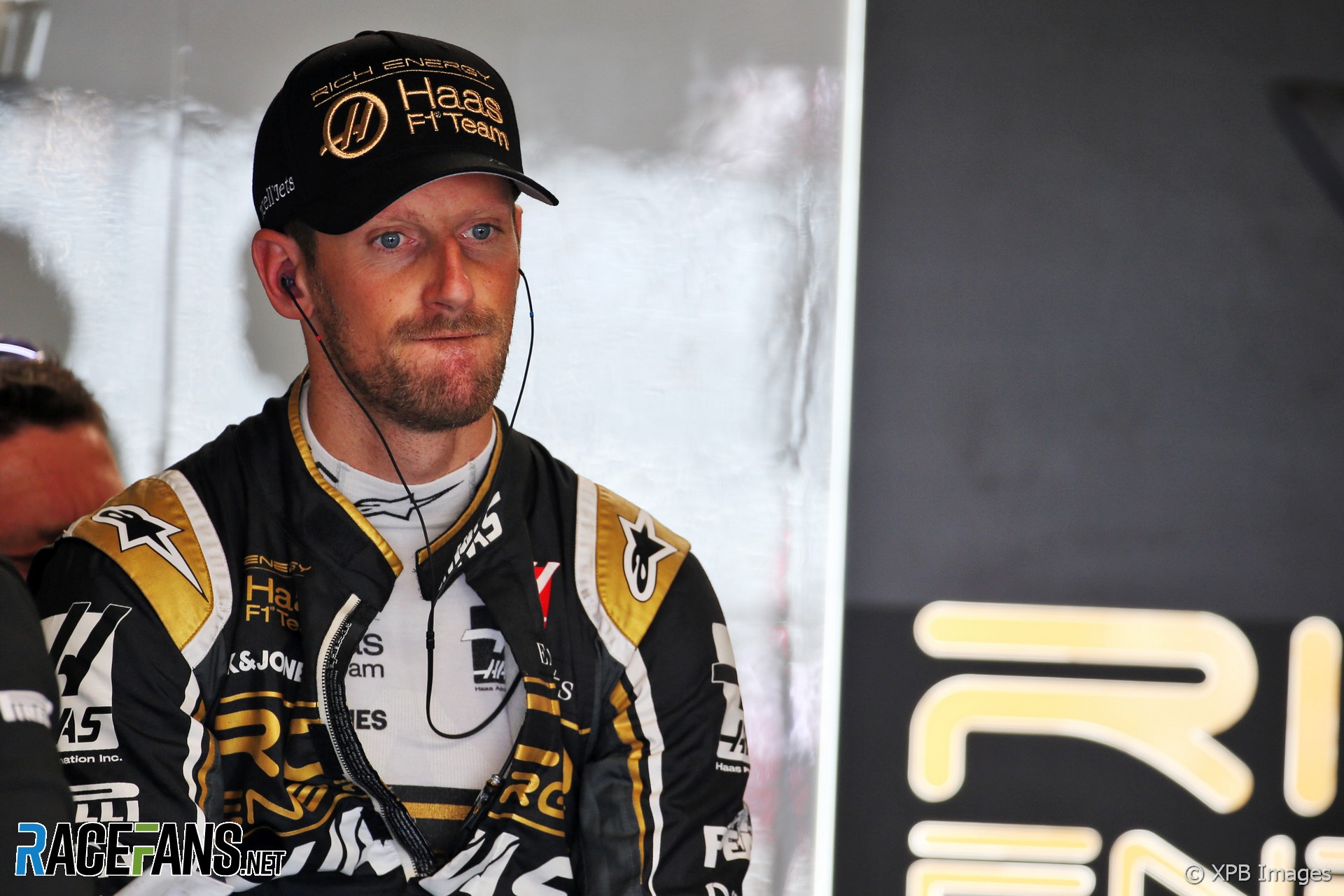 Haas has rejected rumours Romain Grosjean will be stood down by the team before next week’s German Grand Prix.

However a Haas spokesperson confirmed to RaceFans the team will retain its usual driver line-up of Grosjean and Kevin Magnussen in Germany.

The pair were strongly rebuked by team principal Guenther Steiner after they collided on the first lap of the British Grand Prix, forcing both cars out of the race.

“Something touched my rear wheel and punctured me,” explained Grosjean afterwards. “It’s obviously a spot I cannot see, a blind spot.”

The collision came at an especially poor time for Haas as the team was running its cars in different configurations in a bid to understand its set-up problems with the VF-19.

“It’s a shame because we had a race where we wanted to check different packages and the car felt really good on the laps to the grid,” he said. “I had some good hope for the race and obviously they were done straight away.”

Grosjean also damaged his car when he spun into the pit wall during practice.