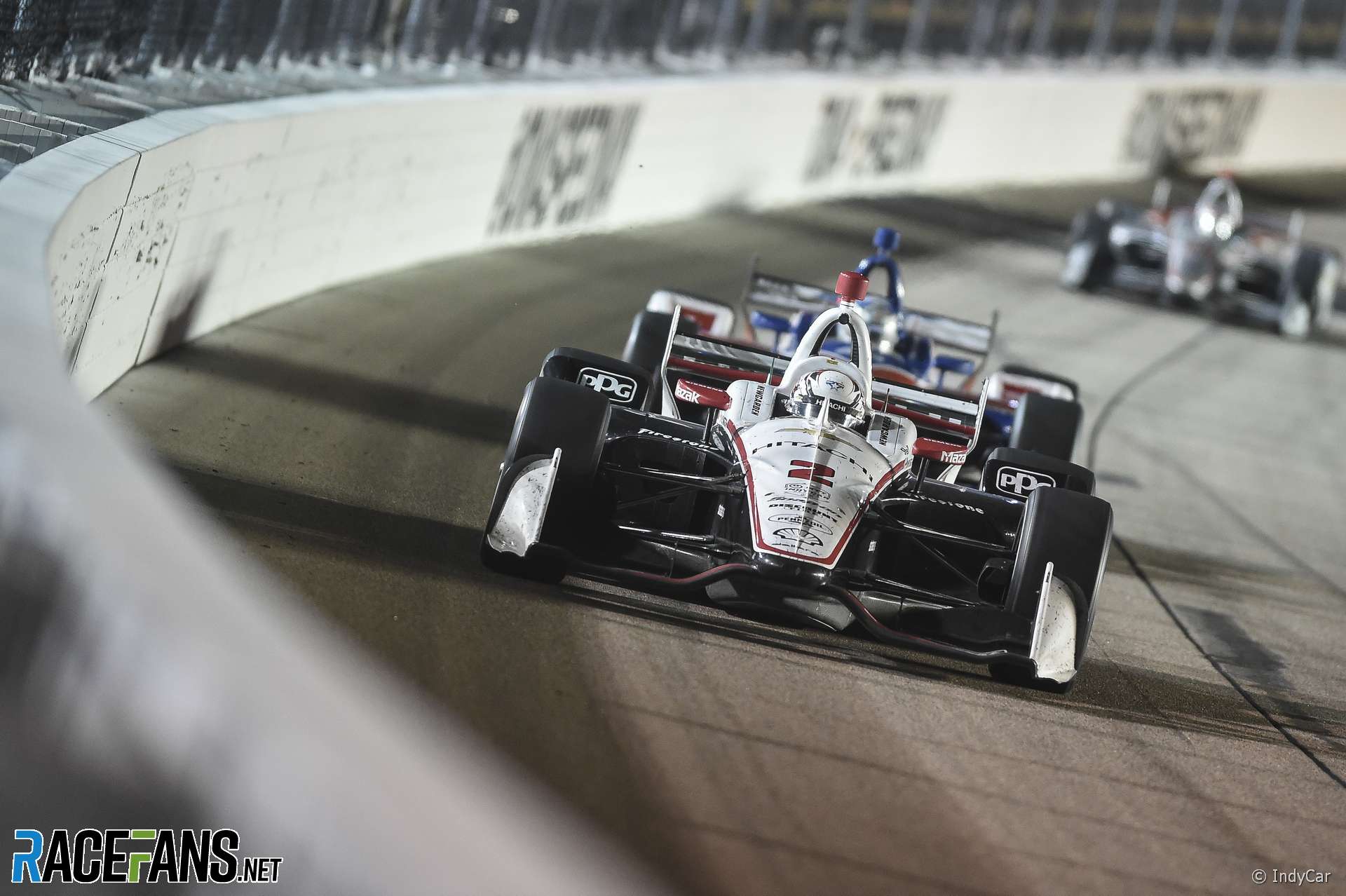 Josef Newgarden extended his IndyCar championship lead by controlling proceedings after the Iowa 300 was delayed by several hours due to rain.

Newgarden’s team mates led the way at first: Will Power took the lead from pole sitter Simon Pagenaud. But Newgarden found his way by Power, who kept up the pursuit as Pagenaud slipped back.

A brief rain shower passed over the track, forcing a further interruptions to proceedings, but in short order the track dried out again and the racing resumed. But no one had an answer for Newgarden, who worked his way rapidly through the traffic as Power chased him.

Takuma Sato made a bid to get on terms with the leader by pitting early, which briefly moved him up to second place. However a collision with Sage Karam forced him out – Sato’s RLL machine was collected from behind by the Carlin when he slowed exiting the final corner.

Karam therefore triggered his second caution period of the evening, having caused another delay early on when he spun into the path of Scott Dixon, which left both damaged but able to continue.

Power’s last, faint hope of catching Newgarden came at the final round of pit stops. However he ran wide on his way into the pits, crossed the entry line and collected a penalty. Ed Carpenter then caused another caution period when he hit the wall, amplifying the damage done by Power’s drive-through, and leaving him outside the top 10.

That promoted Dixon to second place, though over the finalchase to the flag he was unable to do anything about Newgarden. Last year’s winner James Hinchcliffe rose to a season-best third at the flag.

Pagenaud slipped to fourth ahead of Spencer Pigot. Alexander Rossi took sixth after a length scrap with Santino Ferrucci. The rookie impressed with several bold moves during the race, particularly using the outside line on restarts, but fell to a lapped 12th at the end.

Zach Veach, seventh, was the last driver home on the lead lap. Graham Rahal claimed eighth ahead of Sebastien Bourdais and Tony Kanaan.

Newgarden’s fourth win of the season puts the 28-year-old in with a strong chance of reclaiming the title he won in 2017. With five races left he leads Rossi by 29 points, withPagenaud a further 29 behind.