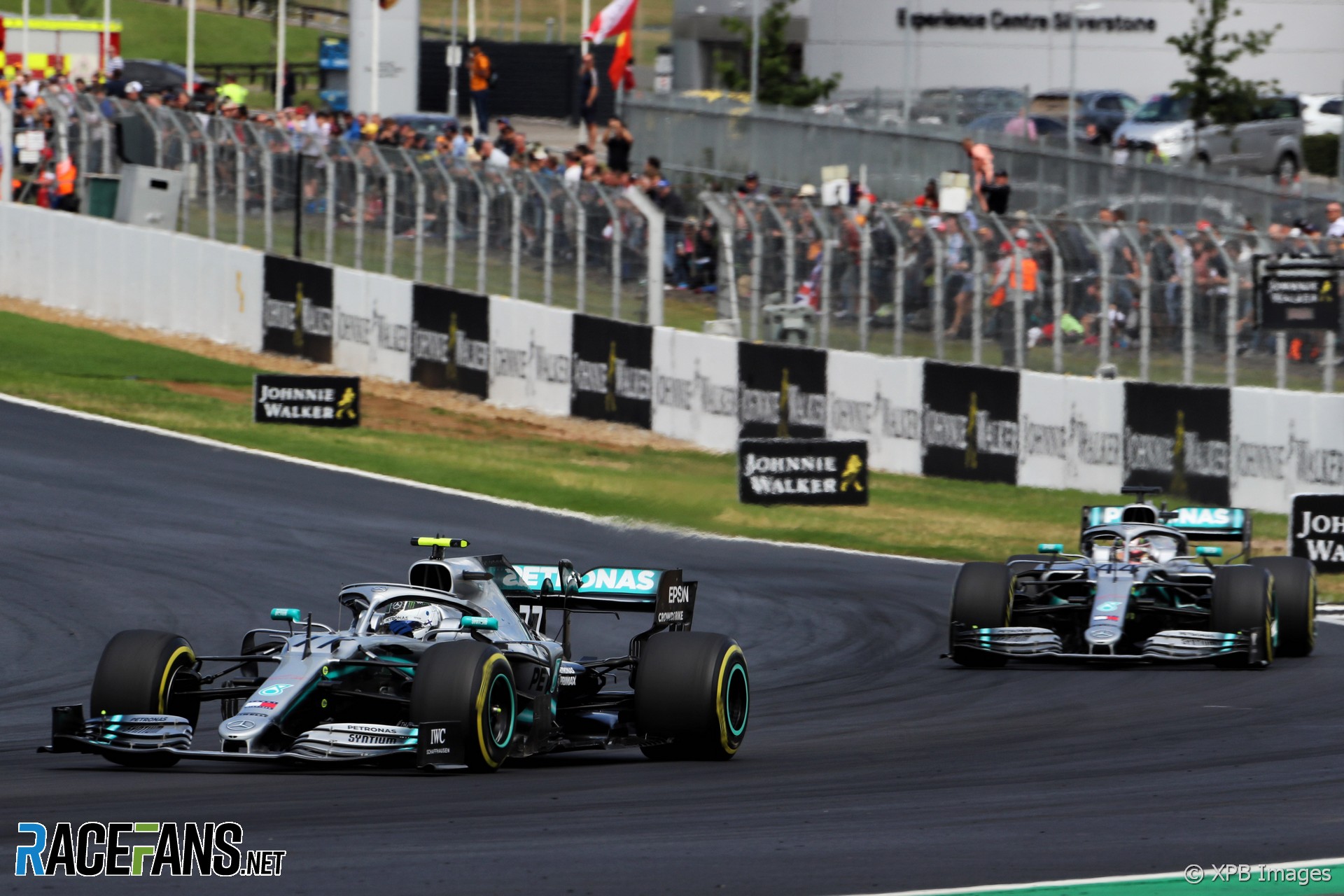 Lewis Hamilton says the changes to Formula 1’s front wings for the 2019 season have not helped drivers to race each other more closely.

F1 increased the maximum width of front wings to two metres this year but also required teams to use simpler designs in a bid to reduce the amount of ‘outwash’ they produce, which has been blamed for the difficult drivers have following each other closely. However Hamilton, who spent part of last week’s British Grand Prix trying to pass his team mate Valtteri Bottas, said he couldn’t see a benefit.

“That wing has not made any difference to the turbulence,” said Hamilton. “It really hasn’t. It’s just as bad as before I would say.”

The wings came about as a result of the research being conducted by F1 into new technical regulations for the 2021 season which are intended to make it much easier for drivers race closely. However Hamilton believes the closer racing seen at Silverstone was due to the track, not the cars.

“This track is special in the sense that the wind direction and the way that the layout is, you’re able to follow.

“But still it’s not good enough because the tyres drop off. Me and Valtteri were having that fight, if we didn’t have thermal degradation, because the car is too heavy and the tyres overheat, I could’ve just stayed on his tail and kept racing. But eventually I had to give up because after God knows how many laps behind in that battle the tyres dropped off a cliff and then you have to back up and you have to go to a different strategy.

“So I’m hoping in the future they are able to make a tyre that goes longer. A bit like the hard tyres we pushed more [at Silverstone], and stay in that battle and not suffer with that and you’ll see hopefully closer racing.”

29 comments on “Hamilton: 2019 front wing change ‘made no difference to turbulence’”