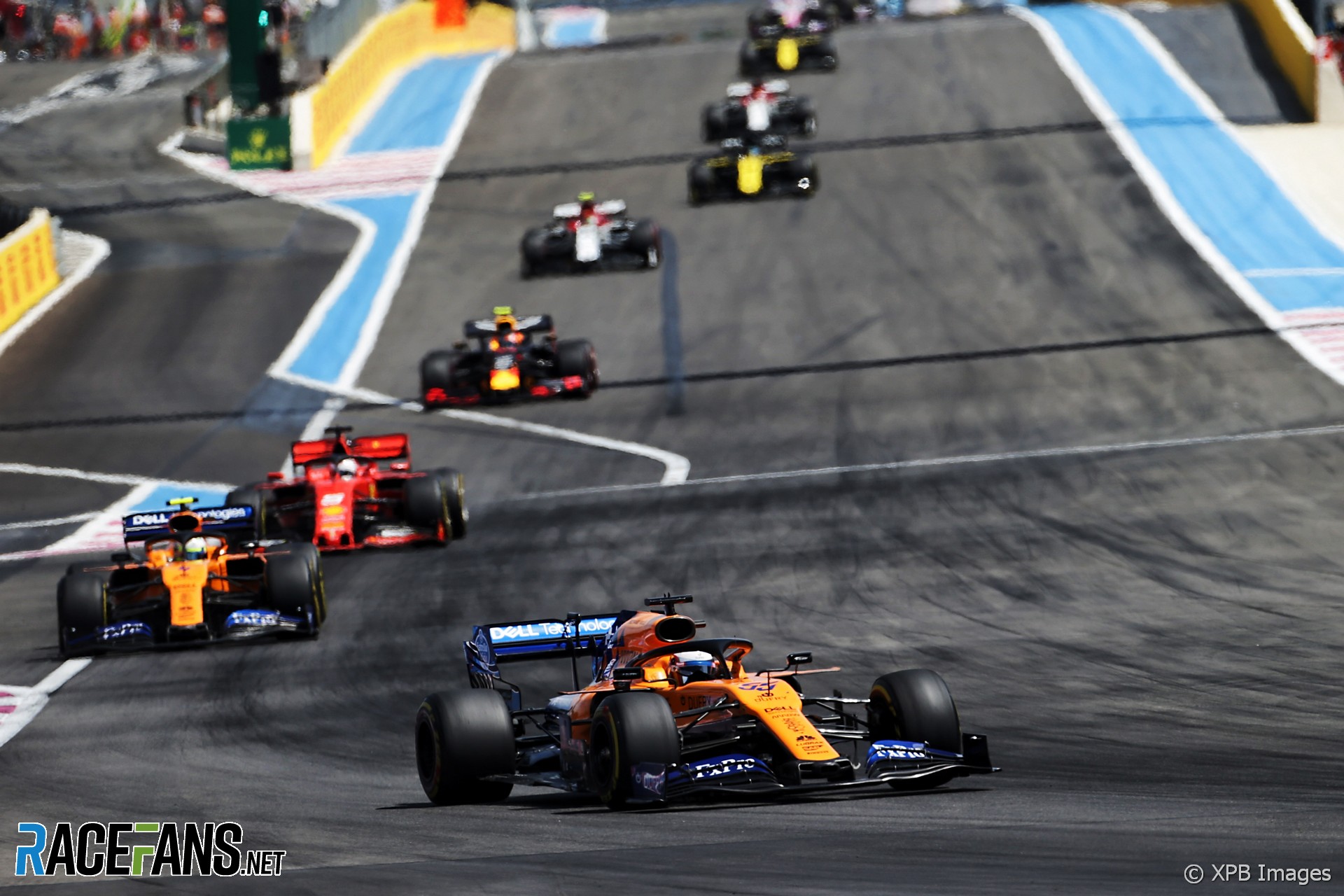 The sport was heavily criticised after a processional race in France. However the following race in Austria provided drama, as well as the first non-Mercedes winner of the season.

Asked by RaceFans what lessons could be drawn from these races, Isola said the variation makes it “even more complicated” to analyse what F1 needs to change in order to produce consistently exciting grands prix.

“Also in Austria race one in Formula Three was quite boring and race two was incredible,” he added, “with the same tyres on the same track and the same drivers in the same cars.”

Isola believes “sometimes we have to accept we have boring races, but ‘we have to accept’ doesn’t mean that we don’t have to work to find a solution to have more exciting races.

“We had the same tyres in Paul Ricard and in Spielberg – we had C2, C3 and C4 – [but] we have completely different result. What it’s telling us is we have to work together with all the stakeholders here to understand which is the right package. It’s not just the tyres.”

He said his view was supported by the consequences of the change made to tyres last year. “In 2017 everybody was saying ‘you have been too conservation and races are boring because you are being too conservative’. The result in 2018 is that we went a lot softer and they were just managing the pace.

“So was it the right decision? I’m not one hundred percent sure. But because we just considered the tyres, just moved the tyres on one side and not considering all the package, that’s the problem.”

Formula 1’s chief technical officer Pat Symonds recently admitted that using high degradation tyre compounds “is not the right way to go” and the sport has been “asking completely the wrong things of Pirelli”.