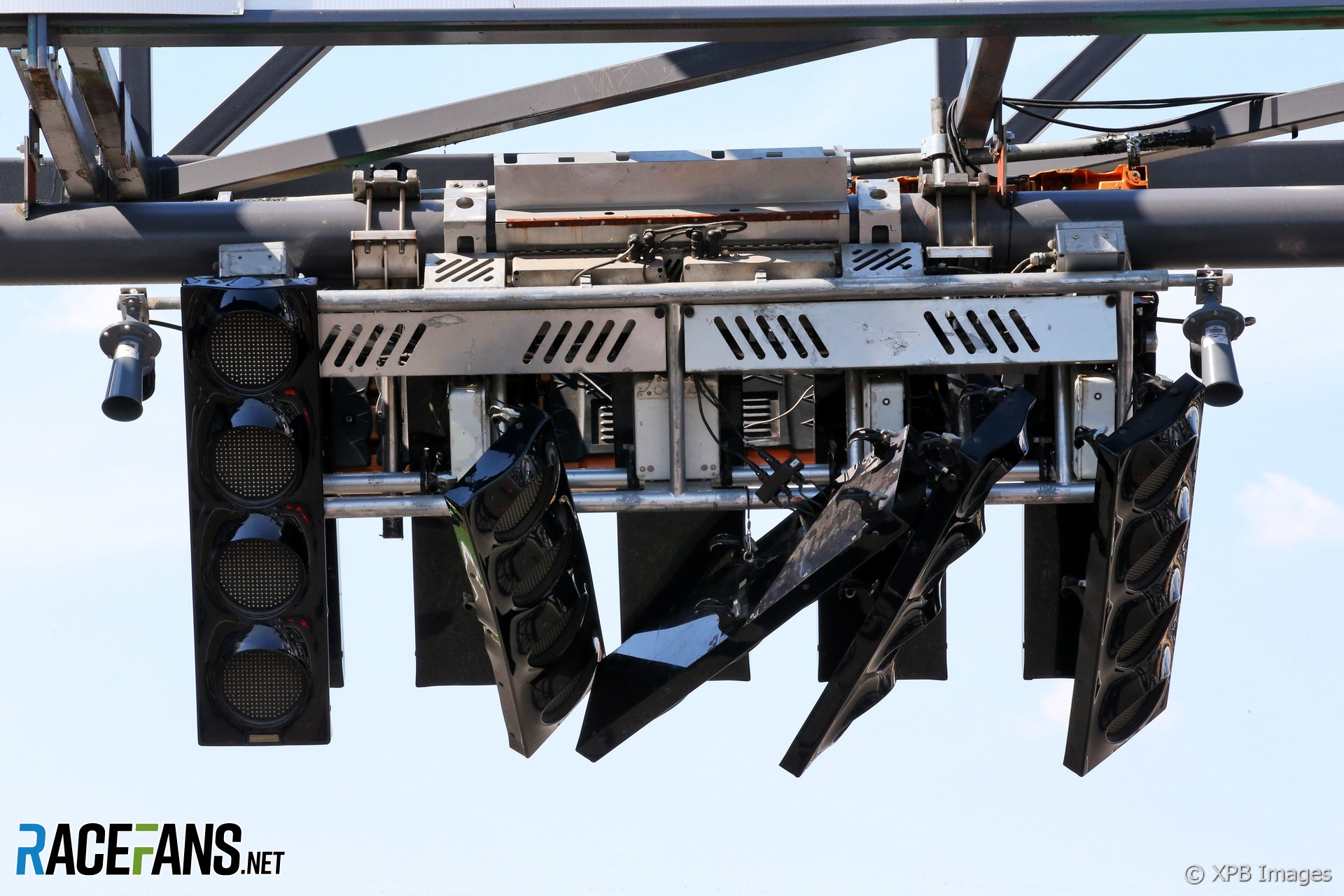 An accident involving a bus has forced the Hockenheimring to make repairs to its starting light gantry ahead of this weekend’s German Grand Prix.

The row of lights above the start/finish line was heavily damaged when a single-decker bus collided with them during pre-race activities at the track on Thursday. The crash caused heavy damaged to much of the structure.

As there are no Formula 2 or Formula 3 support races at this weekend’s grand prix, the time pressure on the organisers to fix the lights is not as great as it might have been. RaceFans understands the repair work to the lights is expected to be completed in time for the first race of the weekend.

The first race does not take place until 5pm on Saturday afternoon, when Germany’s ADAC Formula Four championship will hold the seventh round of its season.

A similar incident occured earlier this year during the Azerbaijan Grand Prix weekend. A recovery vehicle carrying George Russell’a Williams struck a bridge on its way into the pits during first practice at the Baku City Circuit, spraying the car with hydraulic fluid.