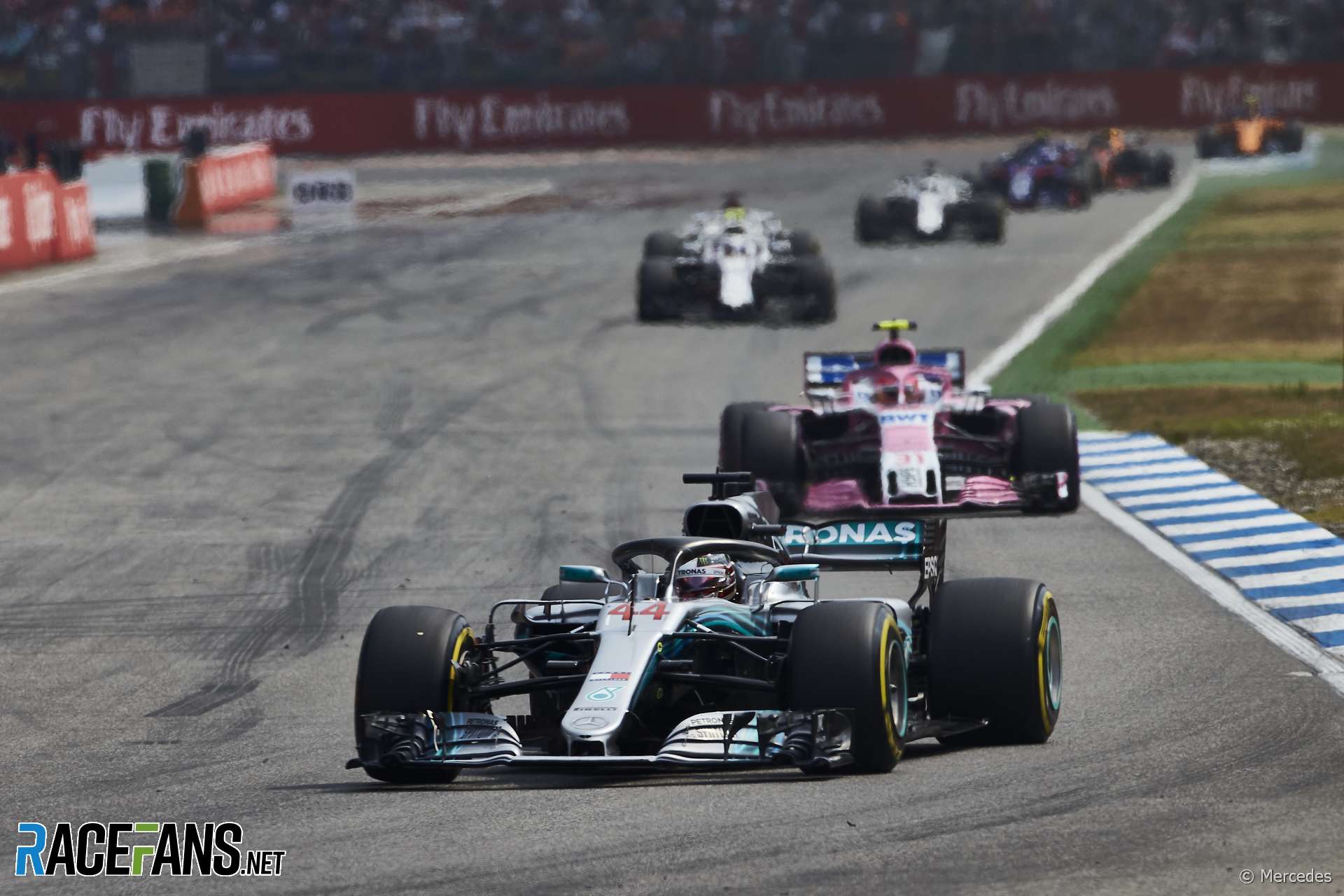 One of the Hockenheimring’s three DRS activation zones has been removed for this weekend’s German Grand Prix.

As a result the zone running between turns one and two will be triggered by a detection point 103 metres before turn one. A similar detection point was used the last time Hockenheim had two DRS zones, in 2016, though it was 22 metres further away from the corner.

The zone before turn two has also been slightly shortened. Drivers can activate DRS 60 metres after turn one, five metres later than last year. The other DRS zone’s detection and activation points are unchanged.

This is the second race weekend in a row where the number of DRS zones has been reduced. Silverstone also dropped its zone on the start/finish line, leaving just two zones elsewhere on the track.

The only other change to the track this weekend is the addition of a new negative kerb on the entry to turn 13.