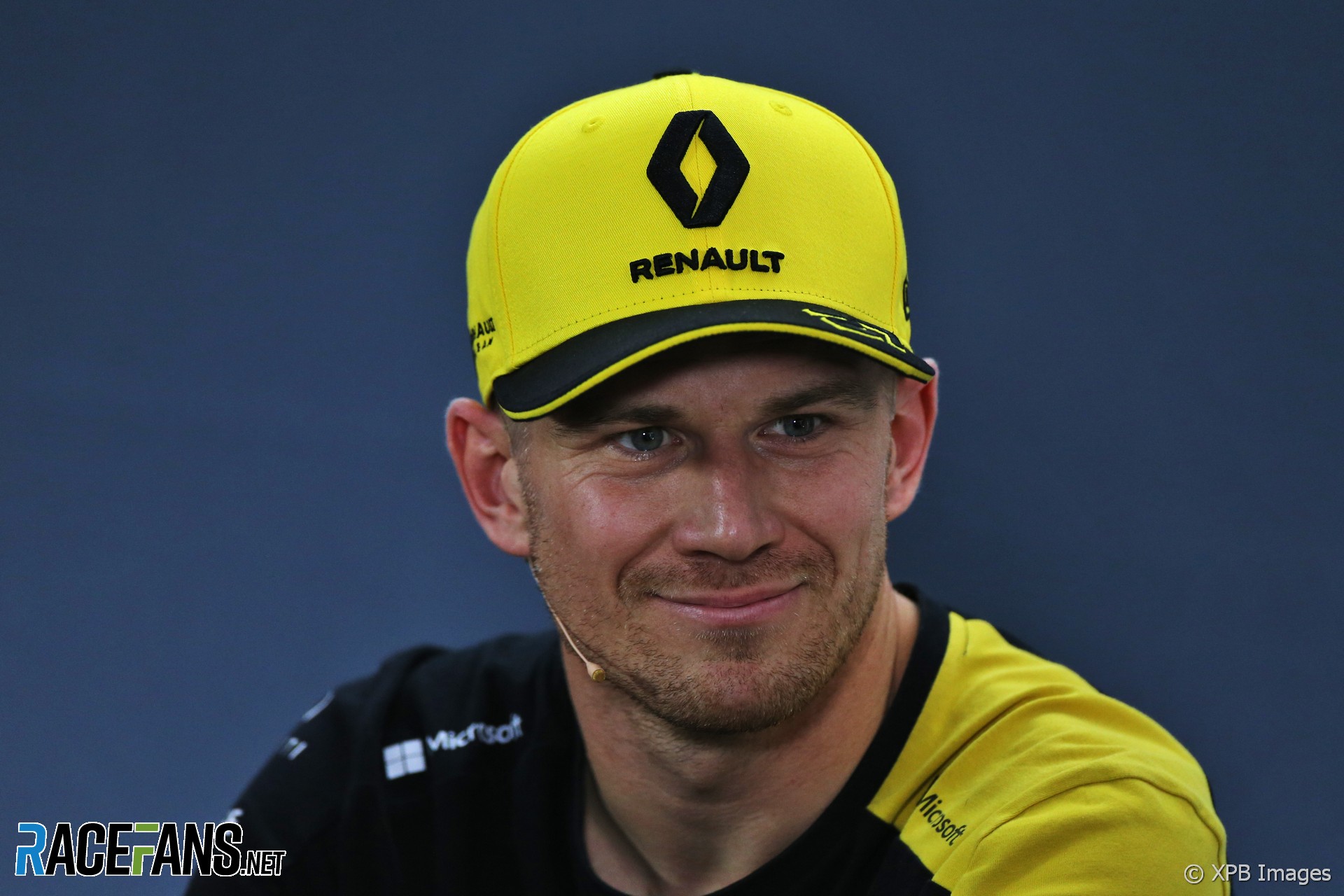 Nico Hulkenberg expects he will continue his stay at Renault in the 2020 F1 season.

However Hulkenberg, who is in his third year at the team, admitted he is disappointed with with the setbacks the team has suffered this year. Renault encountered reliability problems at the start of the year and have been unable to break away from the midfield and catch their ‘big three’ rivals.

“I think it’s fair to say that so far this season we can’t be entirely happy with what we have achieved,” said Hulkenberg in today’s FIA press conference.

“To start with we had a lot of issues and missed out on results. But, a little bit more disappointing is just where we are in terms of pace, the development rate, it’s not where we really needed it and wanted it to be.

“Behind the expectations this year, so probably maybe, all in all, as well, not entirely happy and if you look across the three years we can’t be entirely happy with everything we’ve done.”

Nonetheless Hulkenberg is upbeat about the team’s future and his chances of staying alongside Daniel Ricciardo next year.

“The outlook is good. We still see light at the end of the tunnel and we still believe we can catch up to some extent, how much is always difficult to say with entire certainty.

“We’ll see what happens in the future and what happens to me as well. As for now, there is nothing set in stone, but I think it’s quite likely that I will remain with the team.”