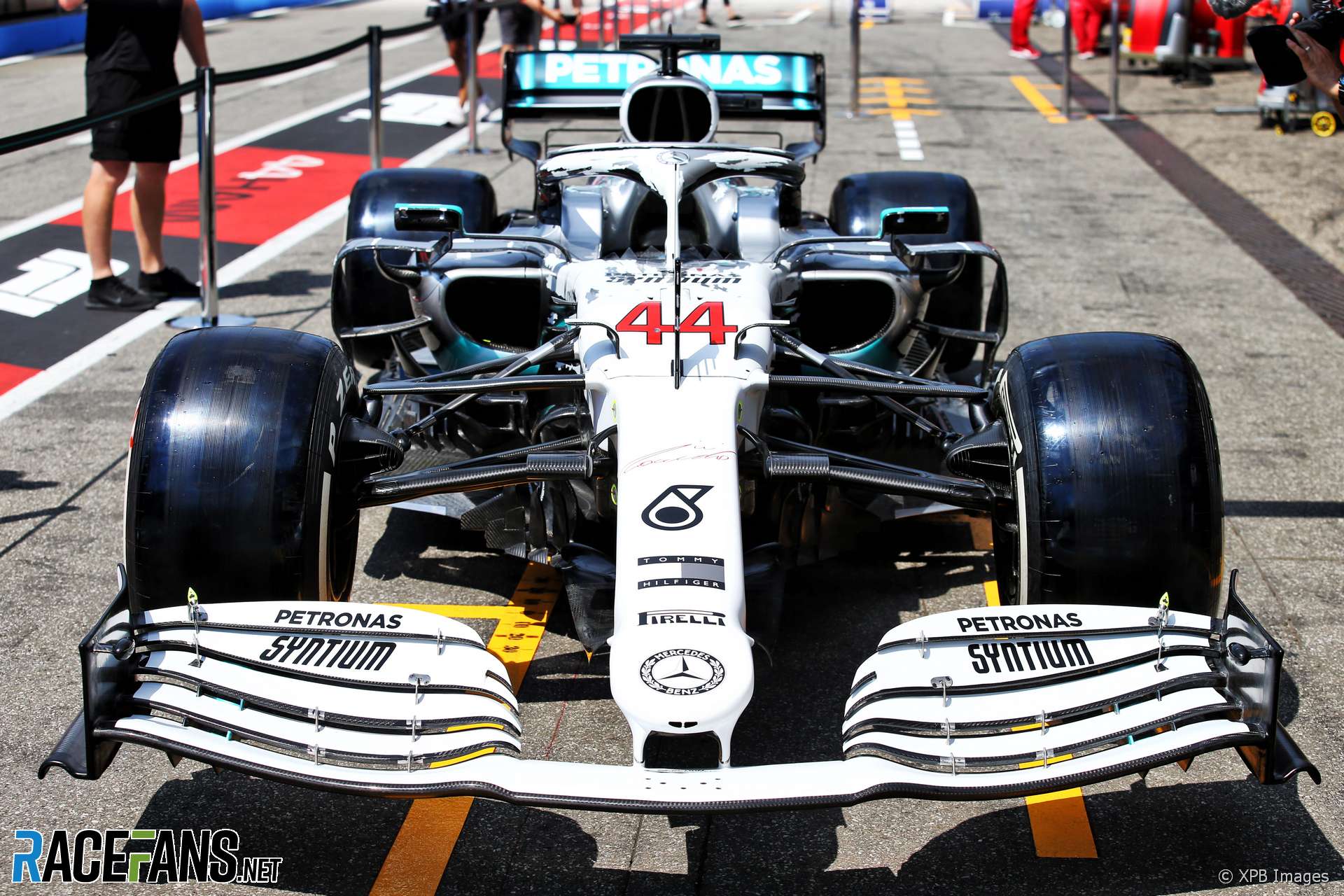 Mercedes have revealed a special white livery for this weekend’s German Grand Prix.

The team, whose parent company is also the title sponsor of the Hockenheim race, is commemorating 125 years of motorsport with a “commemorative livery” this weekend.

According to Mercedes, its original white colouring was removed in the 1930s in order to save weight. In press material sent out ahead of the German Grand Prix, Mercedes explained why the white paint was scraped off their cars at the 1934 Eifelrennen.

“The Eifelrennen, held on 3 June 1934 at the Nürburgring, was the first race in which the Mercedes-Benz W25 competed. The car was a newly designed race car for the 1934 Grand Prix season, which saw the introduction of a new set of regulations that limited the total weight of the car to 750 kilograms without fuel, oil, coolant, and tyres.

Apart from the maximum weight the regulations left a lot of room for innovation, not restricting the design of the car in any other way. The Mercedes-Benz W25 followed a classic vehicle architecture; the rear-wheel drive car was powered by a supercharged 3.4-litre in-line 8-cylinder engine that was mounted in the front and produced an output of 354 hp (260 kW).

“It was a mighty race car, but according to Silver Arrows legend there was one small issue with it: when the W25 was weighed the day before its first race, it was slightly above the weight limit of 750 kg. Allegedly, the team was able to bring the weight down to within regulatory limits by scraping off its white paint.

“Without the white paint, the metal bodywork of the car was exposed, giving it a silver look: the first Silver Arrow was born.”

Mercedes has also restored its heritage red numbering which was also used on its F1 from 2010 until last year.