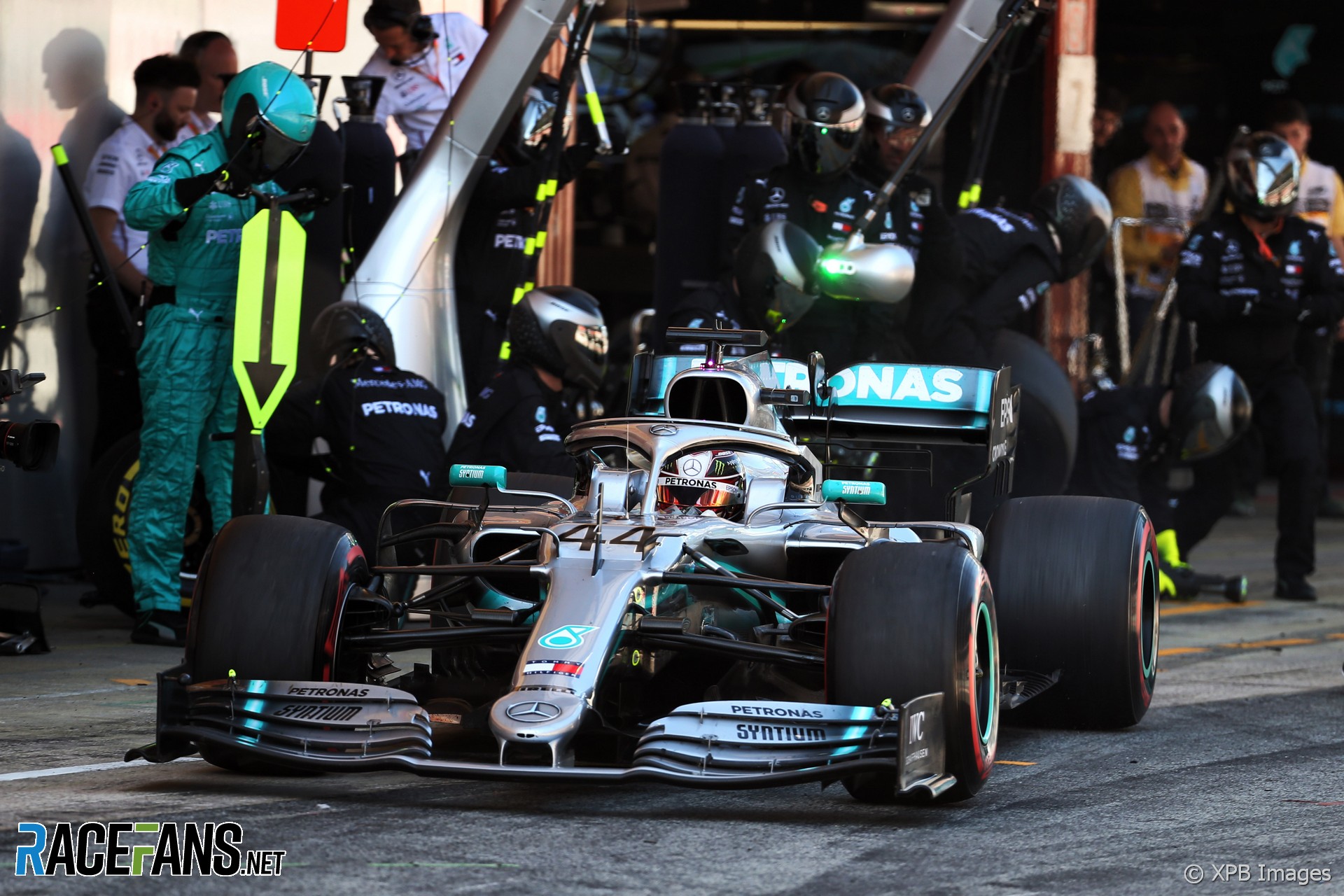 In the round-up: Mercedes team principal Toto Wolff admits deviating from their past practice of using similar strategies for both drivers risks “favouring somebody unconsciously”.

Wolff was asked why Lewis Hamilton was allowed to run an alternate strategy to Valtteri Bottas at Silverstone, which helped him to win the race, when Mercedes has previously required its drivers to use similar strategies.

The discussion we had with them in the morning was if you were to put them on the same tyre, on the same strategy, basically turn one or lap one would lock in the result. And we felt that picking up on their suggestion would provide an interesting race.

It still overlapped on many instances: We knew they would be racing each other but then maybe with a different strategy. So that’s what we tried.

I think in hindsight [the] argument has value and I think we need to look at it. Are we actually favouring somebody unconsciously, which we wouldn’t want to do. For sure it’s created more experience and more data for us to judge whether it’s something we want to do in the future.

@ConorDaly22 didn’t jump the restart dude… if you listened to the driver briefing, they said once the leader goes flat it’s green flag. Just caught you takin a nap 😘

Formula 1: Drive To Survive to return to Netflix next year (Formula 1)

"And what’s more this year, for the first time, all 10 teams will join the line-up as they battle it out for victory in the greatest racing series in the world."

"For sure I cannot be so happy to see our position in the championship. But it doesn’t mean my season was bad."

"We'll have a look at the evolution of the design and layout in particular areas to see whether we can tweak it."

"Formula E is about bringing motorsport to the masses, with wheel-to-wheel action, affordable prices and unpredictable racing. That’s not something that can be said about the other series right now."

"Maybe it’s coincidence, maybe not, that this year’s car, completed after Resta’s departure, seems to have lost that thread. Even the development curve of last year’s car went somewhat awry in the second part of the season."

"BP and Castrol are extending their partnership with Renault F1 Team until 2024, providing advanced fuels and engine oil, gear and hydraulic oils, greases and brake fluid, as well as supplying a range of high-performance industrial lubricants to the Team’s technical centres in Enstone for the chassis and in Viry-Châtillon for the engine."

Can Gasly regularly operate at the level we saw from him in the last race?

Silverstone will likely be Gasly’s Bahrain 2018. I reckon he is more of a Grosjean (good peak performance, but rarely reaches it) than a Leclerc or Verstappen, who seem to find a groove and stay within it.
Luke S (@Joeypropane)