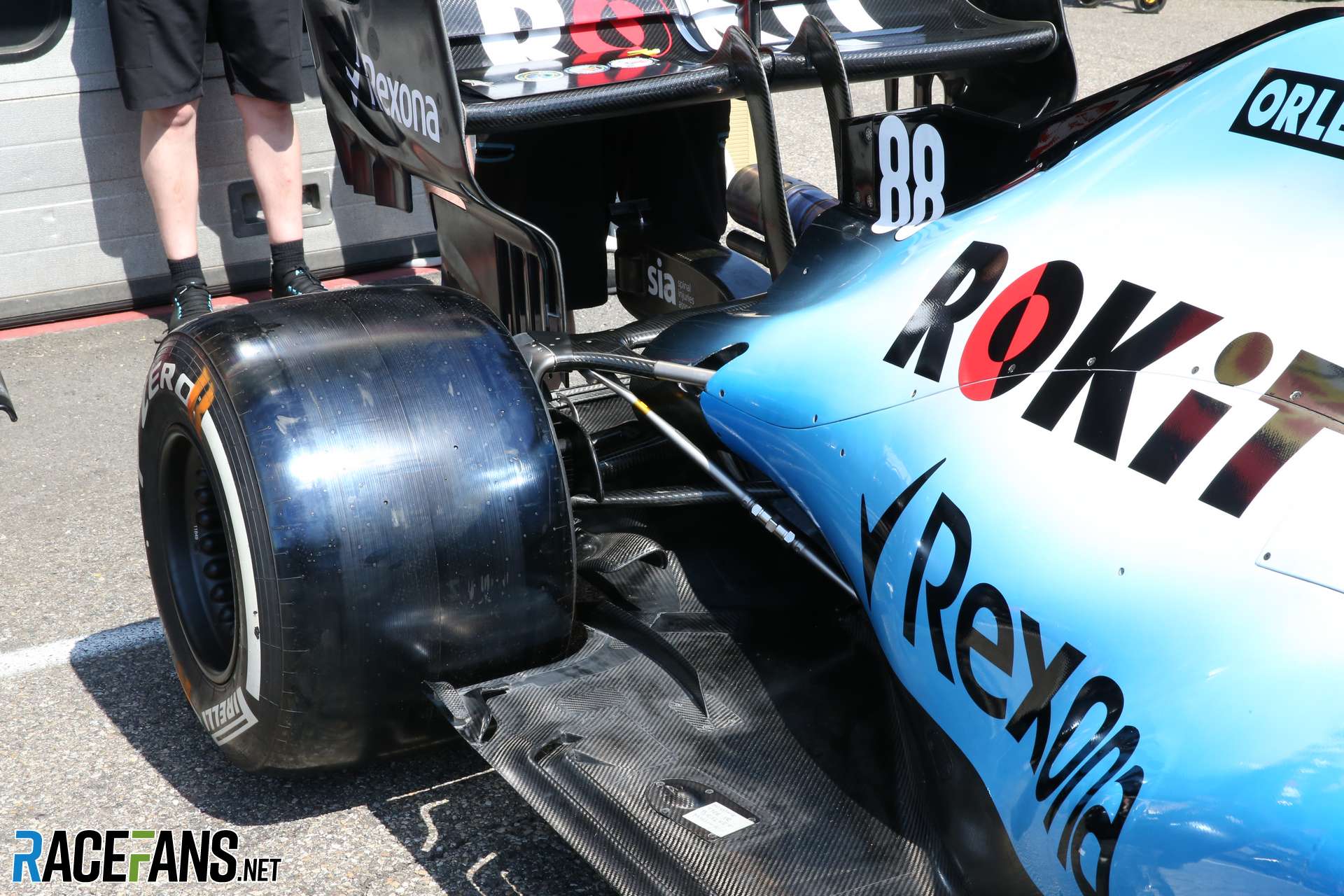 Robert Kubica will be first to run Williams’ new aerodynamic upgrade this weekend, though both drivers should have it in time for the race.

George Russell confirmed he will continue to run the original aerodynamics today while Kubica evaluates the new parts the team has brought to the circuit.

“Hopefully this weekend will be the first time of the year where we see a small step forwards,” said Russell. “How much that would be, I’m not quite sure yet.

“We definitely have some visible changes to the car for this weekend. Robert will be running the new stuff [on Friday] and I’ll be running the previous stuff just to get a full back-to-back correlation to see the differences. I’ll also have them on my car for Saturday.

However Russell says it’s unrealistic to expect the upgrade will lift the team off the back row of the grid.

“This weekend is quite important for us to understand how these sort of test items were bringing to the car plan out. I think if they work as expected that’ll be positive for us.

“Behind the scenes we are definitely seeing a lot of progress so we hope that translates onto the track as well.”

2 comments on “Kubica first to run Williams upgrade on Friday”