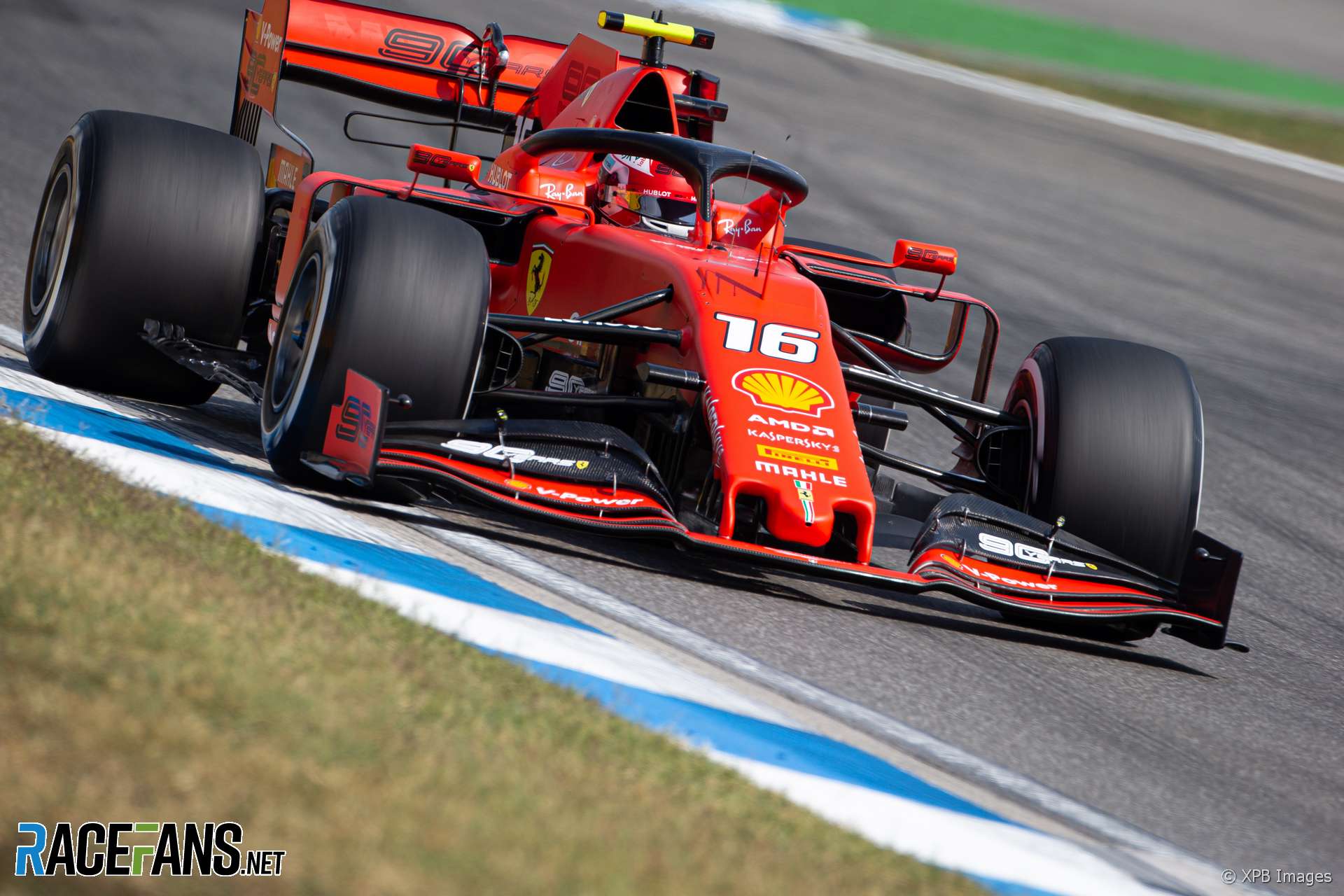 Ferrari completed a clean sweep of all three practice sessions for the German Grand Prix as Charles Leclerc headed the final hour of running before qualifying.

Leclerc consistently led the field throughout the session and set two laps quick enough to top the times. But Ferrari were denied a third consecutive one-two by Max Verstappen. The Red Bull driver split the two SF90s, lapping just a tenth of a second off Leclerc’s pace.

Sebastian Vettel was one of several drivers to have a lap time deleted for running beyond the kerb at the exit of the final corner. However his quickest time, a 1’12.644, stood and put him third, a quarter of a second behind his team mate.

Lewis Hamilton had his quickest lap time deleted for the same reason, which dropped him from fourth in the overall classification to sixth. Valtteri Bottas led the way for Mercedes, but was over half a second off Leclerc.

This was an unexpected development. While the track temperatures fell as forecast, from over 50C to no more than 40C, this failed to produce the anticipated progress by Mercedes.

The two W10s were split by Kevin Magnussen. This will give Haas further food for though as Romain Grosjean had been significantly quicker yesterday in the team’s old-spec car, while Magnussen continues to drive the newer version. Grosjean, however, had an engine glitch towards the end of the session.

Carlos Sainz Jnr put his McLaren seventh ahead of Pierre Gasly. The Red Bull driver was in a new chassis following his crash yesetrday and had a wheel-banging run-in with Grosjean at the final corner. Grosjean ended the session 10th behind Kimi Raikkonen’s Alfa Romeo.

There was little sign Williams’ latest upgrade has moved them significantly closer to the pace. While the top 18 cars were covered by 1.4 seconds, the leading Williams of Robert Kubica was over three seconds off the pole position time. Kubica was also in a new chassis after a problem with his car was discovered overnight, while George Russell had to pit after floor damage was discovered on his FW42.

7 comments on “Leclerc keeps Ferrari ahead as Mercedes struggle”