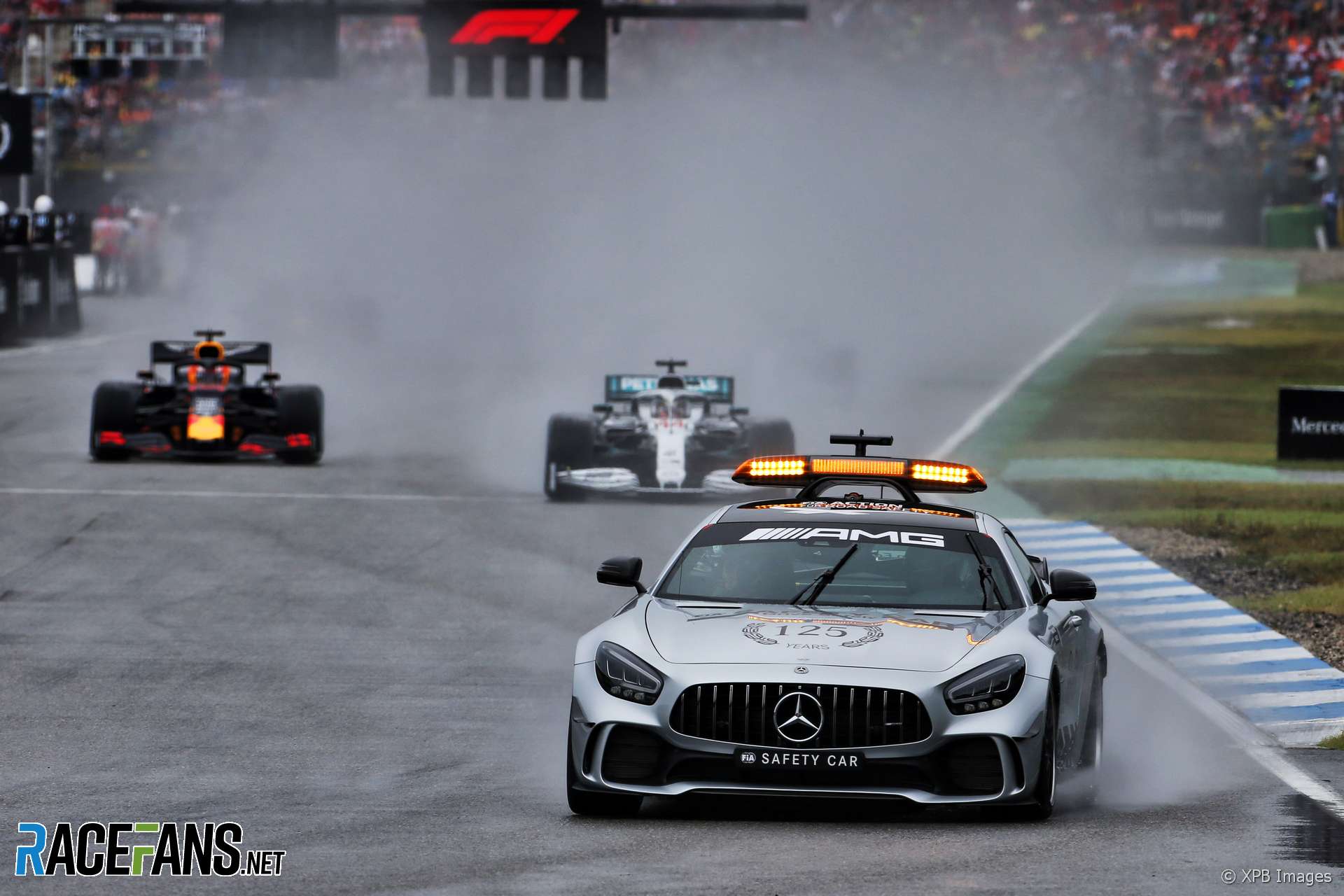 Lewis Hamilton has been cleared after the German Grand Prix stewards investigated whether he had driven too slowly during a Safety Car period.

The stewards determined Hamilton had obeyed the speed limit, and had only appeared not to because of his slow pit stop to replace a broken front wing.

“Car 44 [Hamilton] appeared to be going unnecessarily slowly during the Safety Car period, relative to the cars in front of and behind him,” the stewards explained. “However, the stewards determined that because car 44 pitted due to his own incident during the VSC/Safety Car period, and the subsequent long pit stop, he had completed one less lap under the safety car than the cars around him.

“This meant that he was obliged to drive to the delta time, while the cars around him were attempting to safely catch the Safety Car. This gave the appearance that he was driving unnecessarily slowly, however in the view of the stewards he was following the regulation.”

Hamilton had already been given a five-second time penalty in the race for entering the pit lane incorrectly following the crash by driving on the wrong side of the bollard. The stewards also gave him one penalty point on his licence for this incident, putting him on a total of two.

The stewards also confirmed Pierre Gasly and Alexander Albon will face no action for their collision at the end of the race.