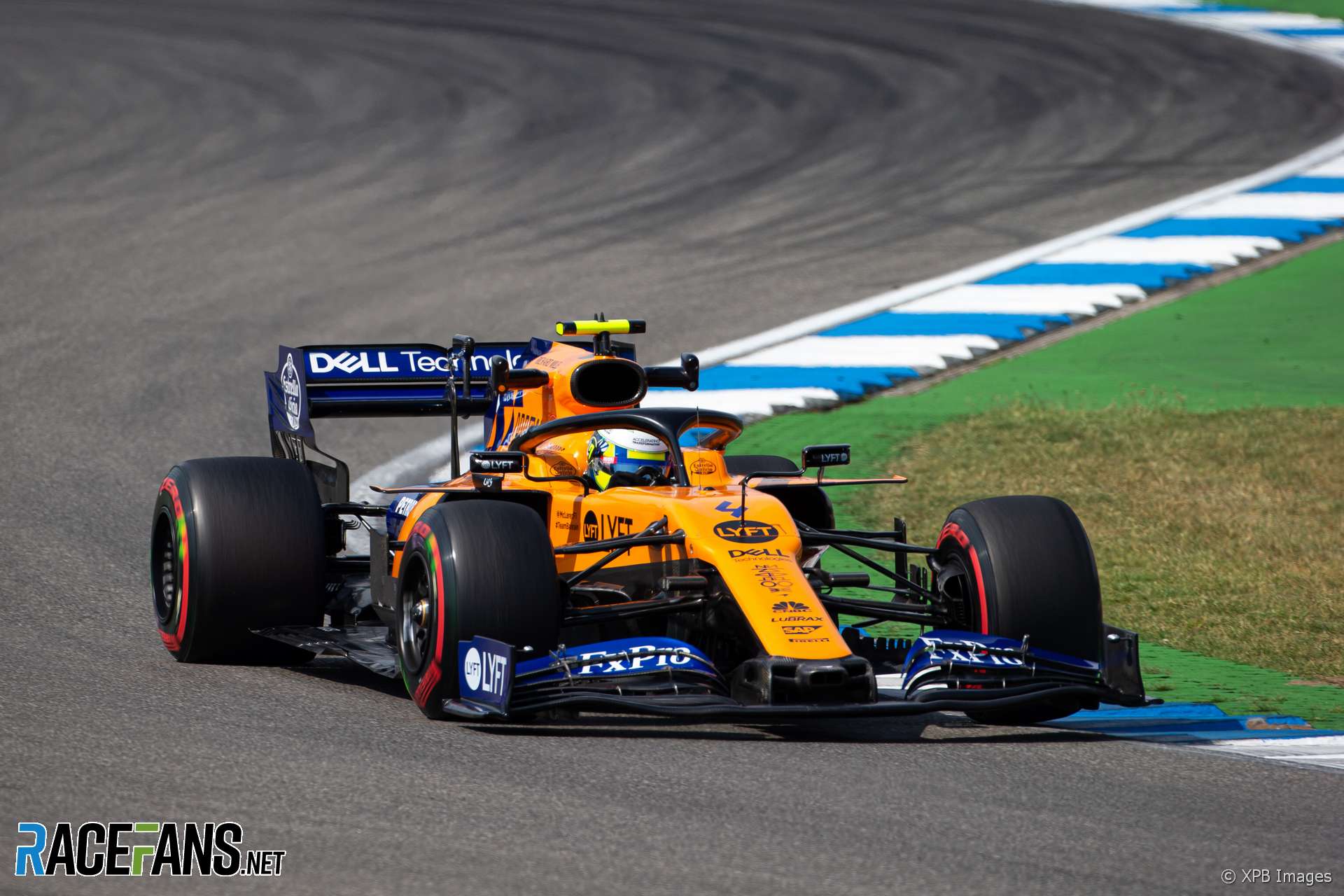 Lando Norris and Sebastian Vettel are set to start from the back row of the grid for the German Grand Prix as both will incur penalties due to power unit changes.

Vettel, who was given permission by the stewards to start the race from last position after failing to set a time in Q1, has had a new set of control electronics fitted to his Ferrari. It is the second new set the team has fitted to his car this weekend, exceeding the maximum of two for the season.

His Ferrari broke down in the first stage of qualifying yesterday. Team principal Mattia Binotto said the team suspect the failure was related to a problem with the intercooler.

Norris, who originally qualified 16th, will also incur grid penalties after McLaren fitted a new MGU-K, energy store and control electronics to his car yesterday. Norris experienced a problem with his battery during Q1.

Kimi Raikkonen has also had a new engine, turbocharger and MGU-H fitted to his Alfa Romeo, but will incur no penalty. The team also put a new MGU-K on his car on Friday.

3 comments on “Norris and Vettel to get grid penalties”