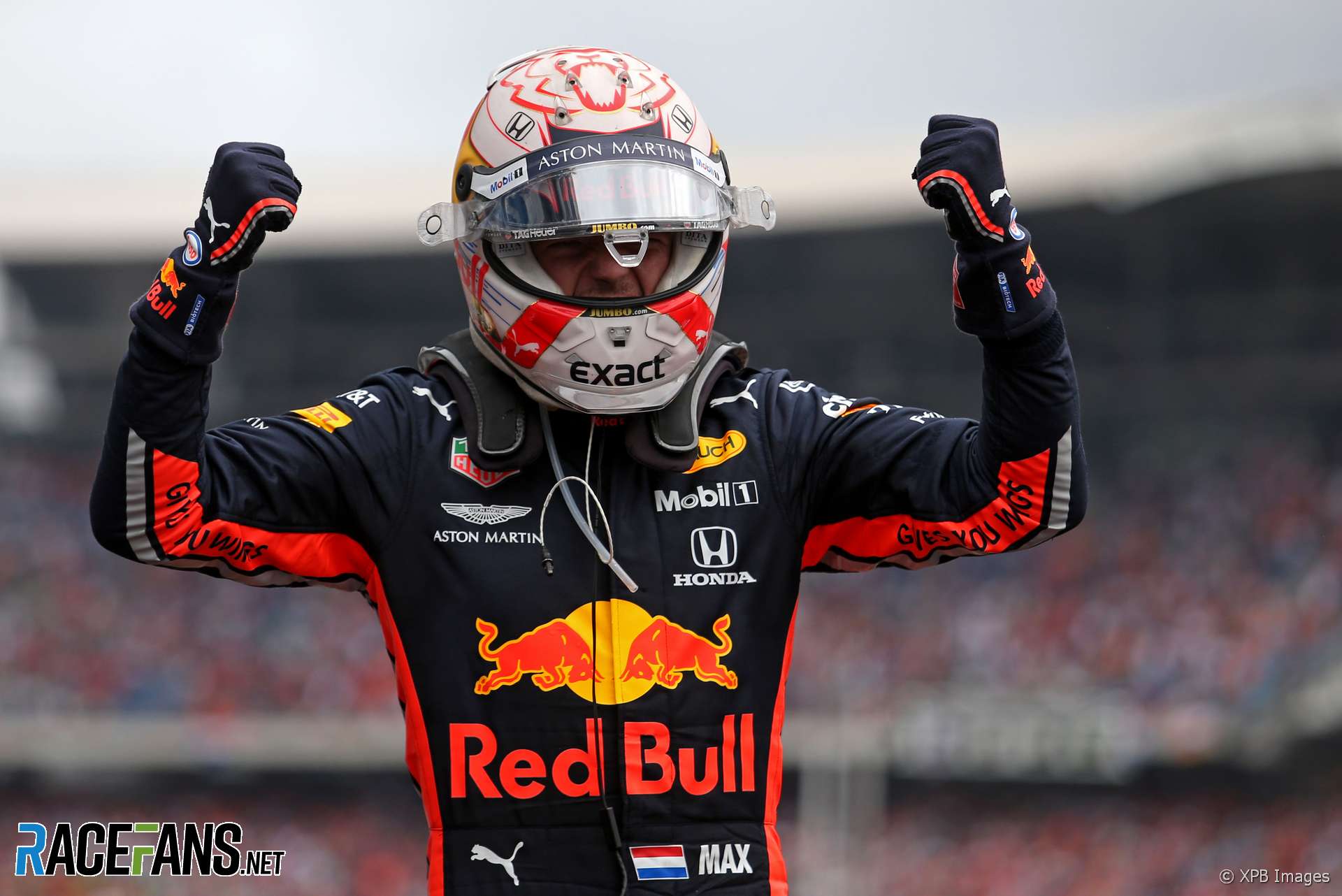 Max Verstappen won a race of pure drama at the Hockenheimring as a string of rain showers led to several crashes.

Among a string of drivers to hit trouble were Charles Leclerc and Valtteri Bottas, both of which retired. Lewis Hamilton had two major offs, one of which cost him the lead of the race, and took the chequered flag out of the points in 11th.

From 20th and last on the grid, Sebastian Vettel climbed through the field in the closing laps to claim second place. He passed Lance Stroll and Daniil Kvyat in the final laps, and held the place despite sliding off in the Mercedes arena.

Kvyat held Stroll off by six-tenths of a second to claim Toro Rosso’s second podium. Carlos Sainz Jnr, who went off early in the race, recovered to take fifth,

Alexander Albon clashed with Pierre Gasly in the final laps of the race, putting the Red Bull driver out. Albon continued to finish sixth.

A slippery surface at the exit of the penultimate corner caught out a string of drivers including Leclerc and Nico Hulkenberg, who briefly ran second. Kimi Raikkonen went off at the same corner but continued, and took the chequered flag in seventh ahead of his team mate.

The two Haas drivers completed the points despite making contact with each other again, at the hairpin. Kevin Magnussen had Hamilton less than a second behind him at the flag, as Mercedes left their home race point-less.