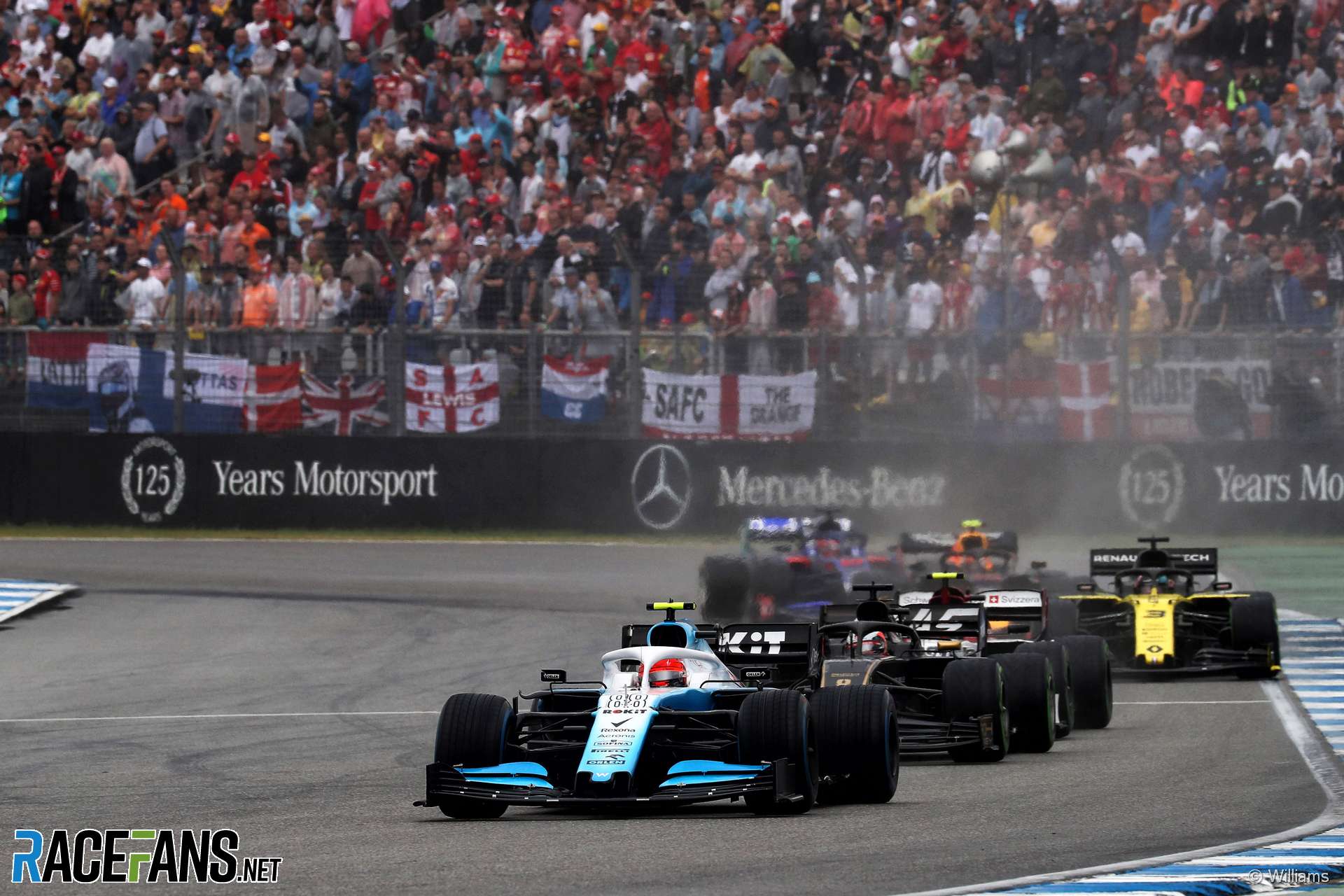 Robert Kubica broke a records which has stood for over five decades in yesterday’s German Grand Prix.

The 30-second time penalties for the two Alfa Romeo drivers promoted Kubica to the final place in the points. It was his first points score since his return to F1.

Kubica’s last appearance in the points came at the 2010 Abu Dhabi Grand Prix, eight years and 258 days earlier. That breaks the previous record for the longest gap between consecutive points scores which was set by Lucien Bianchi in 1968. Bianchi went seven years and 342 days between points scores in the 1960 Belgian and 1968 Monaco Grands Prix.

That third place finish was the only podium appearance of Bianchi’s career. Sadly, he was killed in a crash the following year; his great-nephew Jules Bianchi also died following an F1 crash, in 2015.

Kubica gave Williams their first point of the season, meaning that for the fourth year in a row every team in the championship will score a point. The last team which failed to score was Jules Bianchi’s former team Marussia in 2015.

Max Verstappen extended an unusual record with his latest victory. He now has seven wins to his name, the same number as Rene Arnox, Juan Pablo Montoya and Daniel Ricciardo. However unlike all of them – and every other driver who won more than four races – he has never started from pole position.

The Red Bull driver also noted up his seventh second place start without taking a pole position. He claimed the fastest lap too, the sixth of his career, which puts him level with Jose Froilan Gonzalez, Mike Hawthorn, Phil Hill, Dan Gurney, Emerson Fittipaldi, Carlos Reutemann and Heinz-Harald Frentzen.

Verstappen was joined on the podium by Sebastian Vettel, who climbed 18 places during the race, one short of the maximum possible with today’s 20-car grid. Third place went to Daniil Kvyat, who took the third podium of his career.

Kvyat last stood on the podium at the 2016 Chinese Grand Prix, one race before he was dropped by Red Bull. He had waited three years and 102 days to stand on the rostrum again. This is well why of the record held by Alexander Wurz, who went seven years and 285 days between his podium finishes at Silverstone in 1997 and Imola in 2005 (note Wurz did not actually stand on the podium at that race, he was promoted after Jenson Button was disqualified).

This was only the second podium finish in Toro Rosso’s 258-race history. The other was, of course, Vettel’s stunning win for them at Monza in 2008.

Racing Point took their best finish yet with fourth place thanks to Lance Stroll. Although he led the race at one stage, he was never officially scored as a lap leader as Verstappen passed him before he reached the start/finish line at the head of the field.

Finally, Mercedes marked their 200th F1 race start. They have won almost half of those: 96 victories so far. However despite Lewis Hamilton setting his 87th career pole position, they came away with just two points for Hamilton’s ninth place.

Have you spotted any other interesting stats and facts from the German Grand Prix? Share them in the comments.