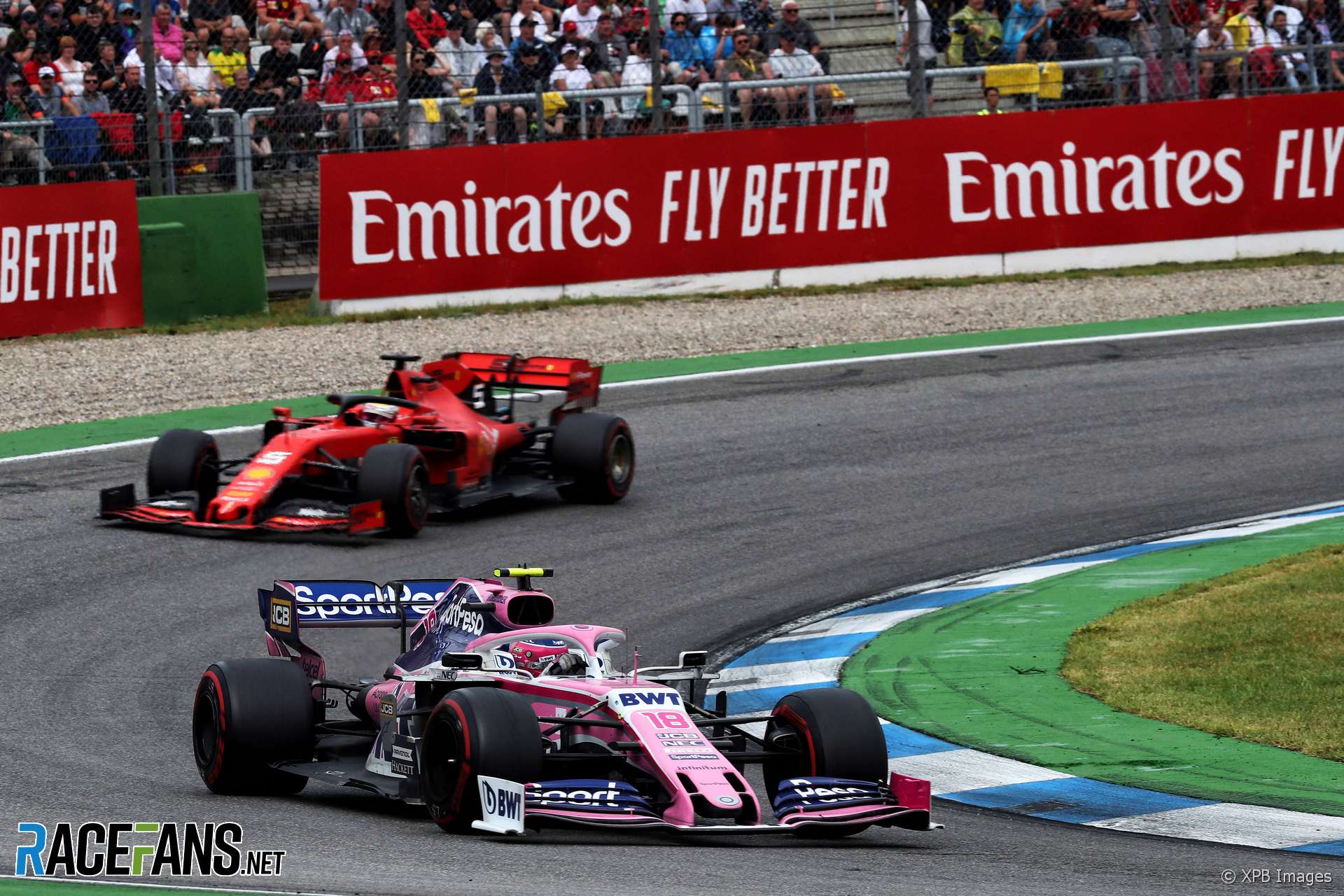 Lance Stroll says his early call to fit slick tyres at the end of the German Grand Prix was the only pit call that went right for him in the race.

The Racing Point driver was the first to gamble on slick tyres with 20 laps to go as the track was drying. “I actually said it, at that stage,” he said. “We were last, it was a team decision, but I said ‘it’s good enough for slicks’ and it was.”

As Stroll began setting rapid sector times the rest of the drivers copied him. But he said the race hadn’t gone well for him up to that point.

“We got it wrong four out of the five times,” said Stroll. “We went on slicks and then it started raining. And then I spun twice in one lap so I was limping back to the pit lane, we fitted the inters. Then it started to dry up so we fit another set of inters because we were destroying those inters, and then we fitted the slicks at the end.

“So I’ll have to re-watch the race and figure it all out.”

Stroll briefly hit the front of the field after his final pit stop. He admitted a podium finish would have been possible if he hadn’t had another spin.

“They told me I was P1 and I was still kind of exploring the grip. But I was on my tyres for two laps at that stage and the other guys came out of the pits with warmer tyres and I was still losing temperature.

“It was quite wet so I was gaining grip and they came out with fresh tyres and initially I didn’t have very good pace on the slicks but then once everyone settled in I had quite good pace and we were in the hunt for a podium.

“Unfortunately it slipped away from us today. I made an error in turn eight on my second or third lap on slicks and that allowed [Daniil] Kvyat to overtake me. If only that wouldn’t have happened we had the podium today. But it’s still a great result, P4.”

14 comments on “Stroll: We made wrong tyre call four times out of five”