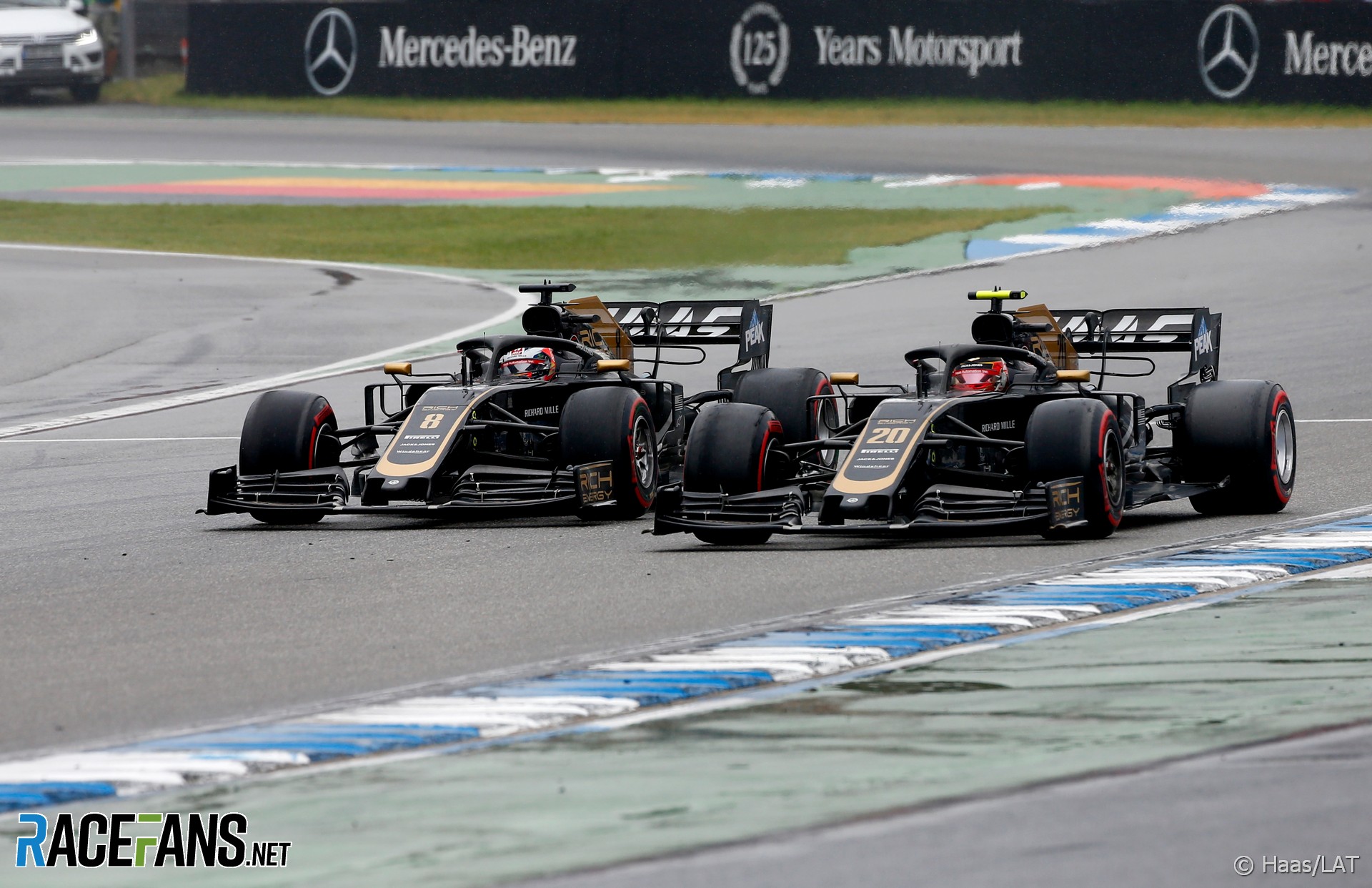 Haas drivers Romain Grosjean and Kevin Magnussen doubt their recent spate of collisions puts them at risk of losing their seats for the 2020 F1 season.

The pair have made contact at the Circuit de Catalunya, Silverstone and Hockenheimring already this year. But asked whether he was concerned it might affect his future at the team, Magnussen insisted he was “not worried at all”.

Grosjean also believes his future is more secure now than it was 12 months ago. “I was more worried last year than I am this year,” he said.

“Last year there were a lot of reasons that I could have ended up this year at home. I made many mistakes that I shouldn’t have done with my experience. But I think since then I recovered pretty well.”

Grosjean has previously said he persuaded the team to bring back its old specification aerodynamic configuration from earlier this season which has helped it understand its fluctuations in performance.

“I think everything we’ve been saying this year, the eye-opener on the car, reverting back to the old-spec car because I asked, showed that the experience is very important in Formula 1.

“Everything in the team has now changed, the focus is on a different path and how we make sure that we improve the car other than we just put upgrades without really knowing where we are.”

While he had “many reasons” to be concerned for his future last year, Grosjean says there are fewer now. “The races, I’m happy with my performance. I think qualifying I could have been better earlier in the year but now it’s back to what it was.”

Magnussen said the pair were “unlucky” that one of the three collisions between the pair put both out of the race.

“It’s happened a few times this year. It happened in Silverstone, it had a consequence for both of us. We had punctures. I think that was pretty unlucky to have two cars puncturing for such a small contact.

“There was no bad intentions from either of us in that moment it was just we came together and then punctured. Later in the race you see other cars flying into each, flying over the track and nothing happened. So we’ve got to look at that as well, to say that its just bad luck, really. That’s pretty much it.”