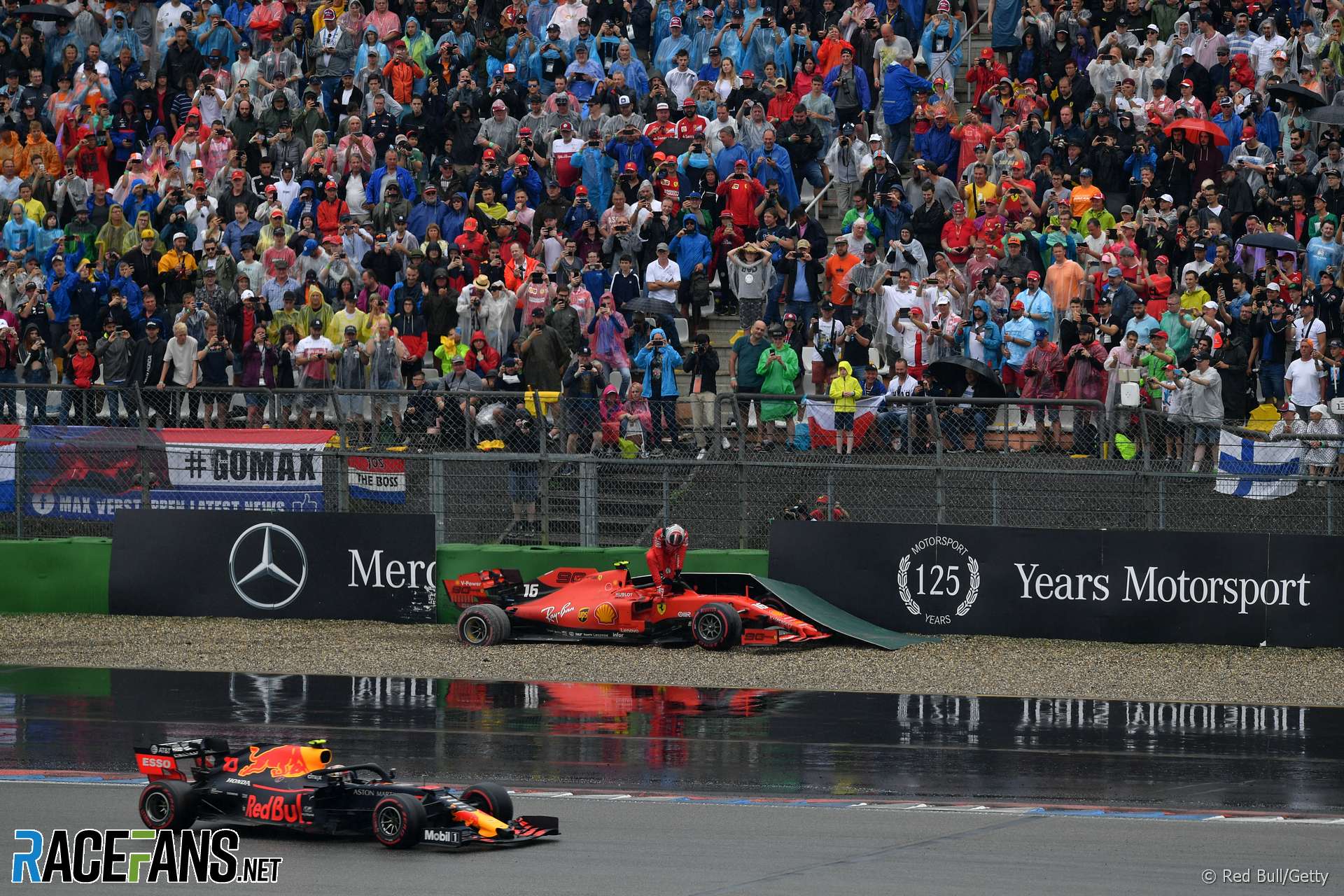 Charles Leclerc’s criticism of the drag strip run-off where he crashed at the Hockenheimring has been echoed by other drivers who went off at the same part of the circuit.

Leclerc said the run-off, which forms part of a drag strip at the circuit, was “very slippery” and “unacceptable”. Lewis Hamilton, who hit the turn 16 barrier where Leclerc went off on the same lap as the Ferrari driver, said the surface of the run-off was “like ice”.

“Normally it would be gravel,” said Hamilton. “I don’t feel any particular way about it [but] if it’d been gravel I probably wouldn’t have gone as far and I would have been able to come back on.

“But pretty poor design, that aspect of the track, I would say.”

Carlos Sainz Jnr also went off at the same point on the track earlier in the race, without hitting anything. “I was probably one of the only ones not to put it in the wall after touching it,” he said.

Sainz expects drivers will race the matter with FIA race director Michael Masi this weekend. “For us it was a very costly mistake to put a tyre there,” he said.

“I guess it will be discussed in the drivers’ meeting. But at the same time I think it made the race a bit more exciting. I paid my price for going there.”

“Instead of that maybe you can put gravel and I would be very happy,” said Sainz. “But it’s a drag strip.”

“It’s on the limit but it was the same for everyone at the same time. I didn’t put it in the wall so I was happy. At the point I thought I was the only stupid guy to spin there and I was so frustrated with myself. But then I saw a lot of people doing it.”

However Masi had no concerns about the performance of the run-off. “The drag strip looks fine,” he said when asked by Racefans. “We inspected it the other day and had a look again post-race with the water on it. It’s fine.”

“Put water on painted run-off and as much as you can do anything to make sure that it’s anti-slip paint, it’s still more slippery than what unpainted Tarmac is,” he added.

Masi pointed out drivers have previously asked for run-off areas to offer “consequences” for running wide. “Credit where credit’s due, all 20 drivers have been very consistent in their views if they run off-track there should be consequences, so to speak,” he said.

“Maybe straight after a race they might have a different view the way that it’s affected them. But sitting down with them individually and as a group that’s been their consistent view and it hasn’t changed.”

The problem is likely to be rendered moot next year Hockenheimring does not currently have a place on the 2020 F1 calendar.