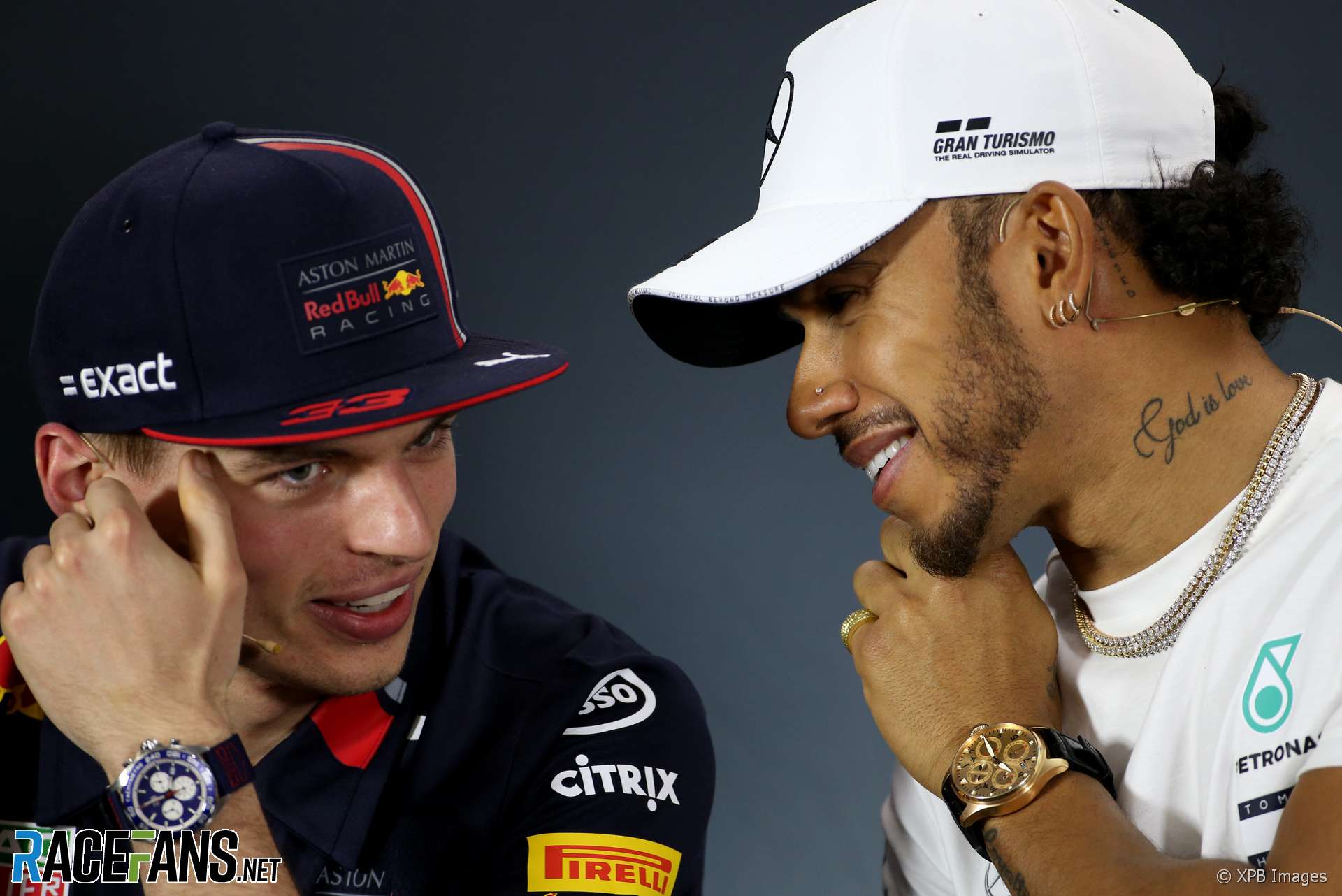 Max Verstappen has issued a challenge to Lewis Hamilton by claiming the five-times world champion hasn’t faced “big pressure” from a team mate.

But Hamilton insists he would be prepared to accept Verstappen as a team mate at Mercedes.

In an interview with Motorsport magazine, Verstappen said Hamilton has “never really had big pressure from his team mates”.

Verstappen pointed to Hamilton’s 2016 championship defeat to team mate Nico Rosberg, pointing at that although an engine failure in Malaysia cost Hamilton dearly “after the summer break there were a few poor starts and stuff where he lost first place”.

Mercedes is yet to confirm the identity of Hamilton’s team mate for the 2020 F1 season as Valtteri Bottas’s contract expires at the end of this season. Speaking to journalists at the Hungaroring yesterday, Hamilton said he would “have no problem” with Verstappen joining him at the team.

“As I’ve said before I like working with Valtteri. I don’t know how that dynamic would work for the team, I’m not saying it would not. I see positives and potential negatives.

“Obviously there’s always positives and negatives with different people you end up working with but I have no opinion towards it. In some ways it works well for me because people at the moment write, I see stories of ‘we’ve got different cars’ so that’s the only way and so that gives me an opportunity that’s not the case.”

Verstappen and Hamilton have won the last seven races between them, but two of the last three have gone to the Red Bull driver. Hamilton said he expects to face a strong challenge from his rival over the coming races.

“But nonetheless I think we’ve got to continue to focus on ourselves and not be distracted by focusing on others. I think they’ll be probably quick here and there’ll be places like Singapore where they’ll probably be strong.

“They are in general, collectively, slowly catching up. It’s easier to catch up I would say than it is to stay ahead, to be the leader, in many different aspects. But it’s great to see them progressing. We want the competition so we’ll be ready for the fight whatever the case.”