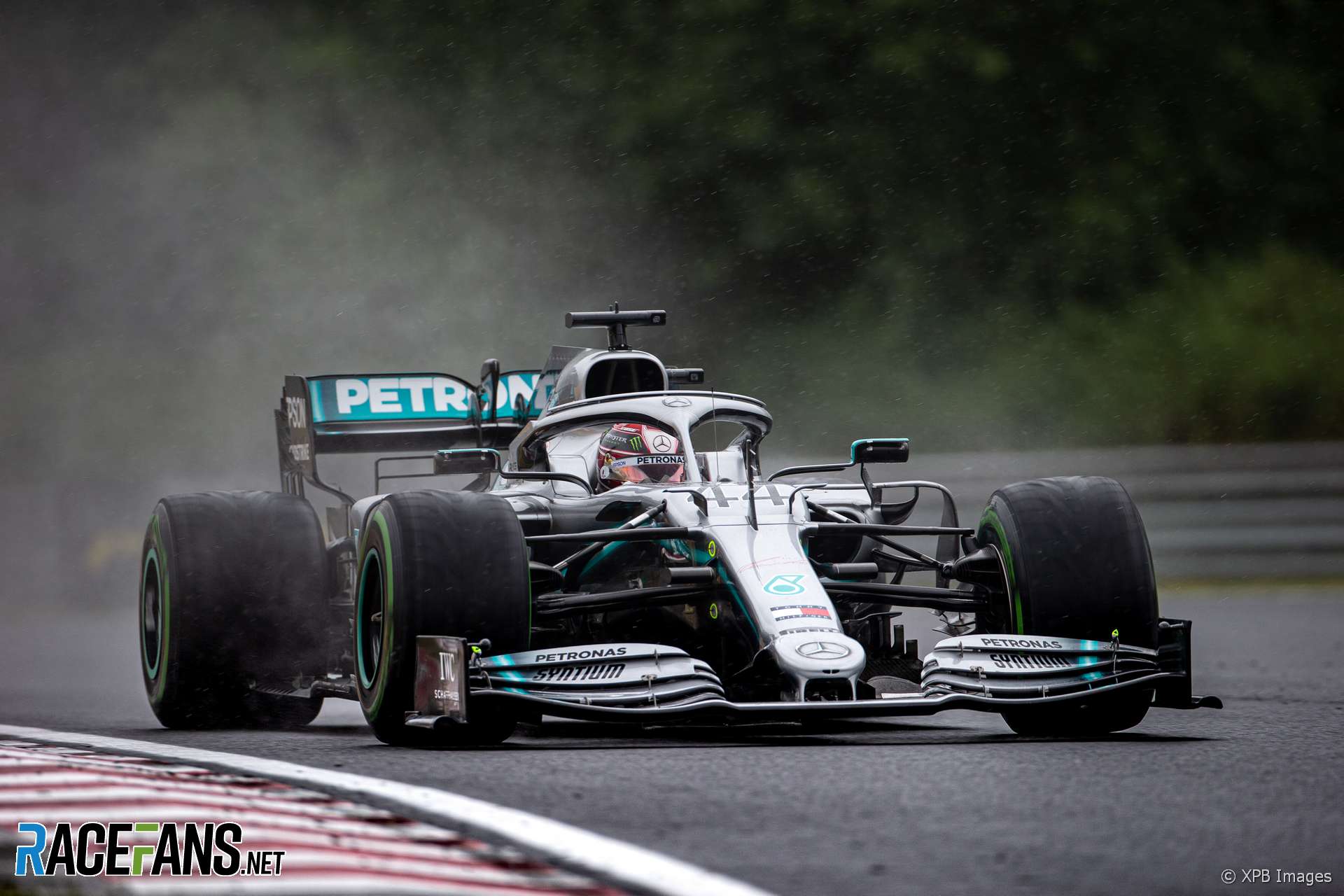 Last year’s Hungarian Grand Prix gave a perfect demonstration of the importance of qualifying well at the Hockenheimring.

Mercedes hadn’t led a single session until Q3; when it rained in qualifying Lewis Hamilton parked his W09 on pole position. With Valtteri Bottas joining him on the front row, that allowed Mercedes to form an effective roadblock to the clearly faster Ferraris.

More rain tomorrow could lead to a repeat. However Friday’s rain has made the competitive order trickier to determine in the first place. Who is in the positions Ferrari were 12 months ago?

In a reversal of last year’s form it appears to be Mercedes. This was predicted by the competition. In Germany Red Bull team principal Christian Horner talked up the slow-corner pace of the W10 as “mighty”.

But Horner’s team is the rising power among the front runners. Last year Red Bull were 0.8% off the pace at Silverstone, Hockenheim and the Hungaroring. So far this year the equivalent figures are 0.2% and 0.4% for Silverstone and Hockenheim respectively. Will they be closer again here? We only really have the first practice figures to go on, which indicate they will.

“I think Mercedes are still a little bit ahead so we still have a little bit of work to do,” said Max Verstappen after practice. “But it was also not bad at all. We are competitive this weekend but let’s wait and see tomorrow.”

What was clear in Germany is that the RB15 and Verstappen like the rain. The team surprisingly struggled in the wet conditions at this track 12 months ago, but seems to have put those problems behind it.

Mercedes’ preparations were compromised by more than just the rain. Valtteri Bottas suffered an electrical problem in first practice and had to drive back in limp-home mode without setting a time. He got out in time for second practice – when the rain arrived.

Ferrari’s potential is even less obvious than their front-running rivals’. The team has made clear steps in recent races, but slow-corner performance has been a weakness of the SF90 up until now. that said, their first practice lap time was encouraging.

Forecasts vary as to the extent of rain which can be expected tomorrow. Some predict it will dry up after the final hour of practice, others expect it will settle in for the afternoon. Mercedes’ rivals will surely be hoping for the latter.

The midfield picture is similarly unclear. McLaren, who’ve been consistently the most competitive team behind the top three, feel their car performs less well in slow corners and have had concerns about coming to the Hungaroring. Renault’s chassis seems opposite in its traits to their customer rivals, a perception underlined by Friday’s practice results.

Meanwhile Haas is still running different cars for Romain Grosjean (old spec) and Kevin Magnussen (new). The latter had a strong run in first practice. “The Melbourne-spec car doesn’t like cold temperatures”, explained Grosjean, who may have to wait until Sunday for it to warm up.