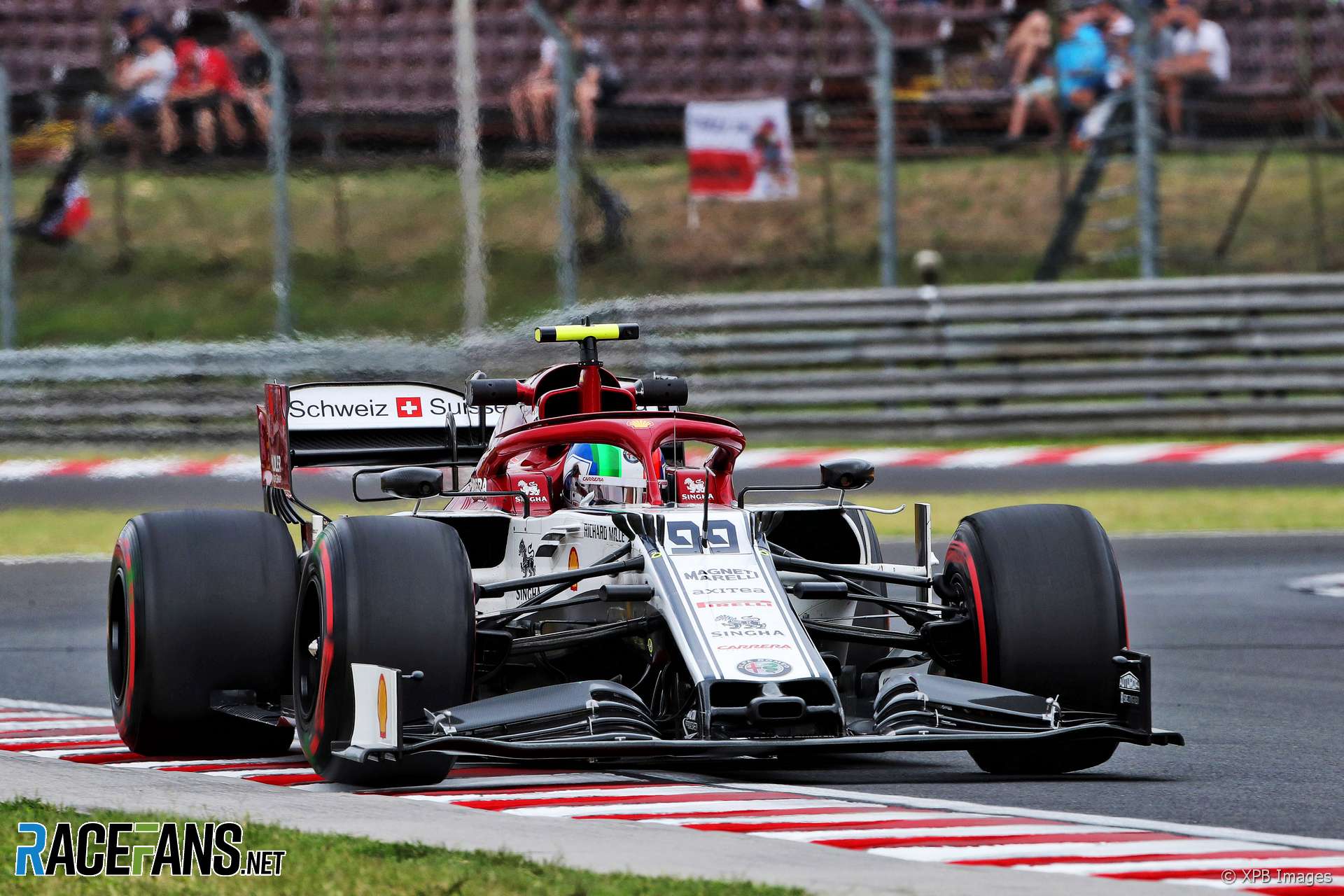 Antonio Giovinazzi has been given a three-place grid penalty for the Hungarian Grand Prix after his team failed to warn him he was in danger of holding up Lance Stroll.

The stewards found Alfa Romeo incorrectly told Giovinazzi that he was “in phase” with Stroll, when the Racing Point driver was in fact coming past him on a flying lap.

“Notwithstanding the fact that the team incorrectly informed the driver of car 99 [Giovinazzi] that he was ‘in phase’ with car 18 [Stroll], when in fact car 18 was on a push lap, it is the driver’s responsibility to ensure that on an in lap, he makes all reasonable endeavours to watch for following cars that are on a push lap and to ensure they are not impeded,” the stewards explained.

“It was noted that car 99 was shown a blue flashing light halfway between turns three and four. Telemetry and GPS data confirmed that car 18 lost considerable time through the section of track involved. The stewards believe the driver of car 99 could, and should, have moved from the racing line prior to turn four. Accordingly, the driver unnecessarily impeded car 18.”

In addition to his penalty, which drops Giovinazzi to 17th place on the grid, the Alfa Romeo driver was also given a penalty point on his licence, moving him onto a total of four.

Stroll qualified 19th, but said his lowly starting position was not solely down to Giovinazzi blocking him. “We really struggled in practice this morning and that put us on the back foot for qualifying,” he said.

“I was blocked on one of my laps and there were also some mistakes from my side which proved costly because I think it could have been much better.”