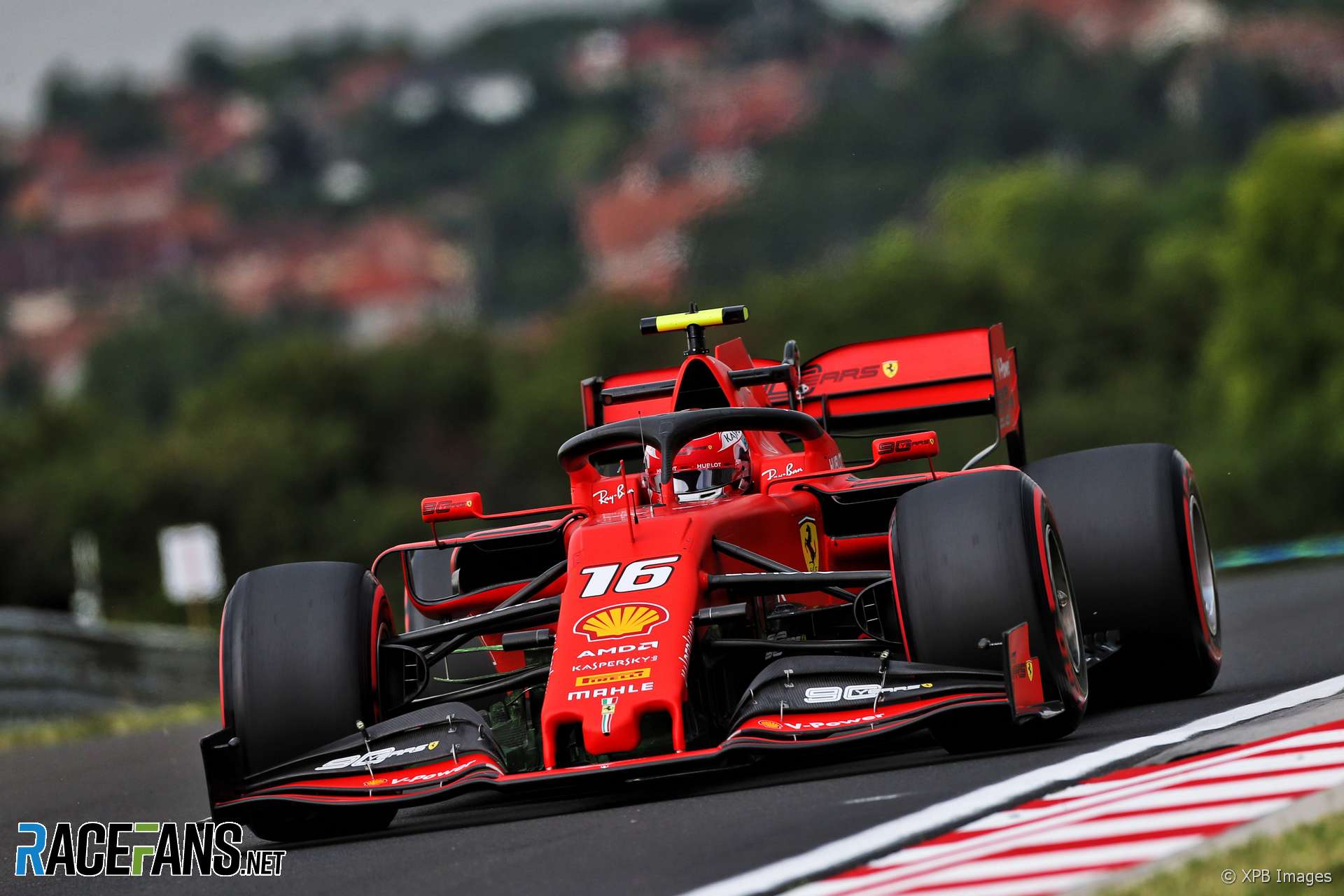 Charles Leclerc admitted he was “very lucky” to qualify fourth on the grid for the Hungarian Grand Prix after crashing in the first phase of qualifying.

The Ferrari driver thanked his team for repairing his car after he spun into the barrier at the final corner. “I’ve been very lucky to go again,” he said. “I have to thank the team very much for what they’ve done.”

Leclerc said he needs to cut out errors such as this one, his crash out of the race in Germany last weekend and his Q2 crash in Azerbaijan.

“It was a completely unnecessary mistake at that point of quali. So that’s two mistakes in two grands prix. The first one was acceptable I would say but this one is definitely not acceptable. And if I would have stayed in the wall it would have been a lot worse.

“I need to learn from these mistakes. This is the second one in quali at an unnecessary time. I need to understand how to work on that.”

The slipstream from Sebastian Vettel’s car played a role in his crash, Leclerc added.

“Baku was just trying too hard,” he said. “This one I had Seb starting the lap in front so I knew I would lose a little bit of downforce. I’ve just been surprised, but it was completely my fault.”

However Leclerc said he was pleased with his pace at the end of the session. “A very positive in Q3 on my side. Of course we are half a second down, that’s not where we want to be, but very happy with my lap overall.”