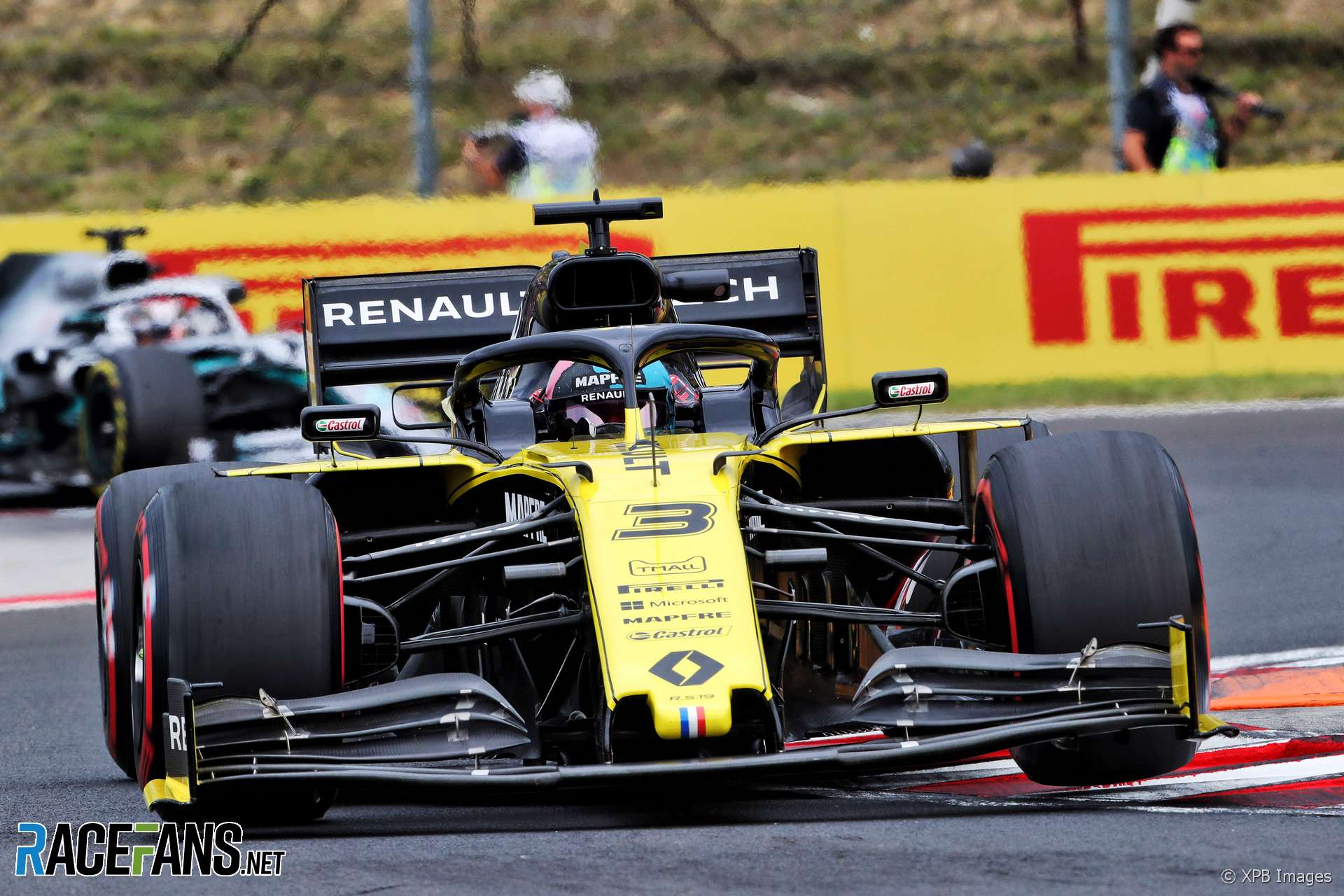 Daniel Ricciardo has given his explanation for the qualifying incident involving him and Sergio Perez which the Racing Point driver described as “crazy” and “disrespectful”.

Ricciardo tried to overtake Perez around the outside of the final corner at the beginning of their final laps in Q1 after he caught a train of cars comprising Perez, Romain Grosjean and Lewis Hamilton.

“I was told that I had quite a buffer to the chequered flag so I knew I could have gone slower. But what I didn’t expect at the time was the train of cars in the last corner. At the time I wasn’t really aware the number of cars that still were yet to start their lap.”

Ricciardo said that left him with a choice between backing off, which would cause his tyre temperatures to drop, or risk starting his lap by passing the cars ahead.

“I saw Lewis go and he went through and got a clear gap,” said Ricciardo. “So it’s like at that point do I go? And I’m like ‘yeah I’m going to go’. I got Grosjean and I thought I could clear Perez but we were both side-by-side in the last corner.”

The pair held each other up, and although both subsequently improved their lap times, neither made it through into Q2.

A string of similar incidents have occured at previous races this year, including in Bahrain, China and Austria. Ricciardo believes teams are “trying to be too clever” and need to leave more time for drivers at the end of qualifying sessions.

“I don’t want to say ‘Lewis started it’ because I’m not pointing the finger at him,” he said. “But obviously when some people just start to go, I saw Grosjean was trying to go with Perez and I want to get in it as well.

“It’s just messy and I think it’s a bit like probably China: Too many cars going too late. If we go too slow our tyres are going to get cold and we might not make it in time to cross the line.

“So it’s probably just for everyone that we could just go earlier and create less chaos. We are trying to maximise the track conditions but it’s we might be just trying to be too clever.”

Ricciardo said the situation was more frustrating because he believes his car was quick enough to reach Q3. “It’s easy to sit here and say it but yes, it was, it really was.

“I felt like the first lap in Q1 was actually pretty average but the car was a lot better than the morning and I knew there was easy lot time there. So I think that was part of the frustration. I think if we were slow all weekend and expected to be out in Q1 then you kind of say well we didn’t really deserve better but I definitely felt like we were.”