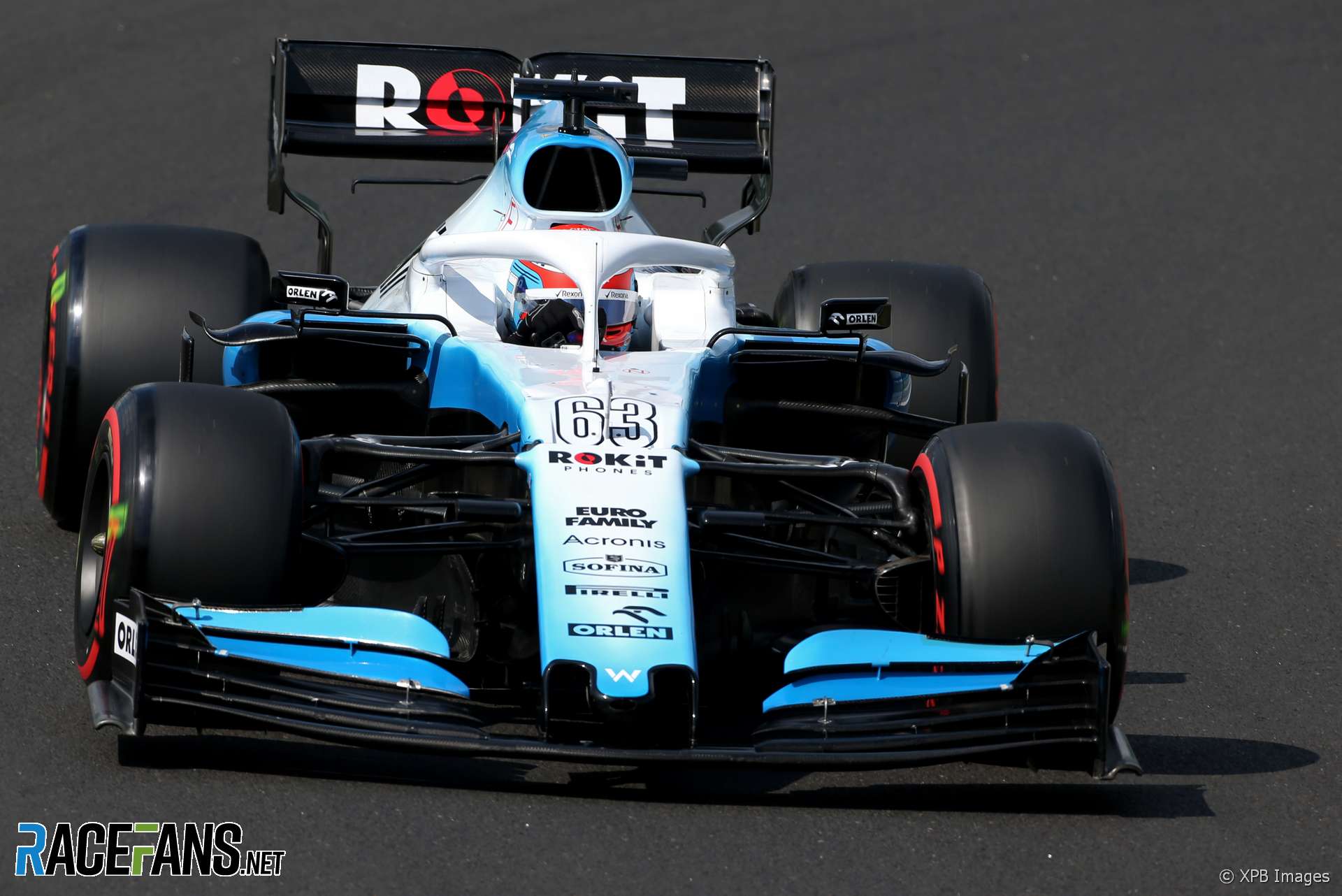 George Russell says his surprise 16th on the grid for Williams “felt like a pole lap” for the team.

Williams has been the slowest team in qualifying at every round so far this year. But Russell said he thought after final practice they could get into Q2 for the first time.

“I felt like I did a good lap in [final practice],” he said. “I think we were a few tenths behind the guys around us. I wasn’t sure if they were making mistakes or what was happening.

“Prior to that session from the strategists and everything we believed our true pace was about four tenths behind the next-slowest. So to come away [16th] on merit ahead of both Racing Points and [Daniel] Ricciardo it really felt like a pole lap for us.”

Russell described the mood in the team as “electric” following today’s qualifying session.

“Considering our whole season to this point, it’s been an incredibly tough year from so many aspects. Especially the race team people – it doesn’t matter if you’re at the front of the grid or the back of the grid – you still work the same hours, as much effort.

“These guys only four years ago were putting the car on front row places, podiums week-in, week-out. And they’re working probably harder now than they’ve ever done before and they’ve had nothing to show for it.

“That performance has gone so far and especially going into the summer break is really, really what we all need as a team. This performance isn’t just from my side, we really did this together.”