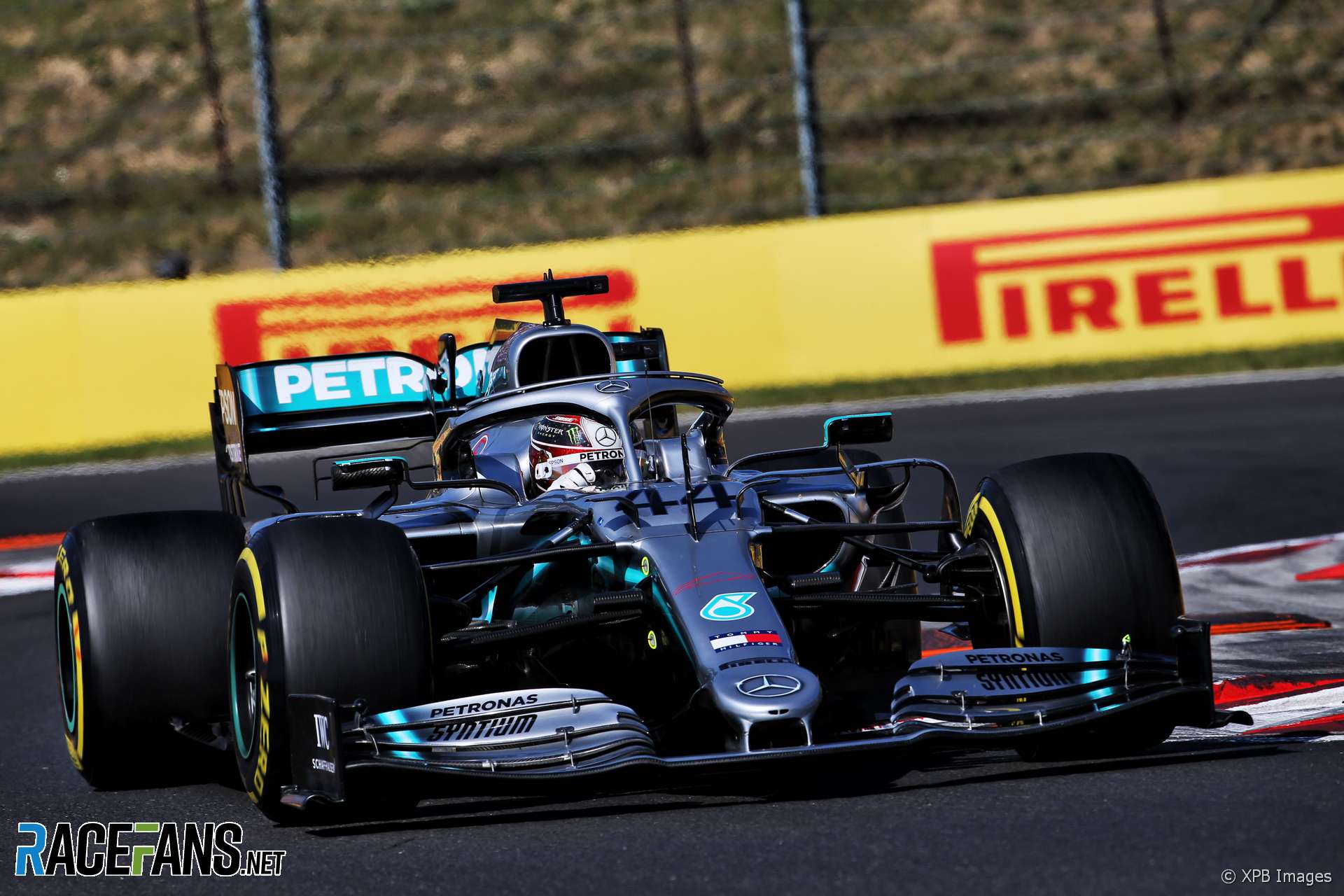 The fight raged between the Mercedes and the Red Bull driver throughout the race. Verstappen stayed ahead of Hamilton when the pair pitted, then withstood a fierce attack from his rival as they picked their way through traffic.

The race turned when Mercedes brought Hamilton in for another pit stop. On another set of medium tyres, he chased down Verstappen, whose rubber wilted with half-a-dozen laps to go. Three laps from home, Hamilton easily cruised by the Red Bull on the start/finish straight. Verstappen collected second place after pitting for a set of new tyres and setting the fastest lap of the race.

The Ferrari drivers never figured in the fight at the front. Sebastian Vettel, who ran a long first stint and then switched to softs, dived down the inside of Charles Leclerc on the penultimate lap to claim the final podium place.

Valtteri Bottas took himself out of contention on the first lap of the race after Hamilton muscled past him at turn three. Leclerc then drew alongside and the pair collided, leaving Bottas with damage. He had to pit early, and after a second pit stop ended the race eighth.

Pierre Gasly lost three places at the start and wasn’t able to recover the position he lost to Carlos Sainz Jnr. The McLaren driver therefore beat him to fifth, while Red Bull reclaimed some of Gasly’s lost places when he pitted.

A slow pit stop for Lando Norris dropped him down the order. He finished behind Kimi Raikkonen and Bottas. Alexander Albon, despite falling victim to a superb pass by Daniil Kvyat early on, claimed the final point.

156 comments on “Hamilton hunts down Verstappen for Hungarian GP win”