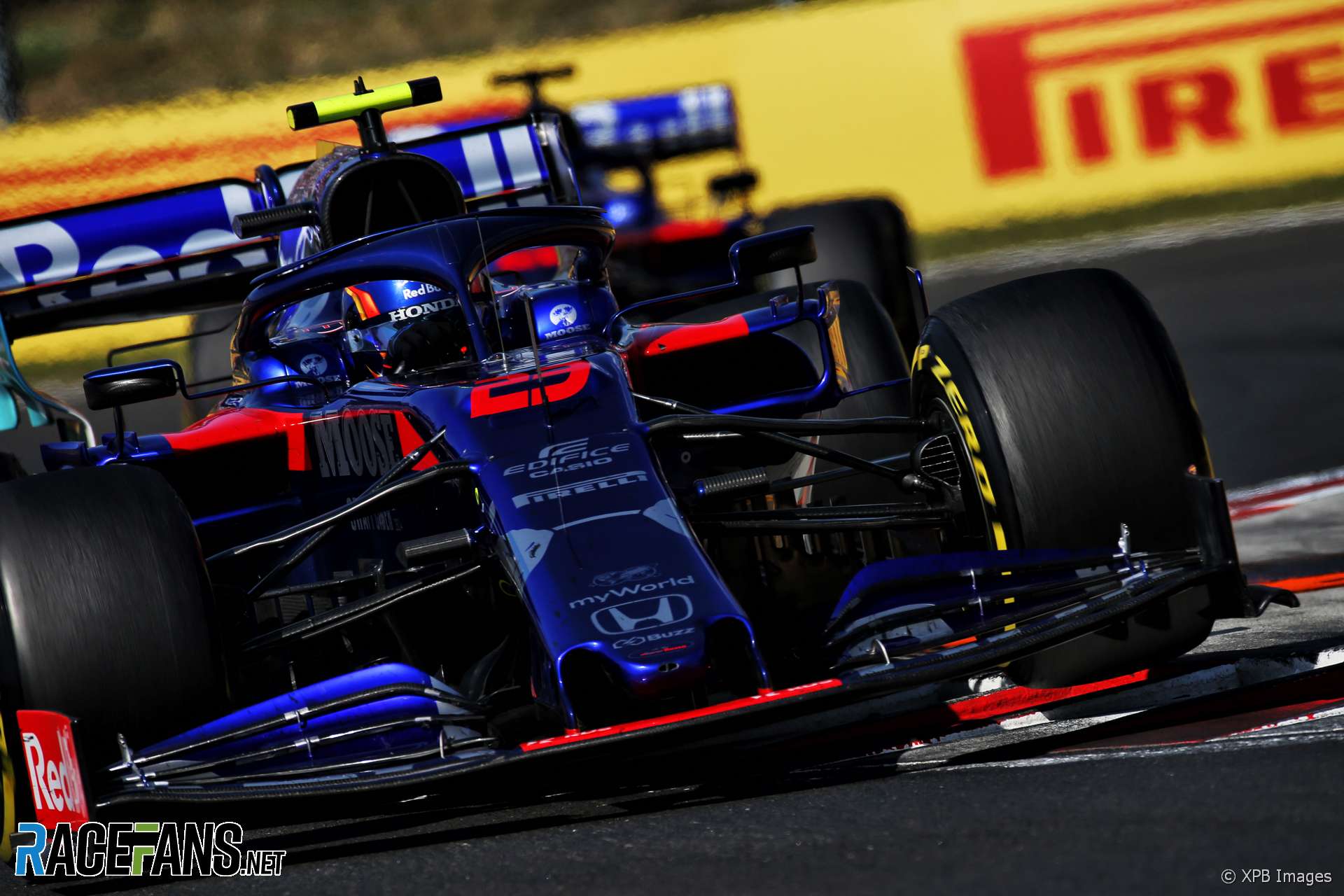 Daniil Kvyat said his team mate beat him to the final point in the Hungarian Grand Prix because he ended up on a “much better strategy”.

The pair swapped place early in the race when they went side-by-side for several corners. However Alexander Albon stayed out seven laps later than Kvyat, who found himself struggling with his hard compound tyres later in the race.

Kvyat said he thought when he pitted the second stint would be difficult. “You always hope you might make it for some magic reason but I thought OK, it might not be an easy one.

“Then they told me my team mate pitted 12 laps later than me or something and I thought that was a much better strategy.”

His situation was complicated by a fight for position with Sergio Perez, which meant he couldn’t conserve his tyres as much as he needed to.

“They were asking me to fight Perez,” he said. “It’s tricky, you can’t just manage all your race. I tried to fight Perez, I used all my tyres behind him, and him as well, he died in the end too in the race. So that’s how it went today.”

When Kvyat’s pace began to drop he was unable to keep Albon behind, who went on to pass Perez for the final point.

“Once you hit the cliff, what we call it with the tyres, it’s gone,” said Kvyat. “You’re about three or four seconds a lap slower. It was done pretty much.”

“In the beginning of the race the pace was amazing,” he added. “I think a shame that the call came a bit too early.”

11 comments on “Kvyat: Albon had a “much better strategy””