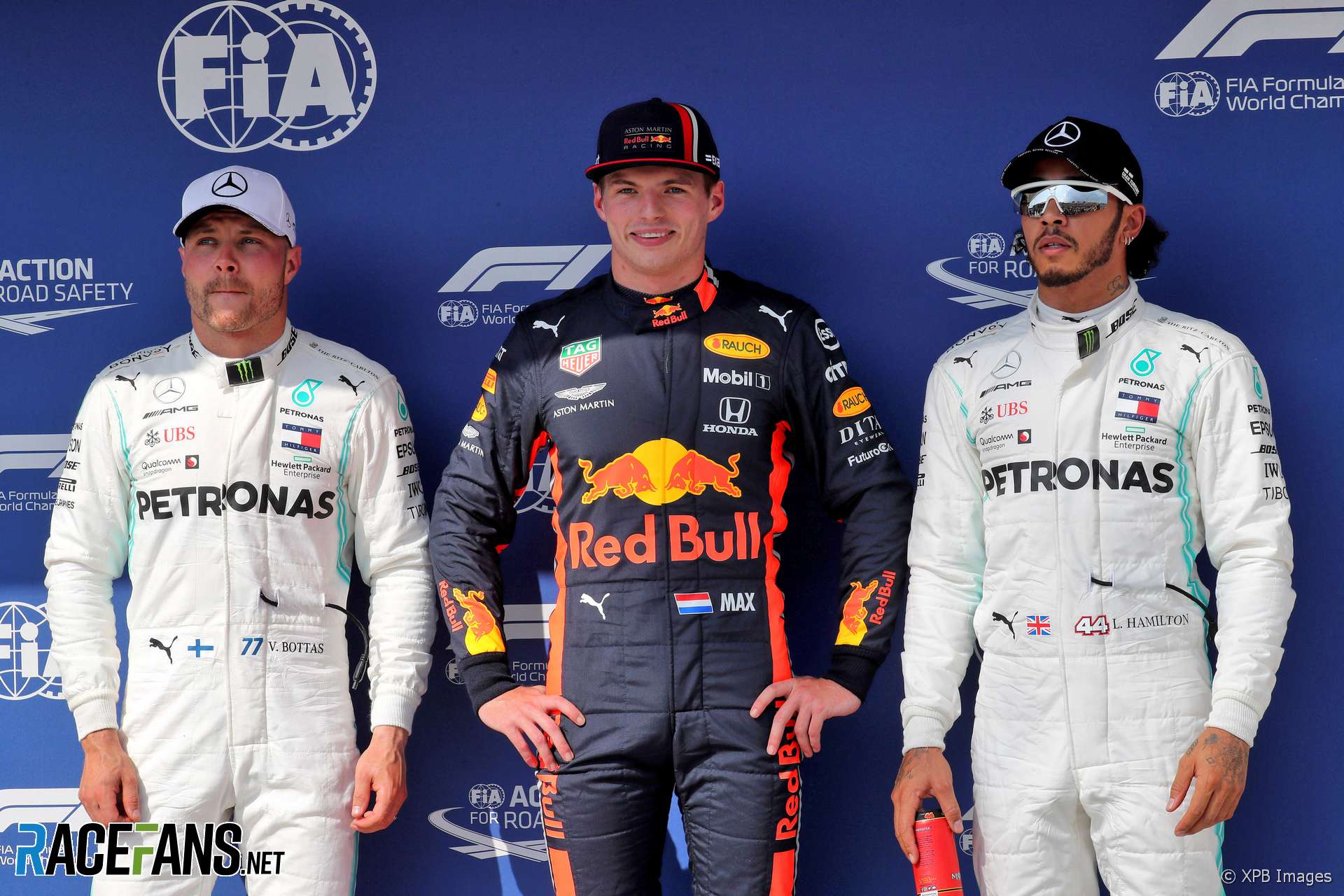 Max Verstappen has to be considered a “title rival” given his recent string of form, says Mercedes team principal Toto Wolff.

Verstappen has won two of the last three races and given further indication of Red Bull’s form by taking pole position for the Hungarian Grand Prix.

The Red Bull driver goes into the race 63 points behind Lewis Hamilton and 22 behind Valtteri Bottas. However Wolff is not ruling him out of championship contention.

“There is 10 more races to go, 260 points to score,” said Wolff. “So you can see from the sheer maths Max is somebody we need to take seriously and consider as a title rival in the same way we need to consider the two Ferrari drivers as title rivals. We cannot afford to take the foot off the throttle.”

Red Bull and Honda’s first pole position together reflects the progress they have made since the start of the season. Wolff says this must spur Mercedes on to raise their game too.

“We had a good streak of success and it feels now that probably to push that we need to do is even more. The others are catching up and it’s easier to catch up than to maintain the level and set the benchmark.

“There is a reason why no one ever won a six consecutive double constructors and drivers championship because it is not easy. I guess that we all know that but we’ve got to push harder and smarter in order to to stay ahead.”