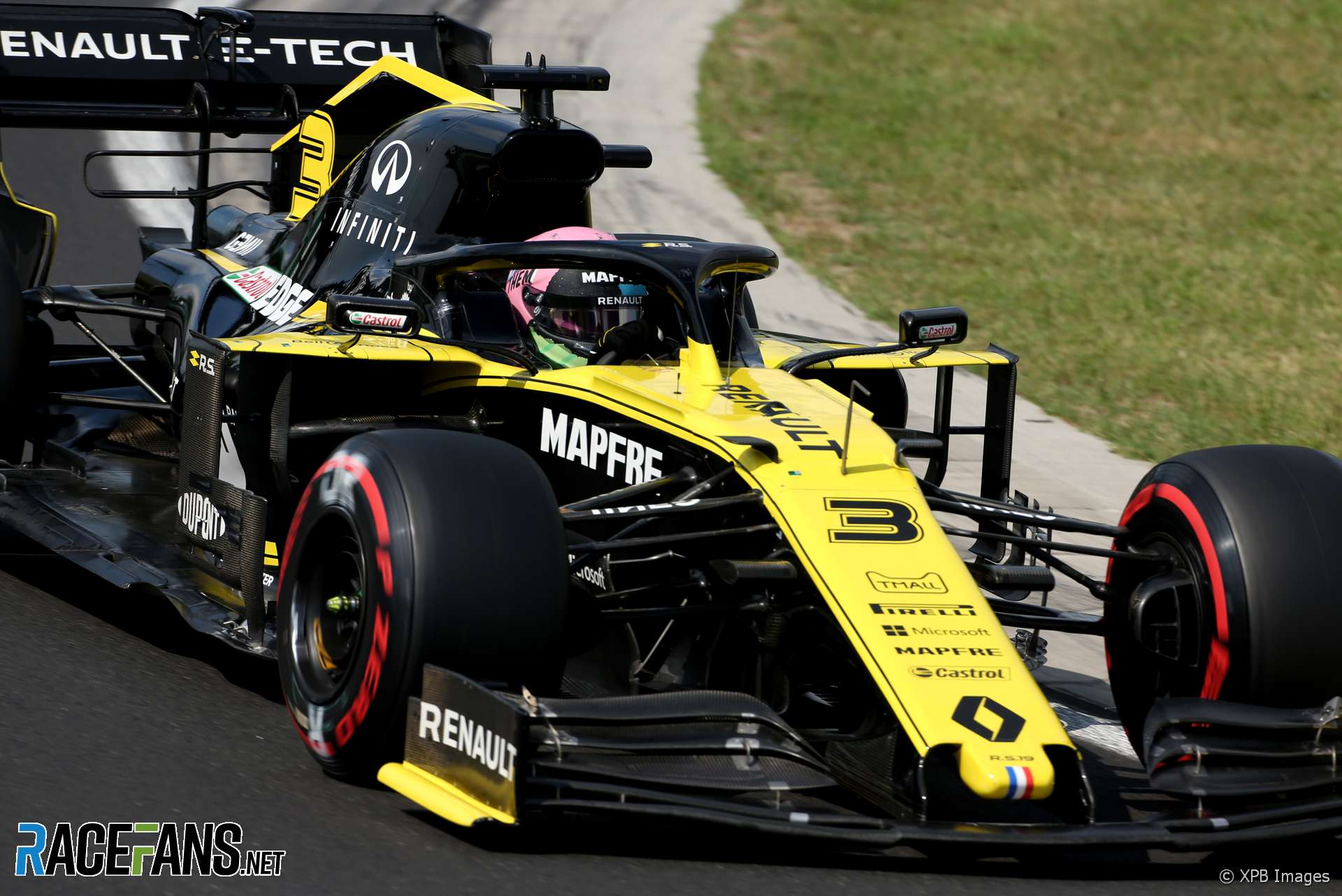 Daniel Ricciardo will start the Hungarian Grand Prix from the back of the grid after Renault decided to fit a complete new power unit to his car for the race.

Ricciardo said his car was quick enough to qualify in the top 10 for the race but was set to start from 18th position following his incident with Sergio Perez in Q1. Ricciardo and Perez delayed each other after the Renault driver tried to pass his rival at the exit of the final corner.

Renault has therefore taken the opportunity to fit a new power unit to Ricciardo’s car as doing so will only move him back two places on the grid, to 20th. Ricciardo has taken his fourth engine, turbocharger and MGU-H, plus his third MGU-K, energy store and control electronics.

The stewards confirmed Ricciardo is “required to start the race from the rear of the grid” following the changes.