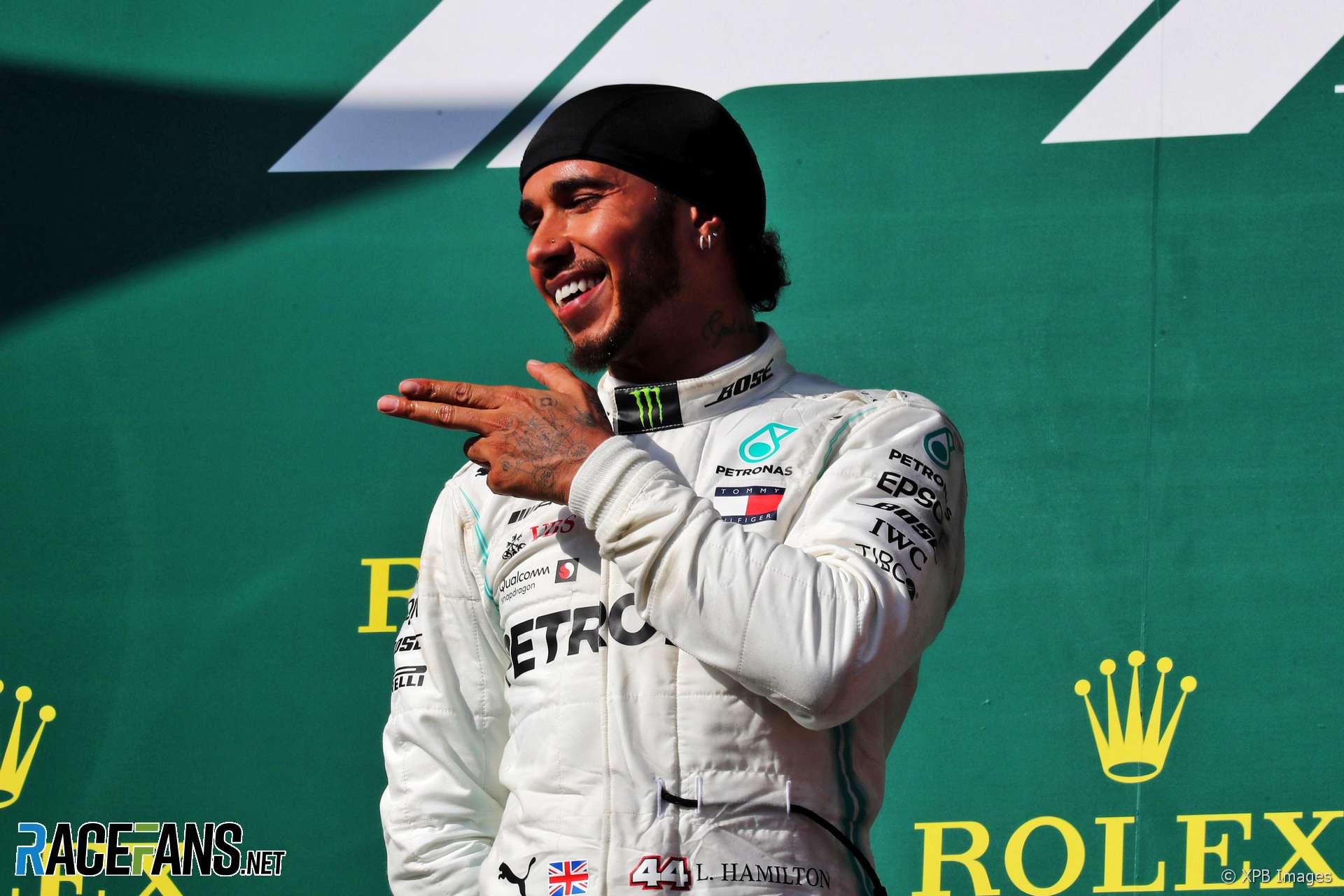 Lewis Hamilton’s eighth victory from the first 12 races of the season puts him in a strong position to claim his sixth world championship this year. With nine races to go and 234 points up for grabs, he leads the drivers’ standings by 62.

He is also well-placed to beat the all-time record for wins in a season. This stands at 13, set by Michael Schumacher in 2004 (an 18-race season) and matched by Sebastian Vettel in 2013 (when there were 19 rounds).

Hamilton has also moved another step closer to equalling Schumacher’s all-time record of 91 wins. Hamilton is now on 81, 10 shy of Schumacher’s record. But with nine races to go this year, we’ll have to see the 2020 F1 calendar before having an idea which race might see Hamilton equal a record which has stood since the 2006 Chinese Grand Prix.

While Schumacher’s record for most wins in an individual race – eight in the French Grand Prix – remains untouched, this is the second race this season where Hamilton has notched up his seventh win, along with the Canadian Grand Prix.

Max Verstappen became the 100th different driver to take pole position for a round of the world championship, and the first driver from the Netherlands to do so.

He is the second driver to claim their first pole position this year, following Charles Leclerc’s performance in Bahrain. The last time we had two first-time pole winners in a season was in 2012, when Nico Rosberg and Pastor Maldonado did so.

This means Verstappen no longer holds the record for winning the most races without starting a race from pole. That record is once again jointly shared by Eddie Irvine and Bruce McLaren, with four each.

Finally, this was the fastest Hungarian Grand Prix ever. Hamilton took one hour, 35 minutes and 3.796 seconds to reach the chequered flag, beating Schumacher’s 15-year-old record by 22 seconds. The race was stopped at the two-hour time limit when it was first held in 1986, on a tighter track configuration.