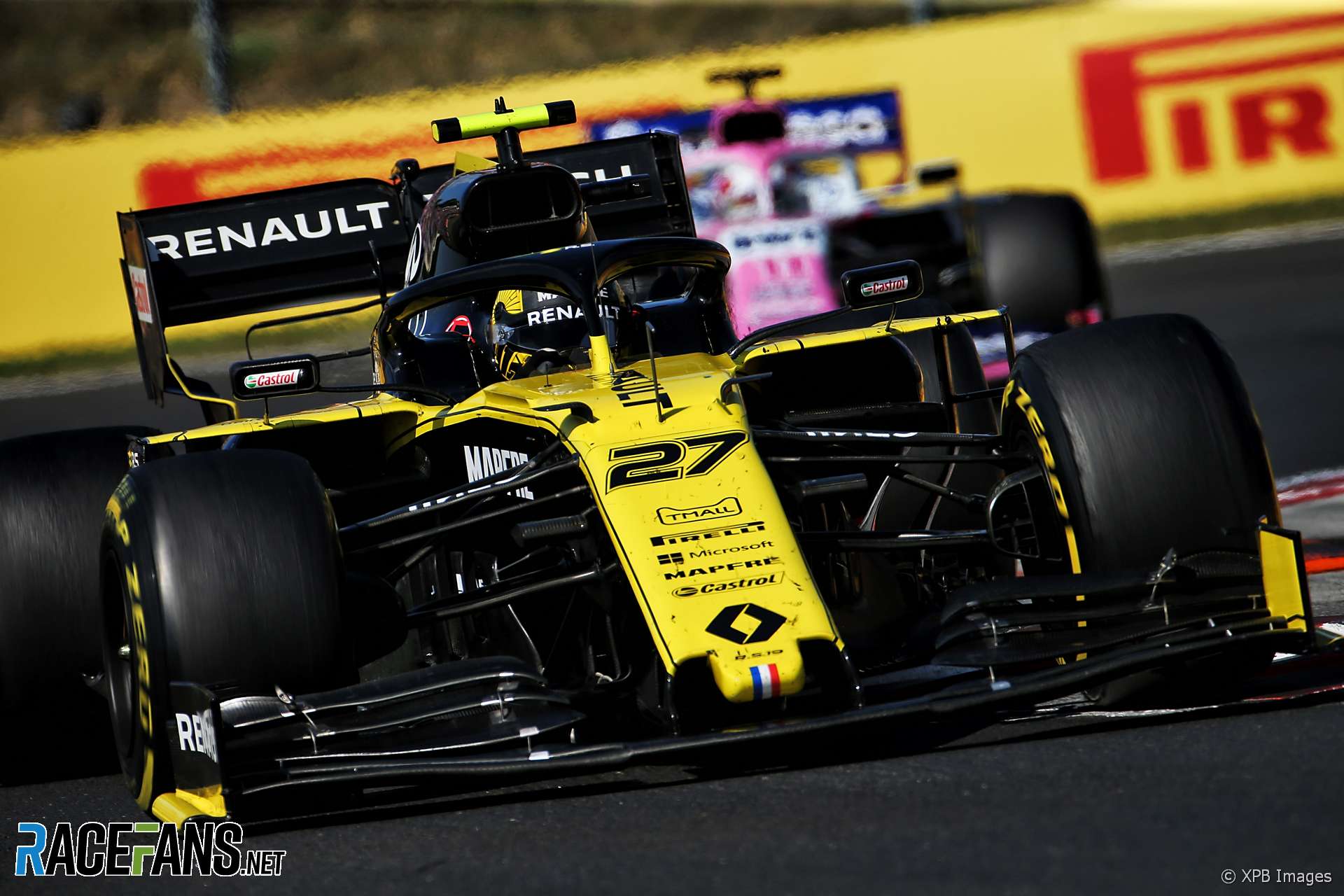 Renault needs to ask “serious questions” about its lack of progress over the last 18 months, says Nico Hulkenberg.

The team had expectations of closing the gap to the front-running team after finishing fourth in the championship last year. However at the summer break it lies sixth having only scored points in half of the 12 races so far.

According to Hulkenberg an engine control problems cost him three tenths of a second per lap in yesterday’s race, along with other problems.

“The car was quite difficult to drive again today,” he said. “Didn’t really feel together at all today so it was fighting the front axle, the rear axle and just didn’t have the pace. With these things you can’t expect too much.”

The team has scored 39 points so far, less than half the 82 it had at this point last year. “It’s a tough one,” admitted Hulkenberg. “It’s obviously quite below our expectations and our targets.

“I think we need to ask ourselves some serious questions and review a couple of things internally. But there’s been far more lows than highs unfortunately. Not really satisfying.”

Hulkenberg said the team needs to consider “how we go about things and where we’ve come the last 18 months with the car. What we’ve been doing and the fact it’s had not that much of an effect.

“We need to ask ourselves how we go about it in the future to make sure updates will really bring some yield and bring us forward.”