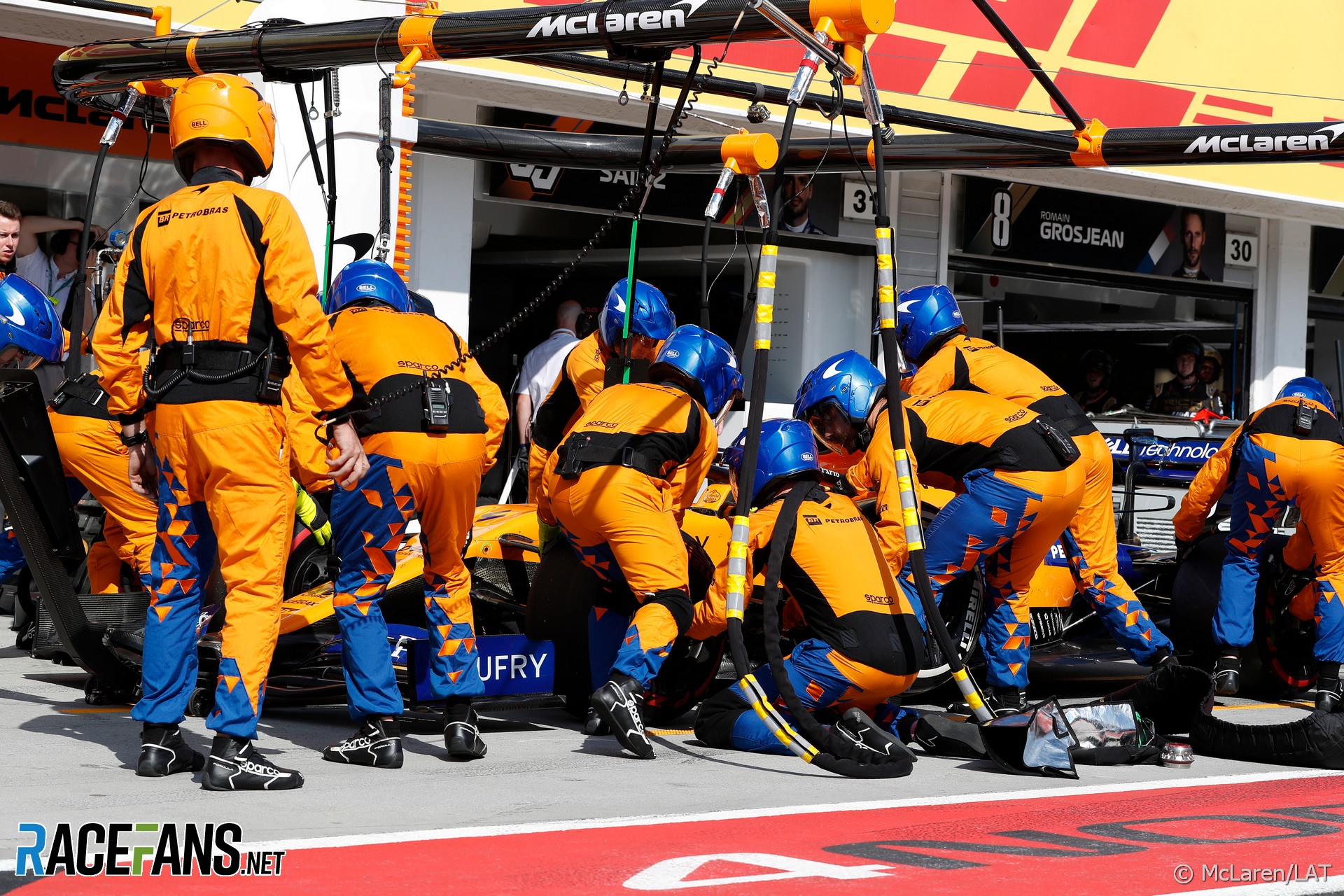 Unfortunately we had an issue with the left-rear wheel gun which caused the delay in the tyre change. In the end that lost him two positions, plus it got Bottas clear air next to him that in the race and Bottas got him as well.

So I’m sorry from our side to Lando that he was unlucky. In terms of driving he pulled off also a great performance today. Had a good start as well. But these things happen in racing.

The good thing is now that we can score these 12 points. It was what you need just before such a break in terms of boost again for the entire team. It’s a good time now to switch off the next two weeks and recharge our batteries and then come back and go into full push for the second half of the season.

YES YES YES! Great to sign off for summer on a high with a missile of a car after that last race… to whom it may concern – f*ck you! #F1 #HungarianGP

Wishing a big Happy Birthday to our amigo, @EstebanGtz! 🎂🎉

Brundle: How Lewis vs Max stole the show (Sky)

"I'm hearing that key F1 teams are strongly resisting the proposed 2021 aero changes and the concept of increased standardised parts, on the basis that the former may not improve the racing in lieu of the massive development costs, and the latter will cost more for lower quality parts."

"It’s not easy to find the right words that encompass everything that our friend Jean-Paul Driot was... He was a true racer, a passionate man, a fighter and a well-respected competitor."

"France pit lane has been updated for the 2019 season."

The previous record was 48 races between Mark Webber winning his first race in Germany 2009 and Nico Rosberg winning his 1st race in China 2012.

If you look at days instead of races the record is not yet broken as today there are more races per year than in previous decades. In days the current streak is ranked only fifth with 854 days – it will break the record if there is no new grand prix winner this season by March 15th 2020 it will than be 1,050 days (58 races). Below is the top four longest droughts in days between new grand prix winners.