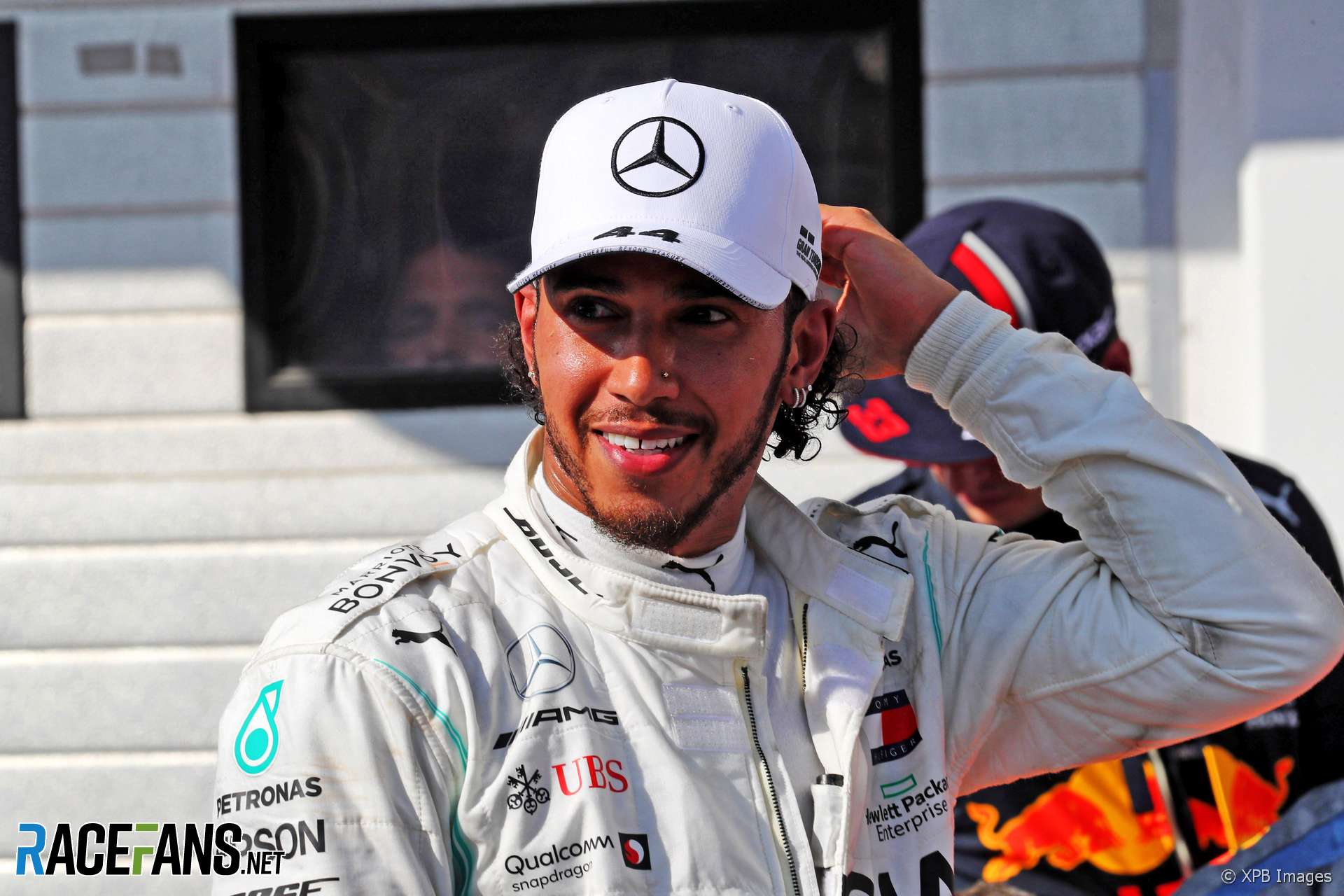 Lewis Hamilton has given further indications he plans to extend his career well beyond the end of his current contract, which expires after the 2020 F1 season.

That would leave Hamilton one title away from Michael Schumacher’s all-time record of seven. Hamilton has also moved within 10 victories of Schumacher’s record tally of 91 wins.

His latest comments on his future indicate Hamilton intends to stay in F1 long enough to have a realistic chance of breaking both records.

“I was saying to my guys just now we had our first win here together 2013 and we’ve just been going from strength to strength,” said Hamilton following his win on Sunday. “The majority of the people are still the same people that are here from when I joined and this long, long journey we’ve gone on together it’s been remarkable. I think right now I’m just excited to see what more we could do together and what’s next.”

Hamilton says he has paid attention to when other sportspeople have chosen to retire. “I honestly don’t know why some people decide to stop at the times they decide to stop,” he said. “But I tell you, I love driving, man.

“I’ve never liked practice – I don’t mind practice on the race weekends but testing, I’ve always made that clear, I don’t really enjoy that so much.

“But I really love the challenge, arriving this weekend and digging into the data. Trying to pull up – this weekend Bono [race engineer Peter Bonnington] is not feeling so great – lifting him up, because last weekend I was going through crap and he lifted me up and carried most of the weight. I just love that rapport that you have with this group of people.