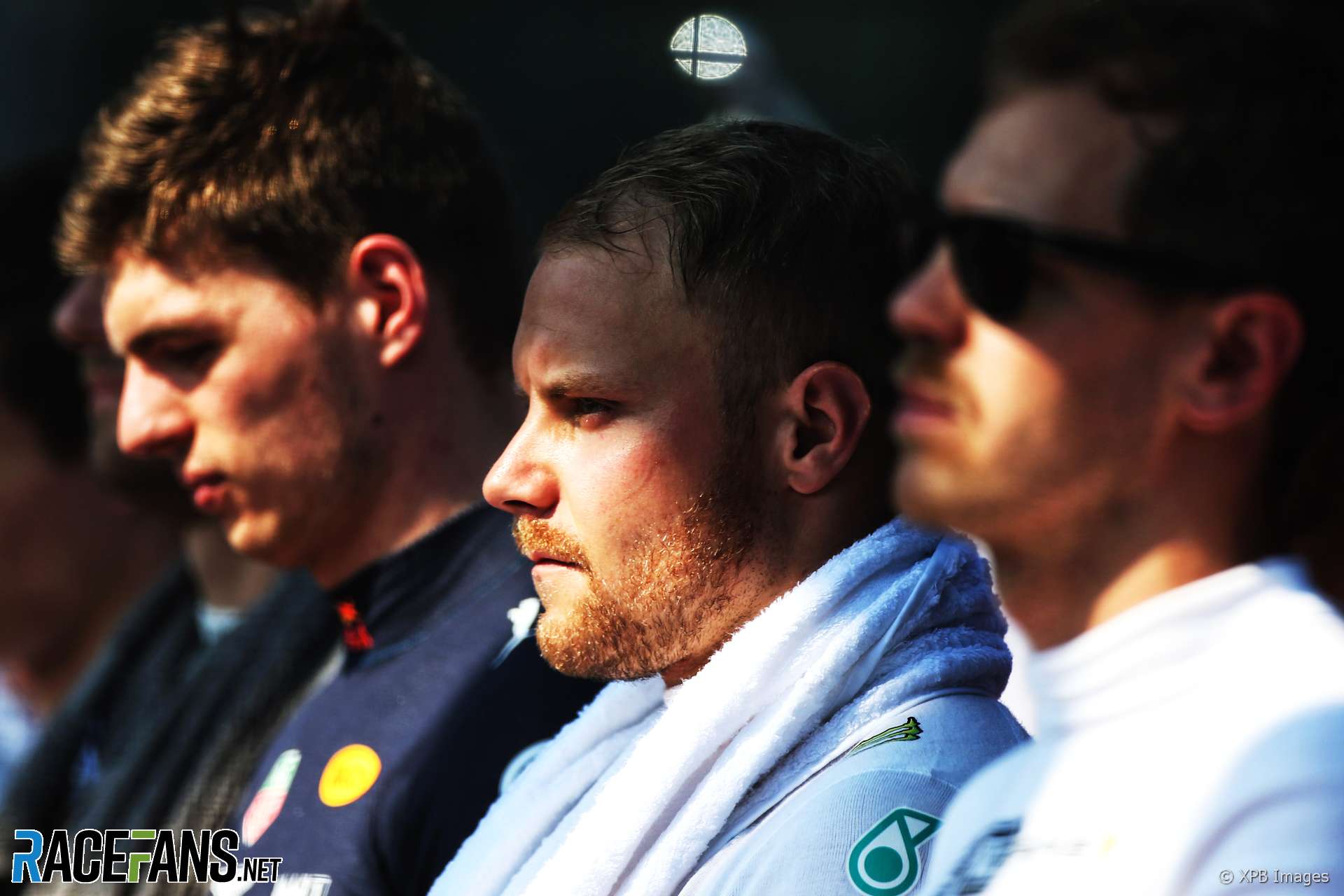 Will Mercedes keep Valtteri Bottas for another year? The performance of his predecessor Nico Rosberg and the timing of his last deal gives a useful perspective.

It’s 22nd July 2016, two days away from the mid-point of the season. Nico Rosberg is leading Mercedes team mate Lewis Hamilton in the drivers’ championship by a single point, and the team have given him a timely boost by extending his contract.

Rosberg’s new deal is for two years, covering the 2017 and 2018 seasons. But, as we all know, he never spent those two years in a Mercedes.

Confounding expectations on two counts, Rosberg first beat Hamilton to the 2016 title – prevailing by just five points – and then bid farewell to Formula 1.

Needing a new driver in a hurry, Mercedes extracted Valtteri Bottas from his deal with Williams to partner Hamilton for 2017. He scored his first pole positions and wins, and helped the team sustain what promises to be a record-breaking streak of championship successes.

But for all this, does the team now seriously believe it has a better alternative to Bottas on the shelf in the form of Esteban Ocon?

In their 52 races as team mates so far, Hamilton has out-qualified Bottas 35-17, a ratio of roughly two to one. For a relevant point of comparison, over the 52 races before Rosberg’s last Mercedes contract was signed, their qualifying scoreline was much closer: Hamilton ahead by just 26 to 24 (there were two races where one of their cars was unable to set a time).

The raw qualifying result between team mates is one of the simplest and more compelling measures of driver performance. But what ultimately matters is the number of points delivered. Here the picture is more complex, not just because of unreliability and incidents, but also because during Hamilton and Bottas’s time as team mates the pair have faced a more consistently strong threat from their rivals, particularly Ferrari in 2017-18.

Nonetheless, over his last two seasons alongside Hamilton, Rosberg contributed 48.1% of the team’s points tally. Theoretically, if a team hired the two best drivers available and both were equally talented, each should score 50% of their tally, so this is about as good as Mercedes can realistically hope to achieve.

He looked in much better shape until the last two races. Whether the pressure of the championship or the doubt over his future were influential or not, Bottas had a rotten couple of races in Germany and Hungary.

“When contract-wise, you’re on the limit, it never helps,” he admitted afterwards. “Some people might think that some drivers perform better under pressure, when things are in the limit, but for sure for me it doesn’t help.”

It would be easy to exaggerate the significance of these figures. Yes, Bottas is quantifiably not delivering at Rosberg’s level. But the deficit is not so great. And then there are the less quantifiable aspects of a driver’s performance – the soft skills, the team interaction, the relationship with the occupant of the other car. On the latter, Bottas very clearly out-scores his predecessor…

On that point, we should also keep in mind the standard Bottas is being judged against: Hamilton is the most successful driver among his peers, arguably one of the all-time greats. He has scored more pole positions than anyone in the history of Formula 1. Is it really worth dropping the guy who this year has averaged just 78 thousandths of a second slower than him?

The other side of the question is whether Mercedes should promote the only driver being considered as Bottas’s replacement: His 22-year-old successor as GP3 champion Ocon.

We are not privy to the data Mercedes has on Ocon’s performance as he logs endless days in their simulator. Still, it is striking that in the 12 days of testing so far this year, Mercedes has not availed itself of the opportunity to run Ocon in a single one of them.

So there is at least one data point which may give Bottas cause to hope his place in the team is not in immediate danger.