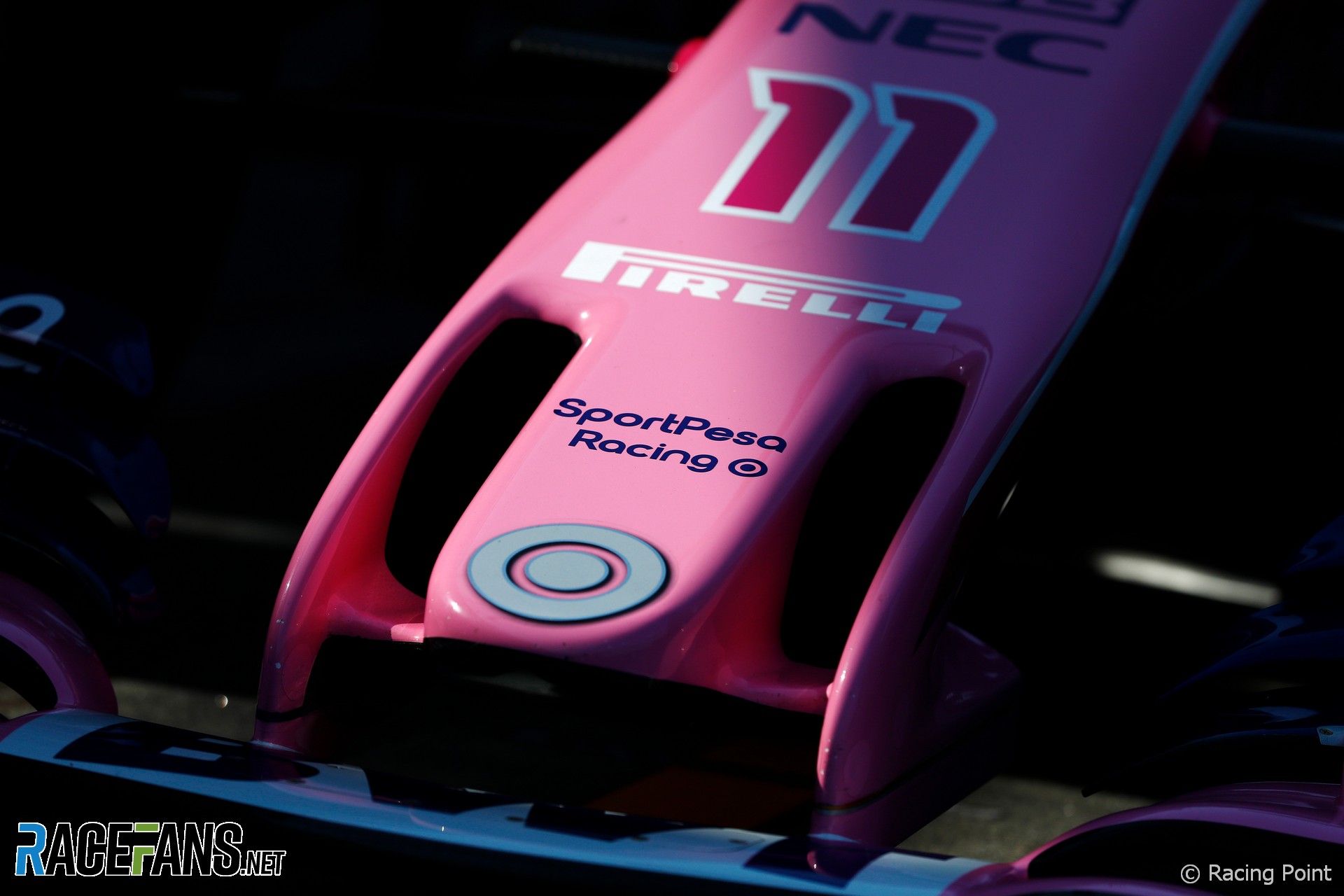 Racing Point’s title sponsorship deal with SportPesa will not be affected by the Kenyan betting company’s decision to cancel several of its sponsorship programmes.

Several publications quoted a statement from SportPesa on Friday saying it “will be cancelling sports sponsorships effective immediately” and that “all clubs and partners will have received notices as provided for in their contracts.”

However RaceFans has established the statement applies only to the firm’s operations in Kenya. Its Racing Point deal is one of several international branding deals involving SportPesa, such as its sponsorship of the Everton English Premier League soccer team.

“It is with great regret that the Kenya CEO of Sportpesa has announced the discontinuation of all of the brand’s local, Kenyan based sponsorships and partnerships,” a SportPesa spokesperson told RaceFans.

“This decision has been made in light of continued illegal and unfounded actions against Sportpesa’s business in Kenya by the Kenyan government and regulators. This action by the government has for now removed the business case for our continued patronage in Kenya.

“None of Sportpesa’s sponsorships in the rest of the countries in which Sportpesa operates are affected by this change of policy and will continue as before.”

SportPesa is among a group of betting companies involved in a long-running dispute with the Kenya Revenue Authority over licences and taxes.

Racing Point’s SportPesa deal was first revealed by RaceFans in January. It was officially revealed by the team in its pre-season launch event the following month. The brand has a two-year deal to sponsor the team, with an option to continue for a third season in 2021.

Racing Point acquired its current title sponsor after the team, formerly known as Force India, was officially renamed following its takeover by a consortium headed by Lawrence Stroll last year.