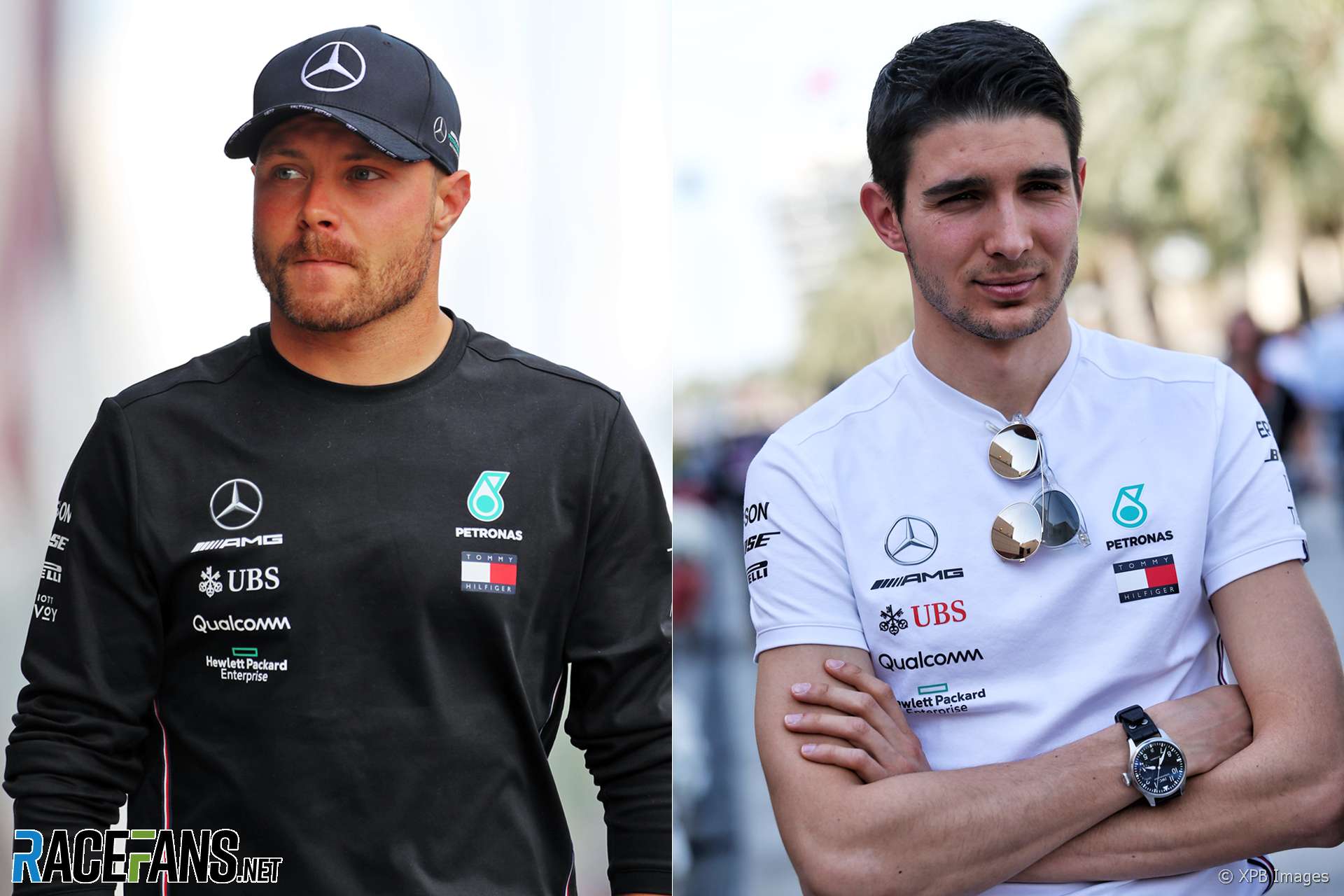 Mercedes’ decision who will be Lewis Hamilton’s team mate next year could have a profound effect on the 2020 F1 driver market.

Current driver Valtteri Bottas is bidding for a fourth season at the team. But reserve driver Esteban Ocon has been promised a drive somewhere this year after losing his race seat at Force India.

Mercedes team principal Toto Wolff has indicated the decision will come down to a straight choice between their current driver and their reserve. So who should it be?

Bottas may not be performing at quite the same level as his predecessor Nico Rosberg, but Mercedes have plenty of reasons to be satisfied with his performance. The Hamilton-Bottas partnership has continued the team’s streak of constructors’ championship titles.

Although Bottas may not be winning races at the same rate as Rosberg was, nor looking as likely to snatch a championship from Hamilton, this could be a preferable situation for the team in some ways. The relationship between their two current drivers is clearly healthier than it was when Rosberg was Hamilton’s team mate. It is hard to imagine the current pair triggering a Spain 2016-style doubt wipe-out.

Add in the inevitable uncertainties which would come with replacing one driver for another, and Mercedes has ample cause not to change its current line-up.

Ocon’s progress up the single-seater ladder has been far slower than his talent has justified. After winning the European F3 title in 2014 he moved sideways into GP3 instead of up to GP2. Nonetheless he won that title – but was then shunted into the DTM. His first F1 chance came in mid-2016; had it come sooner, perhaps he could have impressed Mercedes enough to give him a chance when Rosberg quit?

Regardless, he has certainly proved himself ready for the opportunity in the intervening period. He was conclusively the quicker of the two Force India drivers last year and (rightly or wrongly) showed his willingness to face down the driver who is emerging as Mercedes’ most formidable opponent – Max Verstappen – on the track.

Ocon has made a case for himself as being potentially as quick as Bottas – but a tougher prospect on the track. The team doesn’t know whether Hamilton will stay after 2020, so now is the time to give youth a chance.

The heart says Ocon. He’s from a humble background, he had a tough climb through the junior categories and he didn’t deserve to lose his F1 seat following his most competitive season yet last year.

But I’ve got nothing against Bottas, and the head says he’s the logical choice. Put simply, he’s doing well enough for Mercedes not to need to replace him, notwithstanding his shaky run in the last two races. It’s Bottas for me.

Should Mercedes opt for Bottas or Ocon next year? Cast your vote below and have your say in the comments.

Who should Mercedes hire to be Lewis Hamilton's team mate in 2020?

117 comments on “Poll: Should Bottas or Ocon get the second Mercedes seat?”