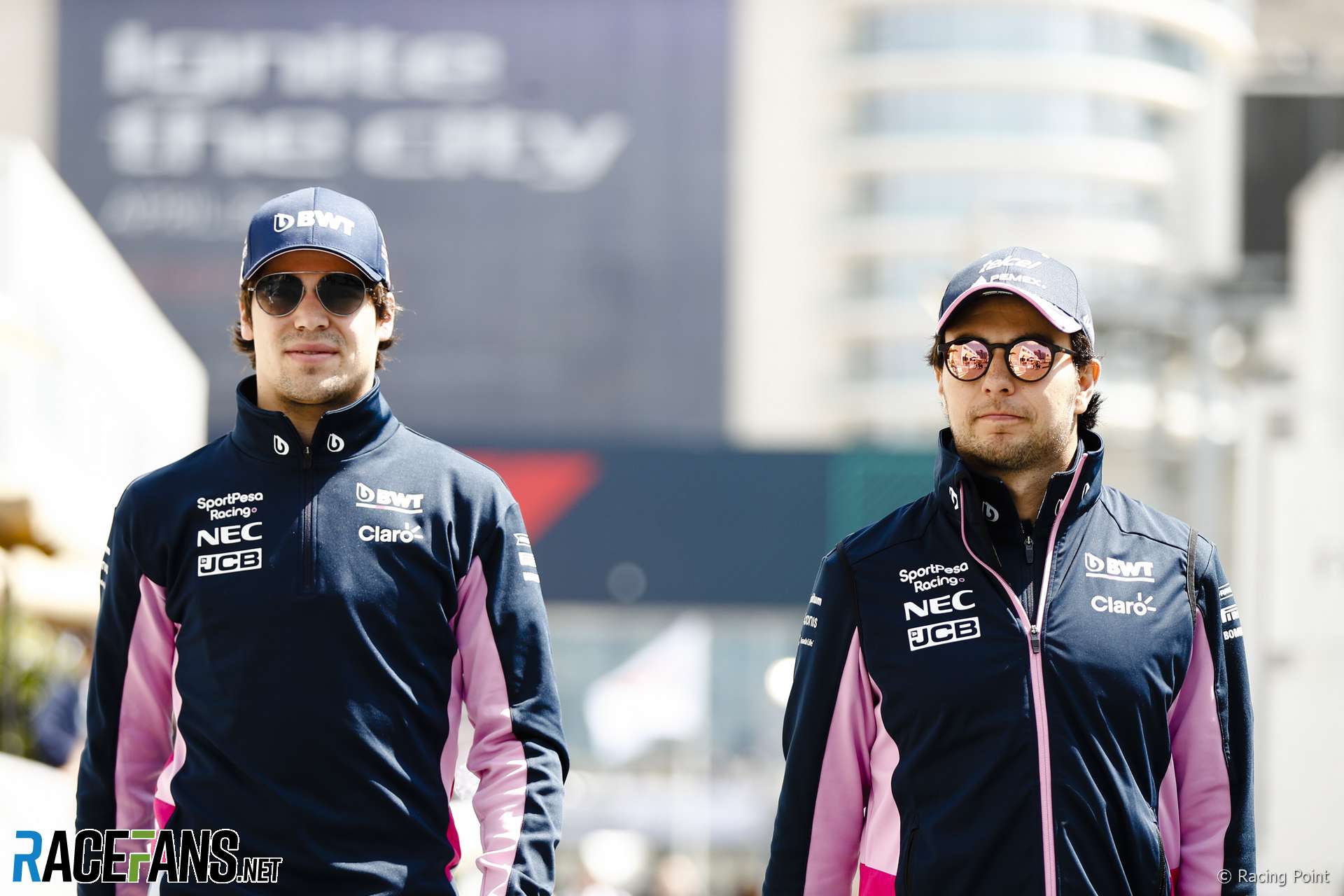 In the round-up: Racing Point team principal Otmar Szafnauer says the team is close to announcing its drivers for the 2020 F1 season.

Szafnauer was asked whether the team is likely to extend Sergio Perez’s contract. The team’s other car is driven by Lance Stroll, son of team owner Lawrence Stroll:

Nothing is done until it’s done but we’re well on our way.

I think in due course, not that far into the future, we’ll make the announcement.

"An activist who was assaulted, tortured and imprisoned for three years for criticising the Formula One race in Bahrain has been freed by authorities today."

"I wouldn’t say it has been a pleasant surprise, but it has definitely been a lot more competitive than maybe I first thought."

"In the wet FP1 session this morning, championship leader Jamie Chadwick (UK) had trailed Emma by 0.421sec. But today has not been the best of days for Beitske, currently second in the championship, for she was last in FP1 owing to an electrical problem with her car, and seventh in FP2."

The immediate U-turn over Ferrari’s fine for Charles Leclerc’s unsafe release in Germany points to an obvious conclusion:

It was always a time penalty (when done during the race) until the stewards decided to change it for no good reason. Now we have a discussion about it and we all agree the rule was good in the first place. And if the stewards just did it right in Germany we didn’t even need to have this discussion. They messed up.
GtisBetter